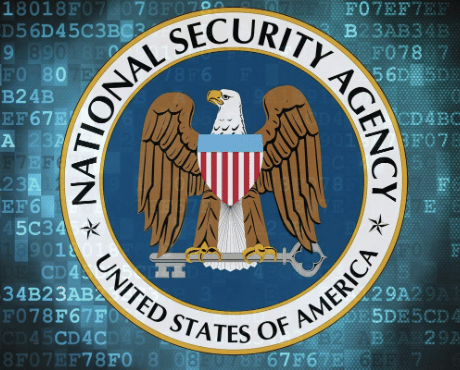 The NSA’s spy program failed miserably, but some spooks want to expand it

The US National Security Agency spent $100 million over three years on illegally collecting millions of American phone records – all for two reports with unique counterterrorism intelligence, according to a declassified report from an NSA oversight body.

So naturally, intelligence officials and lawmakers want the NSA’s records collection program reauthorized, and some even want it expanded to include more modern forms of communications such as encrypted chat apps.

The NSA’s failed spying scheme is detailed in a report released Wednesday by the Privacy and Civil Liberties Oversight Board (PCLOB). Congress faces a March 15 deadline to decide whether to renew the NSA’s program.

According to the PCLOB report, the latest iteration of the NSA’s data collection scheme – which was “reformed” by the Freedom Act in 2015 – was not abused or intentionally misused. Nevertheless, the program resulted in the collection of some 1 billion records on more than 18 million phones.

Much of the metadata was illegally collected due to human error, PCLOB said.

In a particularly illuminating example, the NSA used outdated and misleading intelligence information in a FISA application – due to an FBI agent being on vacation.

According to the report, a “foreign partner” provided additional information to an FBI analyst that would have called into question certain facts included in the FISA application. Because the analyst was on vacation, the additional information was not conveyed to the NSA until the agency already used the FISA order to vacuum records.

And despite collecting more than 1 billion phone records – whether legally or otherwise – the NSA only produced 15 intelligence reports, and only two with information the FBI didn’t already have, according to PCLOB. Moreover, of the two relevant reports, one led to a dead end and the details of the other were redacted by PCLOB.

“The low volume of intelligence reporting produced by the program — 15 reports over several years — is particularly informative, especially when coupled with NSA’s assessment that it would expect a program of this scale and expense to generate hundreds or thousands,” the report said.

But like so many other government programs, US spooks now argue that the NSA’s authority should not only be renewed, but expanded, too. You see: the NSA has been limited to collecting metadata from traditional phone services, and needs to also be able to collect the same from chat applications, social media, emails, and other sources.

Two PCLOB members made this case in Wednesday’s report.

“The [Freedom] Act did not provide … authority for the myriad other ways in which terrorists may communicate, from emails to encrypted messaging. That proved to be a problem,” PCLOB members Aditya Bamzai and Jane Nitze said in the oversight report. “Thus, in the future, for surveillance authorities to be useful in a world of rapidly advancing technology, they should be neutral as to communications methods.”

It’s also noting that despite the instances of improper data collection identified in the report, PCLOB still argued that overall the program is constitutional.

“We first consider whether the collection of telephony metadata under the [records collection] program constituted a ‘search’ or ‘seizure’ under the Amendment’s text as interpreted by relevant Supreme Court cases,” PCLOB said. “We believe it did not, and that the program was constitutional for this reason alone.”

Take PCLOB with a grain of salt, however: The body was created by the Bush administration in 2004, and allowed rampant abuses to go unchecked for years. Somehow, the board found that even the NSA’s original bulk data collection program – exposed by Edward Snowden – was constitutional, too.

To their credit, two board members, Ed Felten and Travis LeBlanc, released their own dissenting statement, calling for the unconstitutional program to be permanently shuttered.

“This large-scale CDR program surely sweeps in the CDRs of protestors, journalists, political activists, whistleblowers, and ordinary people,” Felten and LeBlanc said. “In the end, whether for concerns over constitutional implications or for policy reasons, we concur with NSA’s decision to end the program and believe the program should remain shuttered.”