The Philosophy of No One

The Philosophy of No One 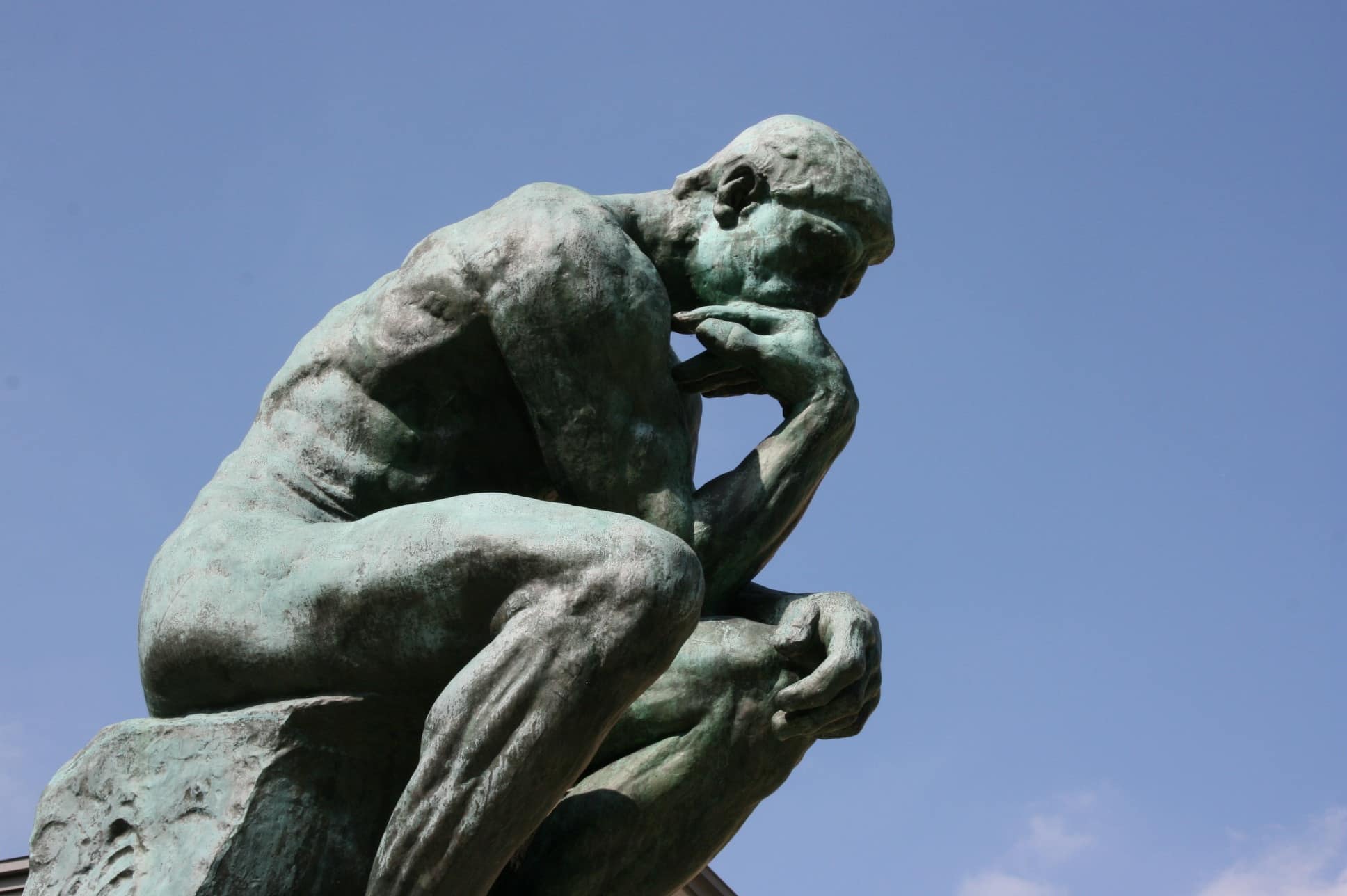 Philosophy is that ancient gift that speaks to us despite the distance of time. The wisdom and perspective of those long dead carry words of weight and understanding that allows us to find a commonality with a past that is beyond imagination. It can allow us better reflection for now, and to grant us a perspective of scale.

The human condition is universal, unconstrained by place or time. It is a constant of all culture and race. The wise thoughts and timeless ponderings from those who lived and have been long dead are a testament that in time, we too shall be dead. Our lives can be as significant or as wasteful as we are allowed and allow ourselves. Philosophy in its many forms is the individual’s contemplation and explanation of self and the world outside. It is the many seeds for thought. What they may blossom into is unknown and as unique as the soil of the individual’s mind.

In time as faith and philosophy eroded away and institutions became more powerful than the god’s themselves, humanity invented ideology. The Utopian materialism of mechanised coercion, and far worse than theological religion, it is the belief that humanity can be steered, manipulated, and strangled into compliance; a compliance that will yield an imagined outcome dreamed up by the most arrogant, maniacal, and driven minds.

Whereas philosophy of the past came in many forms, it was for the individual to direct themselves and to contemplate their own actions and thoughts. To improve the world one deed at a time and by becoming a glowing example of a way, not just the way. It was the many understandings of self and community. The fertile potential for the solitary being, the many, the ruler, and even the tyrant.

It is in the absence of different voices, not just all but any other philosophy that many are unable to weigh up that which seems right to them, in a given time and place. The understanding that ones own self can go through many transformations. Our thoughts and circumstances will always change. Ones own philosophy may switch and mutate, evolve and at times disappear. And beyond the complexity of our own self lay the millions of others who inhabit this world and their own needs and considerations. Philosophy can be the wise appreciation of this. Ideology is the maniacal need to conform and command all under one, in the service of an imaginary common goal. That it turns out is not so common after all. That is why force is required.

In the disappearance of any philosophy, one tends to lack principles and the dignified ideals of self along with the respect of many others. Instead they are a rudderless vessel flowing upon the currents of other’s will and lost to the winds of contemporary demands. It is then with the avatar and conformity of ideology that one can replace self accountability with the promises of such an ideology. Whether atheist or a theological believer, ideology can infect ones mind in the belief that all and everything is for the common good, the public interest.

It is an apparent selfless fulfilment of a social mandate that transcends the individual. Yet, it profits many individuals regardless of any merit or virtues. Individuals who lack personal accountability and philosophical checks are able to do many misdeeds, so long as it is done for a greater good in service of the collective and edges within the rules that are so easily made up. Not with any moral considerations, but often just because the utopia for that time needs such nudging.

The ideology can gratify those who lack a deeper thought into believing that they are doing a universal good. That they are serving a community or a greater abstract, society, people, nation or empire. That they are an important part of a greater team and body which is improving, changing, and modifying the world. They are bringing light to darkness and as many empires in the past proclaimed, civilizing the savages. Such a fulfilment can invigorate an individual and make them a powerful member of a team, allow them to ignore the wrongs and ills. The consequences are corruptions and omissions. It is a grand sensation to be a part of something great, it profits the ego and soul. But horrors and wrongs are spread across the chasm, not to shouldered by an individual. So many wrongs, but so few accountable beings.

Human beings are not angels it is said, that is why they need to be herded and branded like cattle. But it is not angels that lead them and decide for them. And never in the history of humanity has the most noble and sincere of heart been drawn to power. It is all an ideological belief, a union of mercenaries that profit, the naive that lack conviction, and the cynical who enjoy powers trappings. The concert of chaos that is caused by those who proclaim the ideology of order, the unintended consequences always needing more tinkering and meddling, more of the same.

Those who push through the cracks and dare the defy the utopian monstrosity are deemed dangerous or selfish. Even if they have endangered no one, even if they challenge the harm done to others, even if they are selfless in their actions and through their efforts are denied the wealth that conformity brings, they are the radicals. They are by their very nature dangerous. To ask the question is a defiance that defies the perfectness of the institution. They are Kirk asking, “What does God need with a star ship?” The voice of reason is unreasonable when the majority are so convicted to irrationality.

So misery washes across the world, each great and promising civilization proclaimed a great society to be built on the bones of those who were forced to build it or who happened to stand in the way. The many native peoples who did not have the manifest destiny of conquest in their culture, those individuals who travelled to the frontiers to be free and those who sip from the waters of feral liberty are to be the manure of progress, the crushed corpses of the ideological march of civilization.

The philosophy of the past is lost in pages that are seldom read. Instead they become segmented quotations attached to photos to be shared on social media. Not for contemplation or to be an introduction into the study of thought, but as a means to serve the self-help fetish, where one does less contemplation and consideration but instead praises oneself for no other reason other than existence.

Despite these many words and pseudo-individualist proclamations, they tend only to be a self serving affirmation that one is on the right path. So long as money is made, the career is secured and that things are purchased then all is well in the world. The ideology that is realized in the great institution is that it exists for all of us, by all of us. It is for a greater good. Despite millions of diverse beings, somehow the greater good is a singular and homogenised monstrosity that is ensured by a violent monopoly. It is the ideology of cowardice.

Self-sacrifice and charity are confused by forced welfare and bondage. It is not through the self-direction and individual consideration as to what one can do for others and where one should direct their altruistic nature. Instead it is directed. Again the institution of force steers and manipulates and despite its generations of coercion and direction it takes only credit for the accomplishments of individuals and shrugs any blame for the failure of its own mandates. And within it lurks the millions who profit from it, who cheer at its growth and who now depend on it absolutely. Those outside of it no longer have anywhere to go. Yield or die. Be bred out. That is the ideology of the imperialist.

Inside the hearts of some lurks the instinct for justice. The excited sunburst of liberty flickers from within their being. It may not be that mighty rebel yell or the revolutionary chorus that it could be. Instead it is the passive and concealed defiance of individuals who are not cowards and who know better than to conform to the collective monstrosity that is consuming not merely reason, but the physical as well.

It is an inner light that flickers like a candle on the horizon, the storm of tyrants are unable to snuff it out. The pages of laws have yet to bury it and the mercenaries that obey and serve can not strangle it. Like the flower in the pavement it springs up. It is not ideology but dignified philosophy. The respect of others, the respect for self. The principle that others are not your property, no matter how much ideological utopia claims otherwise. It is the glowing smile of mutual deed and cooperation, it is the anarchy of nature. Order and chaos can dance together. It needs no king to compose its harmony, and no experts to steer us all into inevitable ruination. It is the philosophy of no one, just the free. It is beautiful if only it is allowed to see the sun.