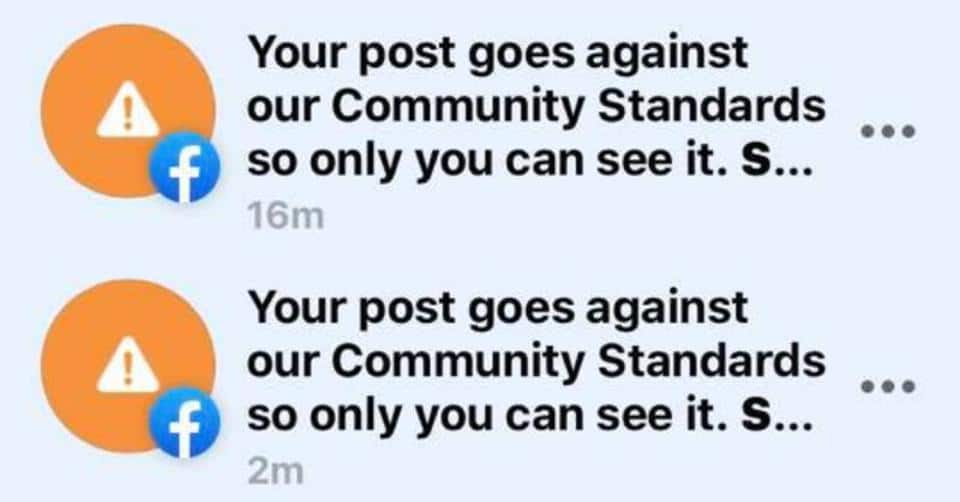 There is an issue that “Libertarianism” refuses to take a nuanced approach to that will inevitably further marginalize it in the eyes of the general public. When it is brought up the “consistent” libertarian/anarchist retreats into the world of informal fallacies, most notably the “false dilemma” fallacy, in which it is assumed by the participant that there are only two opinions to hold on the presented subject. This is usually characterized by canned answers such as, “they’re a private company bro, they can do what they want,” when a company is allegedly acting on its own accord, and in one example, temporarily bans the nation’s oldest newspaper from their platform.

When people such as this author presents evidence that a certain platform will delete accounts on the orders of the American and Israeli governments, they are met with the same vapid response about private companies, yadda, yadda, yadda. In the mind of some who claim to be all about private property, but also preach an anti-State message, it becomes clear they haven’t given consideration to the fact that government actors (GAs) have planned out these schemes with the express intent of making it so that the libertarian/free market type is forced into a corner of not wanting to abandon their principles while GAs construct a system of tyranny around them that they refuse to criticize.

What is even more maddening is that when someone tries to sound the alarm on this loophole the GAs have found, many are met with the insane response that they want the government to do something about it so that makes them statists. Did you hear what they said? The government is the one using this to their advantage. Can thought lacking nuance be abandoned for five seconds so that a third way can possibly be found besides the two that have been defaulted to?

How about loudly speaking out against this arrangement (GAs)? Unfortunately, many are not only so steeped in one mode of thinking when it comes to that “private company bro,” but they also may not want to be seen as being “anti-business” like their blood-enemies the socialists. Where is that going to leave you? Technically, the monopoly power provider in a certain neighborhood may decide they don’t want to do business with the local “white supremacist” (whatever that means anymore). If they turn their power off in 100-degree heat is it just a “private company bro?”

Libertarian/ANCAPS need to address this exploding phenomenon of government using “private” companies as a shield to carry out their war on everything from free speech to mask enforcement. At present, the Right is ramping up efforts to repeal Section 230 which would effectively allow the government to regulate social media platforms, or any contribution sites, as if they’re the public square. This author sees the government as the problem in almost all instances and never the solution. That does not mean these “private” companies should be let off the hook for their collusion. On the contrary, everyone needs to start calling them out on it. That would be a good start for the “libertarian.”