The Reverse Side of Turkish ‘Aid’ to Syria

The Reverse Side of Turkish ‘Aid’ to Syria 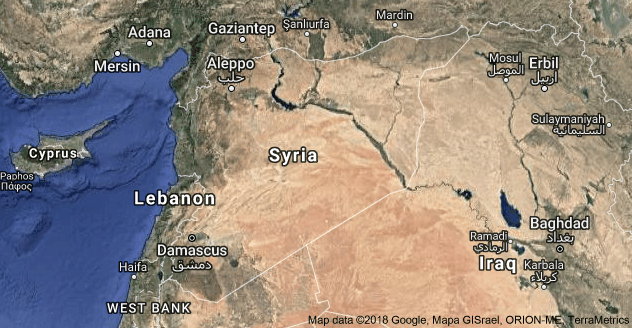 From the beginning of its illegal invasion of Syria, Ankara has been trying to put right its crimes with international community by thinking up arguments and suitable excuses while at the same time veiling real motives for its presence and military actions on the Syrian territory.

The main pretext for these actions is the struggle with Kurdish People Protection Units that pose a threat to Ankara by operating in the areas that border Turkey. Turkish authorities believe that the creation of a Kurdish autonomous state (Rojava) will lead to terrorists flowing into Turkish territory.

For the achievement of his geopolitical goals, in 2016 Turkish President Recep Erdogan declared the beginning of Operation “Euphrates Shield,” directed to fight against ISIS and the Kurdish “Syrian Democratic Forces” in the north of Syria. This was the beginning of the occupation of the Arab republic. The following operation, “Olive Branch,” was conducted in 2018 and resulted in the occupation of Afrin, while another Turkish military operation in 2019, “Peace Spring,” led to the occupation of more territories in northern Syria that had been under Kurdish control.

It is worth noting these operations to violate another country’s territorial sovereignty had no relation to previously stated goals and looked more like colonization than any kind of anti-terrorism efforts. One of Turkey’s national security principles is countering external aggression. But neither Kurdish militia or ISIS terrorists had attacked Turkey, and Turkish forces present in Syria couldn’t be described as taking a holiday trip. Such actions are simply occupation albeit under a mountain of pretexts and false arguments to justify their intentions.

As cover for the aggressive policy which aims to strengthen the influence and distribution of “Neo-Ottomanism” in the region, Ankara opens universities and religious institutions while building houses for refugees. They also actively implement Turkish ID cards, currency, symbolism, and other attributes of the Turkish state in the occupied territories, by means of their allies in different armed groups.

Besides, the creation of the so-called Salvation Government, whose affiliated with the “Hayat Tahrir al-Sham” terror group in the Idlib province, with Turkish assistance has led to the humanitarian situation worsening. Jihadists rose to power and turned towards acts of extortion and civilians kidnapping following with forced enlistment. Therefore more and more Idlib residents desire to live in territory controlled by the Syrian government.

There is a mountain of publicly accessable evidence which proves the terrorists’ corruption. They demand huge amounts of money from civilians to leave their territories. Now, when the country faces a deep economic crisis, the payment for freedom is about $1000. That is too much for ordinary Syrian citizens.

Another facet of crimes committed by Turkish authorities and their proxies in Syria is money they profit off the pandemic. Humanity faced one of the most dangerous threats in 2020—COVID-19 infection. All developed nations, the international community, and humanitarian organizations mobilized to stop epidemic, to create a vaccine, and share it with other countries.

The Syrian government actively works on providing all territories of the country with a vaccine while Hayat Tahrir al-Sham terrorists—with assistance from their Turkish patrons—speculate on the pandemic and sell vaccine doses at $250 per. It’s another testament to the fact that Turkey turns a blind eye to the mayhem committed by its proxies. Ankara is not interested in benefiting a humanitarian situation or returning controlled areas to normal conditions with improvements in citizen’s living standards. The international community must pay attention to a growing humanitarian disaster in Idlib and take essential measures since the struggle with the pandemic remains the core task of humanity.