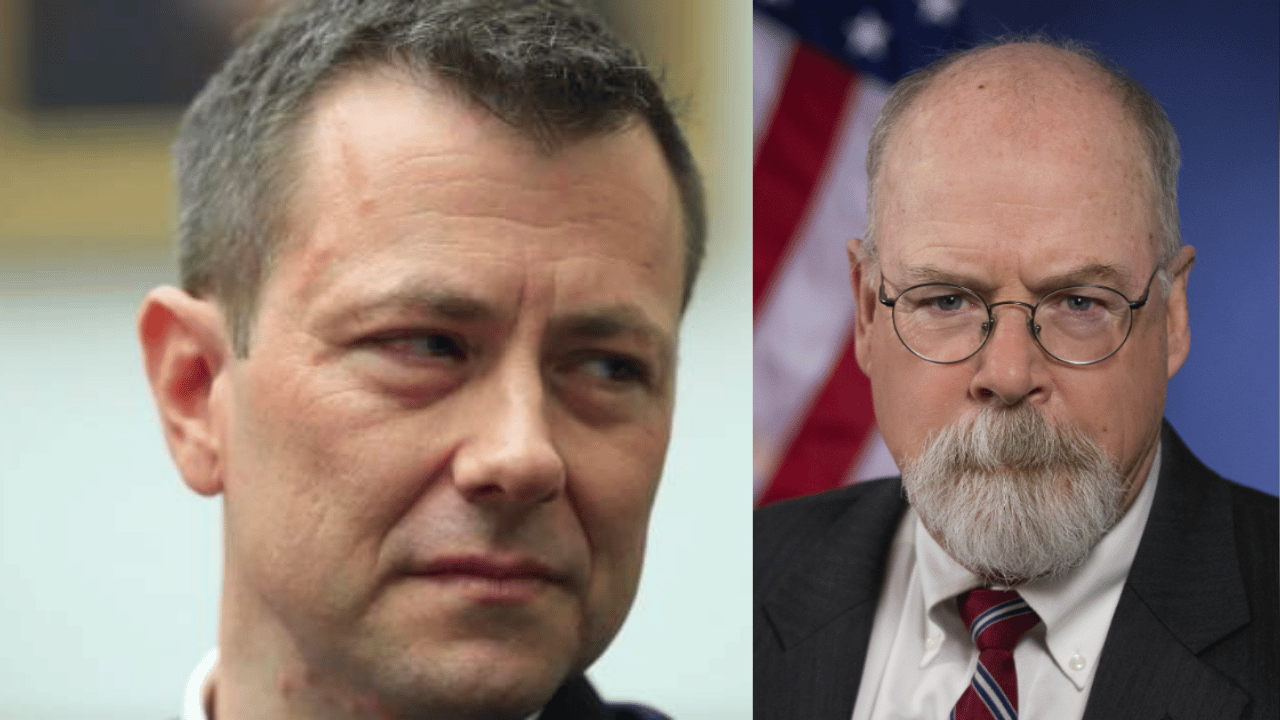 The latest filing by Special Counsel John Durham, investigating Russiagate and the Hillary Clinton campaign, suggests the rabbit hole goes a bit deeper than we thought. One hates to sound like Rachel Maddow, but it is just that much more likely the walls are closing in.

Durham filed a new, 34-page motion on April 15, 2022, in answer to defendant Michael Sussman’s request to dismiss the case against him. Durham accused Sussman of lying to the FBI about his working for the Clinton Campaign while he was trying to sell the Bureau on an investigation into Trump’s ties to Russia, focusing on alleged Internet pings between a Trump server and the Russian Alfa Bank. Sussman’s claims also included a number of pings against Trump Tower WiFi and later White House WiFi by a Russian-made Yota cell phone.

Sussman’s motion basically called Durham case garbage, which pressed Durham to explain to the court why the case needed to proceed, hence the new motion. The court subsequently ruled against Sussman and the full trial will commence May 15.

As he has done in the past, Durham used the required motion as a chance to tip over a few cards he is holding. It looks like aces.

Durham previously established CIA knew about what we’ll call “Russiagate” as of at least July 2016, and briefed President Obama on the same only five days before the FBI’s Crossfire Hurricane full-spectrum investigation into Trump/Russia began. The new filing adds the next chapter. Sussman met with unknown persons at CIA to tell them a Russian Yota cell phone seemed to be following Trump around, attempting to log into the WiFi network wherever he was. This included Trump Tower and later the White House.

At January and February 2017 CIA meetings Sussman claimed the phone first “appeared” in April 2016 (about the time the DNC hack supposedly took place) and even “appeared with Trump in Michigan” when he was interviewing a future Cabinet secretary. Sussman went on to disingenuously claim to the CIA the Yota smartphone used is often gifted to Russian officials.

The problem was the information Sussman passed to the FBI was fake. Phony. Fabricated, much like the Dossier. CIA “concluded in early 2017 Russian Bank-1 data [Alfa] and Russian Phone Provider-1 [Yota] data was not “‘technically plausible,’ did not ‘withstand technical scrutiny,’ ‘contained gaps,’ ‘conflicted with [itself]’ and was ‘user created and not machine/tool generated.’” Reuters‘ own tech people also said they could not authenticate the data and passed on the story. While the CIA declined to open an investigation based on such data, the FBI did, leaving open additional questions on whether or not the FBI was technically unschooled, or in on the greater conspiracy.

This new information also begs the question of why Robert Mueller or DOJ Inspector General Michael Horowitz did not ask why the FBI was so easily fooled when their CIA cousins across the river (and some journalists) saw through the grift. The FBI were warned — on September 7, 2016 the CIA sent FBI Director James Comey and Peter Strzok a warning that Hillary Clinton approved a plan to tie Trump to Russia to distract from her email scandal. Then, only 12 days later, Sussman approached the FBI, who despite the heads-up, took the hook. Hillary Clinton tweeted “Computer scientists have apparently uncovered a covert server linking the Trump Organization to a Russian-based bank.”

This all should also raise questions about Michael Sussman and his role representing the Democratic National Committee and the DNC server hack. Careful research by retired NSA persons suggest the server was accessed from inside the U.S., not hacked from Russia as widely alleged. One hates to go down the conspiracy road, but is Julian Assange, whose Wikileaks released some of the DNC emails, imprisoned in part because he could prove his source for the hacked emails was not Russian, as he has claimed?

Durham also granted immunity to someone at Fusion GPS, the front organization which moved money from the DNC/Clinton Campaign to both Dossier author Christopher Steele and Alfa/Yota pitchman Michael Sussman. The Fusion person is likely Laura Seago. Seago helped sell the fake Alfa data to Slate.

Earlier articles established the Alfa/Yota conspiracy mirrored the Dossier conspiracy in style, funding, and execution. This new information from Durham adds now as with the Dossier, the Alfa/Yota data was fake. The commonalities between the two as yet legally unlinked conspiracies strongly suggest a common backstage element.

We spoke with a former U.S. intelligence officer about what would be involved in managing an operation this size, Alfa, Yota, Dossier, liaison with the FBI, all the media planted bells and whistles, but just the admin side, not the actual spy work. She said it would be a very large job, likely bigger than many overseas stations would take on, something that would need its own working group in Washington. She said keeping the finances clean but covert alone would be a near full-time job.

So what does it all mean? Special Counsel Durham reveals a relentless effort by Democrats to sell the Russia collusion narrative across the U.S. government, to the point where in the absence of derogatory information they created it. The Democrats then enlisted (to date…) Christopher Steele and Michael Sussman to peddle the false information in hopes of stirring someone in the intelligence community to turn their vast resources on Trump and find actual dirt. The venture failed in the initial sense — Trump was elected and completed his term — but large numbers of Americans still believe Trump is allied with the Russians, a hangover likely to last into the next election.