The Superstition of State Authority

The Superstition of State Authority 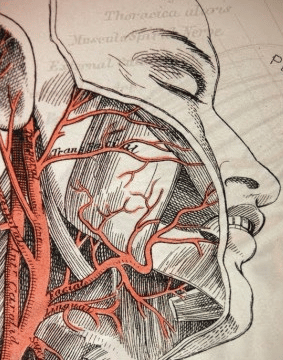 Perhaps the greatest source of state power, Murray Rothbard once wrote, is “its legitimacy in the eyes of the majority of the public.”

Thanks to centuries of propaganda, advanced in no small part in government schools over the past several generations, there exists in the minds of the American populace the dangerous belief that the government possesses a moral “authority” to rule over its citizens.

This belief has lead people, mostly agents of the state, to commit horrific violence against others. Indeed, as Larken Rose wrote in his 2012 book “The Most Dangerous Superstition”:

“Flip through any history book and you will see that most of the injustice and destruction that has occurred throughout the world was not the result of people ‘breaking the law,’ but rather the result of people obeying and enforcing the ‘laws’ of various ‘governments.’ The evils that have been committed in spite of ‘authority’ are trivial compared to the evils that have been committed in the name of ‘authority.’”

Moreover, as Rothbard noted, the belief in the legitimacy of the state has dulled the conscience of the masses to the immorality of government aggression. “(T)he depredations of the state are looked upon rather as benevolent services. Taxation is generally not seen as theft, nor war as mass murder, nor conscription as slavery,” he wrote.

Before proceeding further, it is important to establish what is meant by authority in this context.

“‘Authority’ can be summed up as the right to rule,” wrote Rose. “It is the supposed moral right to forcibly control others.”

When people believe in the “authority” of the state, according to Rose, it means they believe the state has “the right to control other people, which implies that those being controlled have a moral obligation to obey.”

Many individuals and groups have the ability to forcibly control others, such as violent street gangs or thugs, notes Rose. But people, especially the victims, rightly recognize that when gangs use force to extort, rob or otherwise control others, those acts are immoral and unjustified.

The belief in government “authority,” however, makes people justify these same acts of aggression when the state carries them out. “What distinguishes a street gang from ‘government’ is how they are perceived by the people they control,” observed Rose.

The “Nuremberg Defense” is a term popularized in the post-World War II military tribunals in which Nazi leaders being tried for war crimes by the Allies claimed innocence because they were “just following orders.”

The belief in the righteousness of orders coming from an “authority” leads otherwise decent people to commit acts their free conscience would never allow them to do.

Imagine regular people flying across the globe to murder strangers that posed no threat to them or breaking into strangers’ houses to haul them off to a cage simply because they are in possession of an unapproved plant.

But such violent injustices occur on a mass scale every day by soldiers and police under the guise of “just following orders.”

It’s the irrational belief in a fantastical “authority” of government that enables people to override their conscience and commit atrocities against innocent people.

Consent of the governed?

“The distinguishing feature of ‘government’ is that it is thought to have the moral right to give and enforce commands,” notes Rose.

But from where does this belief in the state having a moral right to rule others come?

Perhaps the most often used justification is that the people in society confer this authority by voting: the consent of the governed. In other words, society consents to whatever rules the ruling class enacts and however they choose to enforce them because the government is us. We voted for them, therefore they represent our wishes, goes the theory.

But such justifications are nonsense.

First, people cannot grant powers that they themselves don’t possess to another person, group or institution. Citizens have no moral right to forcibly take a portion of their neighbor’s income, or choke them for selling cigarettes on the street – how can we confer these rights to government?

Furthermore, as Rose points out, “the concept of ‘consent of the governed’ is a contradiction. If there is mutual consent, it is not ‘government’; if there is governing, there is no consent.” An institution cannot at the same time be coercive and voluntary.

Moreover, nobody can give their consent for something to be done to someone else. That’s not consent, that’s aggression. “It defies logic to say, ‘I give my consent for you to be robbed,’” Rose concluded.

And let’s not forget the fact that the government does not “represent” the people in any meaningful way. A person’s true representative: would be subject to that person’s orders, can be dismissed at any time, and can’t act contrary to the wishes of that person. Government fails on all these counts.

Guided by conscience, not orders

To be clear, a stateless society would not be some Utopia in which all aggression and violence has been eliminated. There would still be bad people who do bad things to others.

But a stateless society wouldn’t institutionalize aggression and violence like the state does, with a monopoly no less. People would no longer be under the delusion that aggression is justified when it’s done in the name of the state.

“On the contrary,” Rose argued, “being a moral person requires taking on the personal responsibility of judging right from wrong and following one’s own conscience, the opposite of respecting and obeying ‘authority.’”

With the existence of the state and the belief in its “authority,” atrocities on a grand scale are deemed morally defensible by citizens who would rightly be appalled if those same acts were committed by a group not perceived to have a legitimate claim to rule over others.

In a free society, citizens would be freed of this superstition, and would never tolerate the kinds of injustices and violence that the state inflicts on a daily basis. As Rothbard wrote, a free society “minimizes both the opportunity and the moral legitimacy of the evil and the criminal.”

Importantly, if we strip the state of its legitimacy in the eyes of citizens, it will be revealed as a “channel for all manner of antisocial crime — theft, oppression, mass murder — on a massive scale,” according to Rothbard.

From there, it is but a small step to recognize that “surely the abolition of such an engine of crime can do nothing but favor the good in man and discourage the bad,” Rothbard concluded.