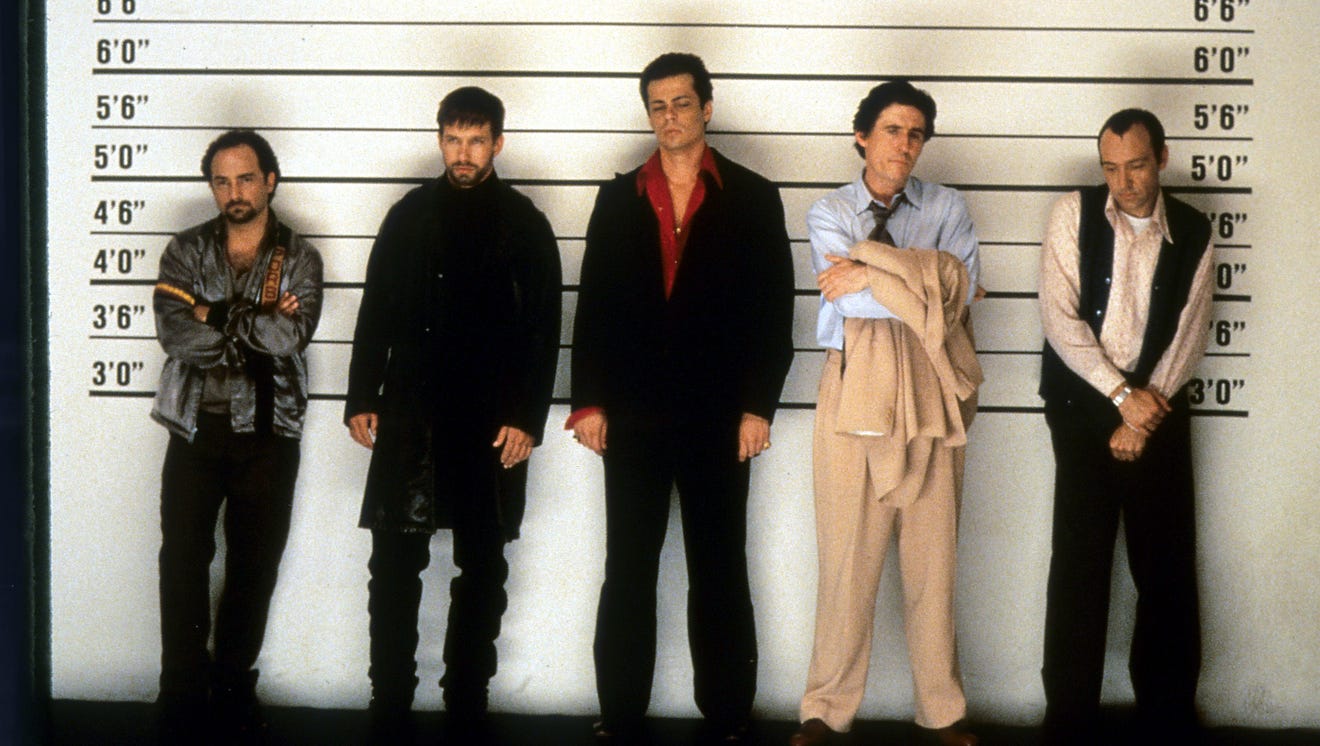 Here we go again. Since the original Gulf War in 1991, a certain pattern has emerged. Every few years, the regime in Washington attempts to whip the American people into a frenzy so as to support the latest American invasion “necessary” for regime change, “spreading democracy,” or some other agenda item.

It worked with Iraq in 1991, with Serbia in the late 1990s, and with Iraq again in 2003. It worked in Libya in 2011. They tried it again in 2013, but Americans showed so little interest in the floated Syria invasion that the move was eventually rejected by the White House. The American regime was forced to resort to small-scale under-the-radar mini-wars designed to keep the military spending going while avoiding any large-scale mobilizations.

But they keep on trying. This time, with conflict ongoing between Russia and Ukraine, the enemy is Russia. The latter has increasingly been a bogeyman for American neoconservatives and paranoid anti-Trump neo-McCarthyites for a growing number of years. Yet war with Russia is hardly a crusade of righteousness, and it brings with it the risk of catastrophe. Calls for an American military “response” to the Ukraine-Russia conflict must be fully rejected.

The Usual Suspects Push for War

All the usual suspects are making all the usual claims. For example, Melinda Haring of the Atlantic Council insists that the U.S. must now fight a new war to prevent future wars. After all, she claims,  further unanswered action by Russia “could inspire China to take aggressive military action in the South China Sea or across the Taiwan Strait.” It’s basically a variation on the old domino theory. If you don’t fight the bad guys in Country A, you’ll end of fighting them in countries B,C, and D also. This is only one step removed, of course, from the Iraq-era and Vietnam-era slogan of “we have to fight them over there or we’ll be fighting them in Kansas City!” (The U.S. lost both of those wars, and we’re still not fighting “them” in America’s streets.)

In addition, the Biden administration has promised to impose a “severe cost” if the Russians take “aggressive action.” Biden even allegedly has been more alarmist on the matter than even the Ukrainians themselves, supposedly telling the Ukrainian head of state that Kyiv would be “sacked.”

The organs of so-called Conservatism, Inc., meanwhile have also been pushing for similar belligerence. The Washington Examiner has repeatedly pushed for more military intervention in Ukraine. In a Friday column, Examiner writer Jamie McIntyre wants the U.S. to ship more weapons to Ukraine on the model of arming the Mujahideen in Afghanistan in the 1980s.

Meanwhile, Examiner writer Tom Rogan has penned an article in The Wall Street Journal attacking the German government for being insufficiently bellicose toward Russia. Those who remember the Iraq War of 2003 will recall this old strategy of badmouthing any American ally who is unenthusiastic about starting new wars. Back then, it was France and Germany, who were denounced by Donald Rumsfeld in 2003—in a fit of sour grapes—as “old Europe.” GOP politician Kenneth Timmerman then penned an extended anti-French diatribe in his book The French Betrayal of America in 2004.

Today, having been proven right by the American debacle in Iraq, it’s once again Paris and Berlin who are trying to defuse the potential for a wider war. In response, Rogan says Germany is “putting Russian interests before those of the West” and that Germany is “no longer a credible ally [us the U.S.].” Germany’s sin, it seems, has been to purchase natural gas from Russia, and to resist calls for facilitating weapons transfers to Ukraine.

As is so often the case, the American hawks are trying to present the conflict as an easy case of evil Russians versus blameless Americans and their allies. This has long been the common tactic, since every new target of US foreign policy—whether Saddam Hussein or Slobodan Milosevic or Assad—is the next Hitler bent on world domination. The real situation, of course, isn’t that simple.

Political factions in the nation have long fought over whether or not the regime would lean toward favoring “the West” or favoring rapprochement with Russia. The U.S. regime, of course, has long been more than happy to intervene where it can to “encourage” the Ukrainian regime to move into the U.S.’s orbit.

Politically, however, this move toward the U.S. is not a slam dunk in Ukraine. Ethnic Russians likely compose 20 percent to 40 percent of the population of several eastern provinces, and this ethnic Russian minority has long feared anti-Russian legislation out of Kyiv. This has often limited just how much the regime in Kyiv can be seen favoring alignment with the West. After anti-Russian factions installed a new government in 2014, the fears of many ethnic Russians were confirmed: the Ukrainian parliament passed legislation outlawing the use of Russian as a second language. (The executive branch eventually vetoed the effort. But, many reasonably feared this wasn’t the last bit of anti-Russian legislation.)

This, in part, has led to de facto separatism in some areas of eastern Ukraine, and to the ongoing War in Donbas between pro-Russia separatists—supplied largely by Russia—and the Ukrainian state.

The U.S., for its part, has never shied away from meddling in Ukrainian affairs to “encourage” a turn toward the West. One key tactic in this regard has been to repeatedly hold out the idea of NATO membership to Ukraine. This has long enticed the Ukrainian regime with the promise of military defense paid by American taxpayers.

But this also alarms the Russians. After all, the gradual movement of NATO membership eastward has placed NATO, what has become a de facto anti-Russian organization, on Russia’s doorstep. The Russians view potential Ukraine membership in NATO as a real threat to Russian sovereignty. Consider, for example, how the US would react if the Mexicans signed a mutual defense pact with China. Thus, the NATO game has made the Ukraine’s orientation toward the West a high-stakes situation.

This has been a long-simmering problem with Russia as NATO has expanded eastward over time. The Russians view this as particularly treacherous since they claim that U.S. had promised in 1990 to not expand NATO even “one inch eastward.” The U.S. denies this promise ever occurred, but Joshua Shifrinson has shown this did, in fact, occur. He notes in The Los Angeles Times in 2014:

hundreds of memos, meeting minutes and transcripts from U.S. archives indicate otherwise. Although what the documents reveal isn’t enough to make Putin a saint, it suggests that the diagnosis of Russian predation isn’t entirely fair. Europe’s stability may depend just as much on the West’s willingness to reassure Russia about NATO’s limits as on deterring Moscow’s adventurism.

This latter point is as true today as it was in 2014. In recent talks, Russia has reiterated its demand that Ukraine not be eligible for NATO membership. Yet, even though NATO’s raison d’etre ended with the collapse of the Soviet Union, the U.S. continues to seek its expansion as a means of augmenting the U.S.’s ability to carry out a growing list of military interventions, such as the bombing of Libya in 2011, or the 1998-9 wars against Serbia.

So, rather than embrace what could have helped defuse tense relations with a nuclear-armed power, the U.S. stuck to continued antagonism in the form of NATO expansion.

Things Could Spin Out of Control

To make matters worse, the U.S. continues to keep indirect military action on the table. Even if the U.S. avoids direct confrontation, however, indirect measures could still lead to disaster. As Lyle Goldstein points out,

U.S. military intervention, whether direct or indirect, in a Russia-Ukraine war would have deleterious and even catastrophic consequences. An indirect U.S. military role, such as offering weapons and military trainers, may sound appealing. Yet, such activities would further cement the “New Cold War,” might prolong the war and the killing, would strain the NATO alliance, and could encourage Russian horizontal escalation, whether in Syria or even Venezuela.

Perhaps the biggest risk is posed by the likely deployment of additional U.S. troops and contractors to help to train Ukrainian forces on using U.S.-origin systems. If any U.S. personnel end up on the front lines and are killed in the event of a Russian invasion, the stakes – and the prospects for escalation – will rise dramatically.

Yet, the usual war hawks continue to show interest in accelerating U.S. involvement in the Ukraine conflict which is likely to end up putting U.S. soldiers in harm’s way, and potentially ratcheting up the chances of a real and catastrophic military conflict with a nuclear power.

Fortunately, many Americans seem to not be falling for the latest calls for ever greater levels of foreign adventurism. Few candidates of either party this fall appear to be making war against Russia a plank for their fall campaigns. It could be that, when it comes to foreign policy, many voters have actually learned something from the past thirty years.

Given that 84 percent of Americans don’t know where Ukraine is, it’s unlikely many Americans understand the political ambiguities underlying the Ukraine conflict, but perhaps many also know enough to know when they’re being played.