Think Deficits Are Bad Now? You Ain’t Seen Nothin’ Yet

Think Deficits Are Bad Now? You Ain’t Seen Nothin’ Yet 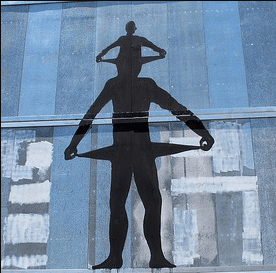 The Trump administration has been operating with a crisis-like fiscal policy for nearly four years. Now it looks like America’s hurtling toward a genuine economic crisis. What’s next?

The U.S. appears to be heading for economic lockdown as the impact of the coronavirus grows. Ever the Keynesian, President Trump has promised fiscal stimulus to offset the economic impacts. The actual plan remains unclear, but the Trump administration has floated a reduction in payroll taxes, along with bailouts and loan guarantees for struggling industries. While the details are murky, one thing is certain — it will cost billions of dollars.

Meanwhile, the US government is already living far above its means. The Trump administration recorded another massive budget deficit of $235 billion in February, according to the latest Treasury Department report.

The February deficit was up about $1 billion year-on-year. That may not seem significant, but it follows on the heels of a $32.6 billion deficit in January. The U.S. government ran a surplus in January 2018.

February’s shortfall brings the FY2020 budget deficit to $625 billion. That compares with $544 billion at this point in FY2019.

The deficit trajectory was clearly upward, even before adding billions in spending for coronavirus relief.

Spending continues to be the culprit. Government revenues were up 12 percent year-on-year last month, but spending also rose 5 percent compared to February 2019 and was up a whopping 22 percent in January. So far in this fiscal year, the federal government has spent just a hair under $2 trillion.

The U.S. government was on track for a $1 trillion deficit this fiscal year, even before coronavirus. That’s the kind of budget deficits one would expect to see during a major economic downturn. The federal government has only run deficits over $1 trillion in four fiscal years, all during the Great Recession. The U.S. was on that path before the recent coronavirus economic upheaval even while Trump called “the greatest economy in the history of America.”

And now it looks like the U.S. is on the cusp of a legitimate economic crisis.

That raises a question with only ugly answers: if deficits are this bad now, what is it going to look like when coronavirus spending starts to come through the pipeline? As Peter Schiff said in a recent podcast, “They’re talking about loan guarantees for everybody. How is the government that’s the world’s biggest debtor going to guarantee anybody else’s debt?”

This raises another question: how will the growing deficits impact the bond markets?

There are only two ways to get the money for all this spending – tax it or borrow it. Trump is talking tax cuts, so that leaves borrowing. That means the Treasury Department will need to sell billions of dollars in bonds.

But there are already cracks int he bond market.

Investors poured into U.S Treasuries as a safe-haven as the coronavirus crisis grew. Interest rates plunged, with the yield on the 10-year Treasury dipping to record lows below 0.5 percent. At some point, the demand for bonds will ebb, but the supply certainly won’t. In fact, the supply will increase as the Treasury issues new bonds to pay for the new spending.

In fact, the bond bubble may have already popped with Trump’s promise of government stimulus. This could foreshadow rising interest rates – a nightmare for a government trying to run on borrowed money.

The existence of a crisis doesn’t change fundamental economics. The national debt is still a problem. It still has to be paid back. And government debt still retards economic growth.

And by the way, all of the proposed sending and bailouts to deal with the ‘crisis’ are still unconstitutional – just like they were when Obama did it.