This Martial Law Will End, and End Badly

This Martial Law Will End, and End Badly 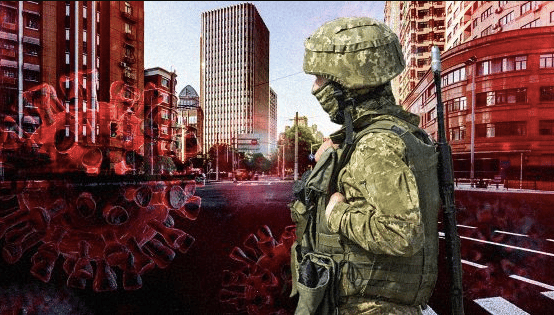 First, let’s get the three principles for the post-COVID-19 world out there:

Now that I’ve offended everyone on social media, let’s talk about that last principle, which also happens to be the one no one in the media or Washington wants you to talk about. Politicians and their media spokesliars call their policy “social distancing,” but that’s just the political marketing angle for an economic and social shutdown we’ve always called martial law.

The other options could have included a two-stage isolation of the infected and separately isolating the vulnerable elderly and immuno-compromised populations. The latter self-isolate in their own communities in many cases anyway. For those that don’t already self-isolate, all those empty hotel rooms today could have provided sanctuary, or the federal government could have cleared out all those ICE detention centers and welcomed boomers into them. Today’s closed casinos – already famous for feting seniors – could also have become a refuge for the oxygen-tank-and-walker set.

Moreover, Trump using his bully-pulpit to call for greater ICU capacity to accommodate COVID-19 cases would have been helpful. The pandemics of a century ago – polio, the Spanish flu, smallpox and cholera outbreaks – should have provided historical clues that increasing hospital capacity is key. The data thus far from Italy and China shows COVID-19 has taxed the capacities of hospitals, as the elderly and the younger with pre-existing conditions need hospitalization many multiples more frequently than the regular flu virus.

The unfolding disaster of martial law

The plebes – to their credit – know intuitively the economic reality which dictates there is no bottom in a market economy based upon closing the markets. Thus, they knew they had better stock up on food, guns and other necessities. And it will be bad: Great Depression-level bad. Last week, Tyler Cowen of George Mason University rather off-handedly posited that if current policy is maintained until August, the result would be 20 percent unemployment – not for months – but for years.

This false choice of “a new great depression or grandma and two million more dies” has already aged worse than a dead tuna on a hot summer day, so it shouldn’t be a surprise the Trump administration has already pulled lead on suppressing the dire jobs numbers. It will only stink more as time goes on. But that doesn’t mean people with a brain stem no more complex than a box jellyfish won’t defend the martial law status quo. I turned on Fox News the other night to hear that twit Sean Hannity agree with Sen. Lindsay Graham’s call for the federal government to – not end the closure of markets – but reimburse wages for people being prevented by federal and state mandates from producing the goods and services we all want.  Meanwhile, Mitt Romney and Donald Trump have embraced Andrew Yang’s UBI platitude. With what money, neither pair said. Nor did they have to; there isn’t any money in a federal government already running a $1 trillion deficit whose tax revenue income source is about to hit the far slope of K2. So much for “conservative” small government principles. All politicians and mass media corporate whores are Keynesians now.

Democrats never pretended to have small government principles, but Joe Biden and Bernie Sanders likewise opted to cynically lie to the American people in the most recent Democratic debate rather than tell inconvenient truths. Biden claimed of people who have lost income to the virus shutdown: “We can make them whole now, now, and put in process a system whereby they all are made whole.” Sanders also deployed nearly identical language: “We have got to say to the American people, if you lose your job, you will be made whole.”

There are now two kinds of people in the world: 1. Those who believe the Democratic candidates for President, and 2. Adults. There’s no going back to the old economy or old jobs, and Biden and Sanders are both knowingly lying to you.

But the above at least confirms we will never have any relief from the politicians of either party in Washington or the establishment corporate media.

If working Americans want an end to the looming great depression, they’ve got to rise up in a revolution and end it themselves. Expect the stock market to lose a minimum of 5-10% per week and the effective unemployment rate (the unemployed plus furloughed employees no longer receiving a check) to increase 2% per week until that revolution happens. Much of that effective unemployment – maybe even half – will be permanent once the shutdowns are lifted, as leveraged or marginal firms shutter after accumulated fixed costs and no revenue make re-openings impossible.

The end of martial law will come, as the status quo becomes increasingly unbearable and a new Great Depression emerges. I’m convinced the workers will rise up, even if “social distancing” does make protests and riots more difficult. And the riots will come once the peaceful protests are inevitably ignored by Washington.

This end was known, or at least should have been obvious, owing to the likelihood that Trump had no clue. America is not just ruled by fascists; we are governed by dumb fascists.

If Trump had possessed the stones, and even a whiff of economic sense, he would have called out Italian President Sergio Mattarella as a lunatic for ruining his country by putting the entire nation on lockdown. He would have quipped that Mattarella is really “Stupid Mussolini”: Mussolini made the trains run on time, but Mattarella is dedicated to making sure the trains don’t run. Trump could have then recommended the voluntary isolation of the elderly in the US, and encouraged the markets to provide spaces for sanctuary to seniors. Instead, America’s Mango Mussolini decided to show solidarity with the Eurocratic democratic socialists ruining their nations by aping their stupid fascist policy of economic suicide.

This shutdown was probably the inevitable result of letting scientists set government policy: What else would one expect from a socially awkward group of pencil-necks with no knowledge of regular human social interaction, or, for that matter, economics? Of course scientists were going to suggest ruining society; these dweebs never understood human society in the first place. All that mattered was their “human social interaction” computer models about how the virus might spread. Scientists are like Bill Murray in the movie “Caddyshack,” blowing up the whole golf course in order to stop a gopher infestation. But it’s emblematic of any government by so-called “experts,” who will “solve” the problem but inevitably show shortcomings in areas in which they are not experts, creating greater overall misery.

Even Wall Street has also been slow on the uptake; it has certainly been behind the prols mobbing the grocery stores. If you happened to turn on CNBC, Bloomberg or any other financial network last week (or even yesterday), you were treated to the highly-paid and delusional chattering class telling us that the bottom is near. Yes, I’m talking about you, Jim Kramer. All they see are percentages and profit margins, and the directives of their corporate masters. But the plebes knew there is no bottom to a market when nobody is making things or providing services and everybody is still consuming them. The bottom won’t happen until the shutdowns end.

If there’s a “sheeple,” it’s the media class. Sure, there were lots of people who stupidly accepted the incremental state-based martial law in reaction to the COVID-19 virus, and blindly repeated the political talking points. But most workers intuitively know that’s not true, even when they’re repeating those same talking points. It’s actually the people who are America’s greatest chance for ending the  madness. It’s time those workers lead, and demand an end to the charade and reopen the markets. The longer they wait, the greater the economic damage.

Workers of the world, unite … to reinstate capitalism!

Thomas R. Eddlem is a freelance writer, a graduate of Stonehill College, and is enrolled in the applied economics master’s program at Boston College.

Thomas R. Eddlem is a freelance writer who has been published in more than 20 periodicals, including The New American magazine, the Providence Journal, LewRockwell.com, Future of Freedom Foundation and AntiWar.com. Write him at teddlem@comcast.net.