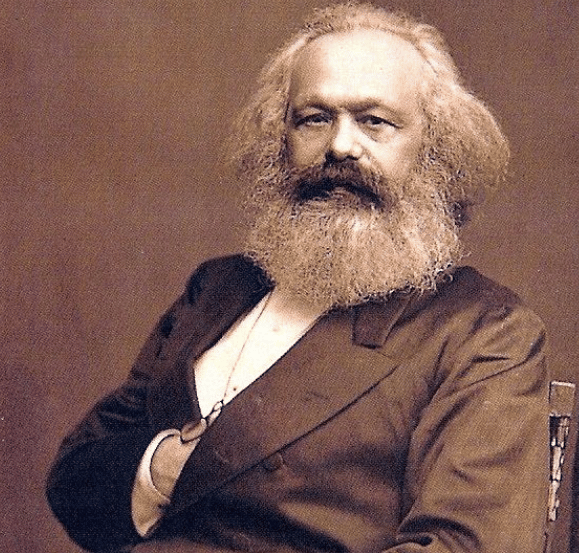 Though widely dispensed of in the field of economics, the notion of “wage slavery” is still commonly held among progressives and socialists of many stripes.

It is not uncommon, especially on social media, to run into people insisting that employers are “stealing” part of their labor because the wage they receive from their employer is less than the contribution of their labor to the final value (i.e. selling price) of the finished good.

Below is one such example that exemplifies the argument:

Profit to the employer, the argument goes, is akin to theft from the workers. Profit is “surplus value” created by the worker, but taken by the capitalist, they say.

To counter this argument, one must strike at its root: the labor theory of value. An underappreciated essay that provides a satisfying debunking of the labor theory was penned in 1884 by British philosopher and economist Philip Wicksteed, entitled “Das Kapital: a Criticism.”

Use value and exchange value

In Das Kapital, and other works, Marx wrestled with what he determined to be two different types of value of a good: use value and exchange value.

Marx described use value as the measure of needs-satisfaction of a good to its user; in other words, it’s usefulness. But as Marx evaluated the historic transition of economic systems from mostly production for use by the producer himself to widespread systems of production for exchange, he identified what he believed to be a second, and distinct, value of goods: exchange value.

Goods that were produced for the purpose of exchange Marx labeled as commodities.

Commodities being exchanged for each other, Marx reasoned, must have some inherent quality making them of ‘equal’ value. It is this supposed equal value that causes them to be traded for each other. In a barter economy, for example, if a pair of shoes is traded in exchange for three pounds of beef, the shoes must have an underlying value equal to the three pounds of beef, Marx argued.

Similarly, in a monetary economy, the common measure among different commodities manifests itself in their purchase price. If a dozen apples sells for the same price as a hat, for instance, Marx made the case that there is some common unit of measure inherent in both goods causing them to sell at the same price. Or if a new suit sold for the same price as, say, five shovels, then one shovel must be equivalent to one-fifth of a suit.

In short, Marx made the case that commodities that are exchanged are both not identical, meaning they have different physical properties and satisfy different needs, but also that “they are different manifestations or forms of a common something, (else they could not be equated against each other)” as Wicksteed wrote.

Wicksteed further summarized Marx’s description of exchange value: “In other words, things which are exchangeable must be dissimiliar in quality, but yet they must have some common measure, by reduction to which the equivalent portions of each will be seen to be identical in quantity.”

Largely because labor was the one common denominator in the production of all commodities, Marx identified labor as that common measure giving rise to the exchange value of commodities.

Wicksteed described Marx’s assumption as “setting aside all that gives the wares a value in use,” so that “there is nothing left in them but the single property of being products of labour.” Wicksteed concluded, “According to Marx, then, the (exchange) value of wares is determined by the amount of labour necessary on the average to produce them.”

With the establishment, according to Marx, of labor being the common measure of exchange value among commodities, we must proceed to Marx’s determination that profit represents “surplus value” stolen from the worker.

Marx argued that workers were forced to sell their labor power for less than the value of the commodities they produce with their labor.

In short, Wicksteed summed up Marx’s argument as a transaction in which the capitalist buys the inputs, including labor, at their value, and sells the finished good at its value, “yet more value comes out than goes in.”  In other words, the capitalist collects more revenue selling the commodity than he expends in its production.

And if value of the finished commodity is created by labor, as Marx insisted, then this “surplus value” represents the capitalist appropriating for themselves some of the value created by the workers’ labor.

But what if we could demonstrate that the common measure of exchange value among commodities is not labor? If the value of the finished commodity is determined by something other than labor, then comparing the revenue to the capitalist for the finished good to the amount paid in wages to labor would be rendered irrelevant. Marx’s entire theory would crumble like a house of cards.

Wicksteed is up to the task in his essay, using three key observations.

First, Wicksteed informs us that value is not measured by something inherent in each commodity, but rather in the subjective evaluations of the end user. “Now the ‘common something’ which all exchangeable things contain, is neither more nor less than abstract utility, i.e., power of satisfying human desires”, he wrote. “The exchanged articles differ from each other in the specific desires which they satisfy, they resemble each other in the degree of satisfaction which they confer.”

Commodities exchange for like value not because they contain the same amount of labor, but because the users value the ends they satisfy with similar intensity.

“If I am willing to give the same sum of money for a family Bible and for a dozen of brandy, it is because I have reduced the respective satisfactions their possession will afford me to a common measure, and have found them equivalent,” Wicksteed wrote.

A key insight of Austrian economics is the use of marginal analysis, and the concept of diminishing marginal utility. In other words, goods are evaluated by the needs-satisfaction of the next unit of that good, not by the value of all existing units of the good. In other words, the more of a good you already possess, the next unit of that good will satisfy a less important need.

In sum, the value of coats will have fallen, not because it takes less labor to produce them, but because the utility of the additional units satisfies less urgent needs.

Wicksteed closes his argument with an example of exchangeable items that the amount of labor is “powerless to affect.”

These items include “specimens of old china, pictures by deceased masters, and to a greater or less degrees the yield of all natural or articifial monopolies. The value of these things changes because their utility changes. And their utility changes…because of a change in the desires to which they minister,” Wicksteed declares.

“I cannot see how any analysis of the act of exchange, which reduces the ‘common something’ implied in that act to labour can possibly be applied to this class of phenomena,” he concludes.

As dismissive as many of us would like to be toward Marx’s labor theory of value, it still holds currency among today’s budding socialists. Wicksteed’s essay is a welcome and highly persuasive addition to the literature debunking Marx’s theory, and should not be overlooked. Once the labor theory of value is dispatched with, Marxism’s primary rallying cry for the “wage slaves” of the world is rendered impotent.

Reprinted from Erase The State.