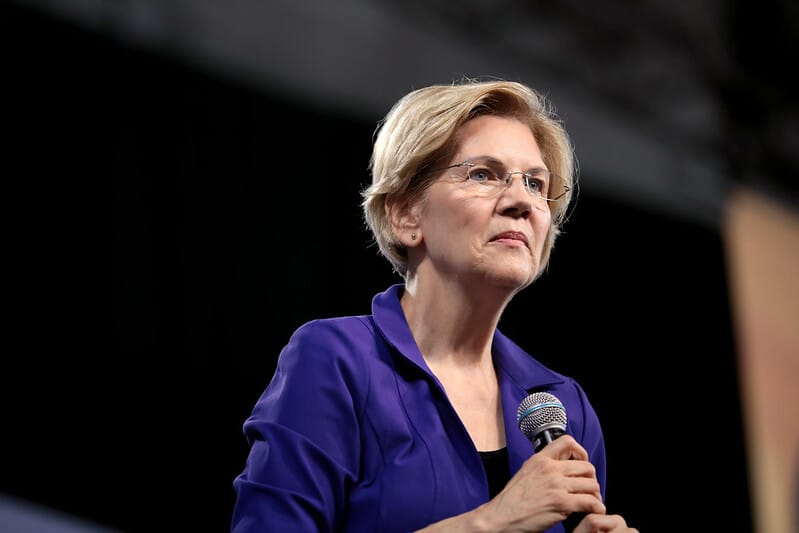 After the Consumer Price Index surged last year to its highest level since 1982, politicians are feeling pressure from constituents to do something about it.

Four giant companies control 85% of the market for meat—raking in massive profits while families pay higher prices. I'm glad @POTUS is taking steps to create a more competitive beef and poultry industry. We need to break up Big Ag and lower prices. https://t.co/EHQZWaD2du

Massachusetts Senator Elizabeth Warren has been on a tear lately, and there is a startling commonality between all these ideas:

Prices at the pump have gone up. Why? Because giant oil companies like @Chevron and @ExxonMobil enjoy doubling their profits. This isn't about inflation. This is about price gouging for these guys & we need to call them out. pic.twitter.com/kxiQkC2tYa

This is your brain on fiat monetary systems and central banking: price inflation is caused by everything except for printing loads of new money.

If Senator Warren believes that prices increase because of the greed of price gouging companies, does she believe that when prices fall, it is the result of corporate benevolence?

Business obviously have an incentive to contain their costs. But when they have to pay more for raw materials, transportation, and labor, they have no choice but to pass those rising costs onto customers.

Supply chain disruptions and other factors can contribute to rising retail prices in specific categories. The oversupply of the currency itself, however, is at the root of the inflation problem. Too many dollars chasing too few goods translates into broadly rising price levels.

The White House doesn’t seem to grasp this basic lesson either.

When asked about a recent CPI Index Report, Press Secretary Psaki immediately shifted blame to the greedy corporations raising prices on poor unsuspecting Americans so they can line their own pockets.

Surely these increases in prices have nothing to do with the fact that, according to the M2 Money Supply, 40% of all Federal Reserve Notes currently in existence have been printed in the last 24 months!

Americans of all stripes have felt the impacts of price inflation and are growing increasingly concerned. In a November press briefing, White House Press Secretary Jen Psaki was asked, “Why should Americans not be concerned that injecting another $1.75 trillion or more would further raise inflation?”

She answered, “Because no economist out there is projecting that this will have a negative impact on inflation.”

These “economists” should have spent more time reading Mises.

In “Inflation: An Unworkable Fiscal Policy,” he explained why acts from benevolent government actors tend to worsen the problems they purport to fix.

“As you cannot talk about something that has no name, you cannot fight it. Those who pretend to fight inflation are in fact only fighting what is the inevitable consequence of inflation, rising prices. Their ventures are doomed to failure because they do not attack the root of the evil. They try to keep prices low while firmly committed to a policy of increasing the quantity of money that must necessarily make them soar.”

The answer to price inflation isn’t subsidies, or bailouts, or price controls. To attack the root of the evil, sound money must mend a broken monetary system.

As the saying goes: fix the money, fix the world.