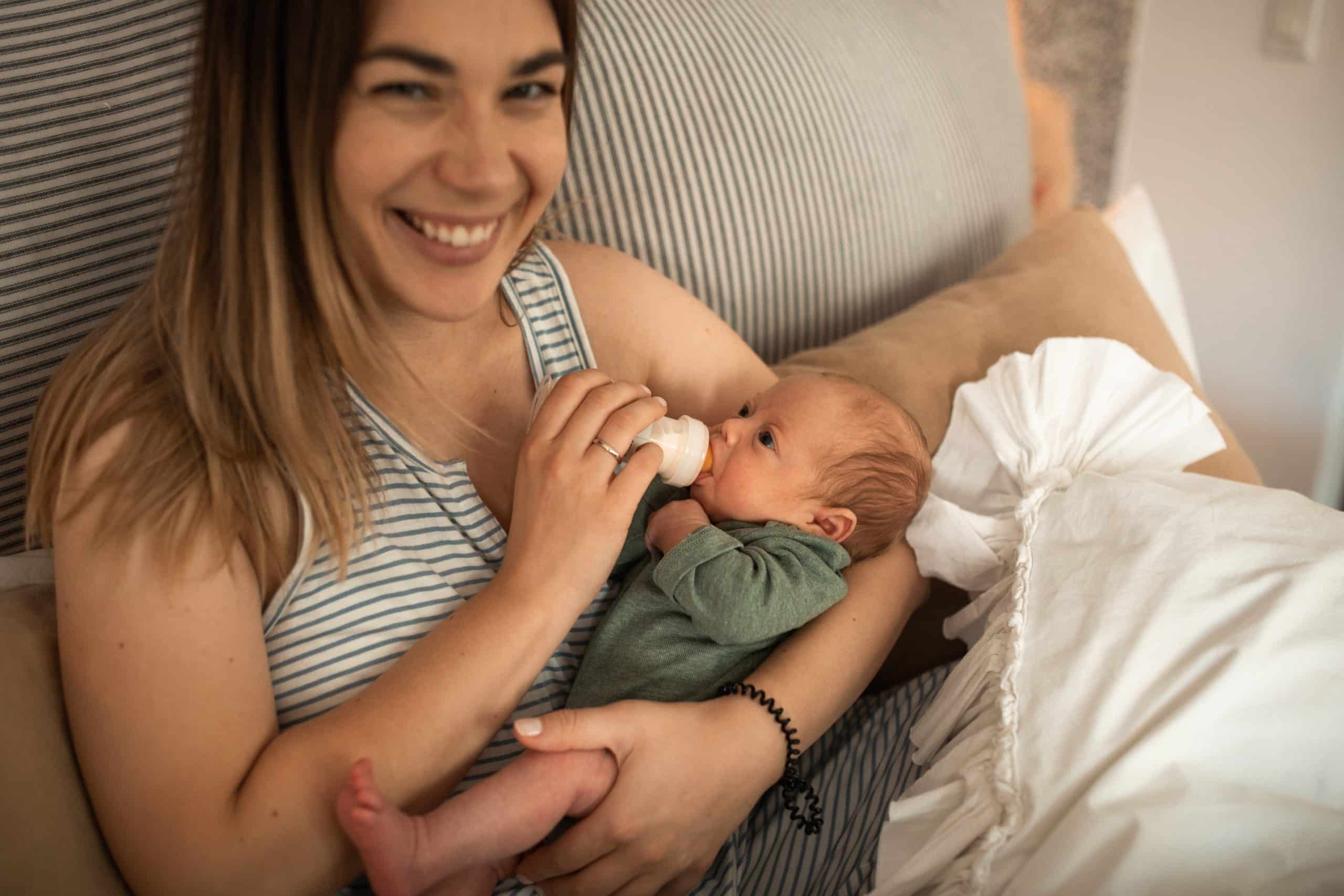 For parents who rely on baby formula—whether by choice or due to medical necessity—the nationwide baby formula shortage has become increasingly difficult to ignore. According to the Wall Street Journal, Walgreens, Target, CVS, and Kroger have all begun rationing supplies of formula.

Covid lockdowns, combined with a product recall by formula manufacturer Abbott Nutrition has created a very real shortage in a product that is key for proper nutrition in many children.

With the shortage has come the usual half-baked bromides about “evil corporations” and how baby formula companies are supposedly not regulated enough. Throw in a few references to “late-stage capitalism” and you’ll get a good taste of the usual “blame capitalism” narrative that accompanies every bout of shortages or rising prices.

Formula Is Heavily Regulated and Subsidized

In reality, federal government intervention in the formula market is rampant. Thanks to the Special Supplemental Nutrition Program for Women, Infants, and Children (WIC), formula companies are heavily subsidized by voucher programs which mean that the U.S. government is “provid[ing] more than half of the formula that is used in the U.S.”

Within this voucher programs, funds are funneled to select corporations through programs that grant a formula company “the exclusive right to have its formula provided to WIC participants in the State.” In practice, this means the largest companies with the most lobbyists are able to dominate the subsidized portion of the market. Since the subsidized portion of the market is so huge, that usually means those companies dominate the market overall. This makes it harder for newcomers to break into the market and offer any real competition. This means the marketplace becomes reliant on a small number of large firms.

The anticompetitive nature of federal WIC policy is just one aspect of how little the formula market has to do with anything we might call “the free market.”

Another major and important factor is the restriction on foreign imports enforced by federal law.

The U.S. regime overall is very protectionist when it comes to dairy products in general, and formula is certainly no exception. As one pediatric medical journal states flatly “Infant formula in the United States is highly regulated.” This can be seen clearly in protectionist trade law imposed on formula in the guise of protecting consumers.

As Derek Thompson at The Atlantic notes, Food and Drug Administration “regulation of formula is so stringent that most of the stuff that comes out of Europe is illegal to buy here due to technicalities like labeling requirements.”

These bureaucratic requirements fall under “nontariff barriers,” which in many cases present even greater barriers than tariffs.

But tariff barriers are significant as well. Thompson also notes that

U.S. policy also restricts the importation of formula that does meet FDA requirements. At high volumes, the tax on formula imports can exceed 17 percent. And under President Donald Trump, the U.S. entered into a new North American trade agreement that actively discourages formula imports from our largest trading partner, Canada.

However, those products that jump through all those hoops face further restrictions. The FDA mandates that even qualifying formula manufacturers must wait ninety days before marketing any new formula.

As a result, not surprisingly, 98 percent of all formula consumed in the United States is produced domestically. Moreover, if that supply is ever endangered—as it has been by lockdown-induced logistical problems and corporate recalls, American consumers have few other options.

Trade restrictions function to prevent reliable lines of importation of foreign formula. Thanks to that ninety-day delay on marketing, foreign suppliers can’t introduce new products to the market quickly, either.

So, if you have adopted children, a double mastectomy, or some other reason for needing formula for your baby, you can thank advocates of tariffs and other trade restrictions for shortages.

Protectionists and Their Excuses

Naturally, the baby formula protectionists have plenty of excuses for why their preferred form of central planning and big-government intervention in the marketplace is “necessary.” They’ll insist that FDA regulations are necessary to protect children—as if European baby formula is not already heavily regulated. European infant mortality also tends to be lower than U.S. infant mortality, so the claim that protectionism is “for the children” is clearly baseless.

These facts, however, don’t prevent Trump-style protectionists from claiming government regulations are good “because China.”

You understand those regulations are there because everything from talcum powder to wood shavings have been found in formula coming from china right?

Secondly, the protectionists are likely to claim that government control of formula—and all other dairy-based imports—are important because they “protects jobs.” What protectionists are really saying is that you and your family must just do without essential goods in order to protect a small number of corporations that dominate the formula marketplace thanks to U.S. regulations.

Finally, there is little doubt that if the federal government actually allowed some true degree of freedom in the formula marketplace that entrepreneurs would step in to import formula to meet the need quickly.

This, of course, can’t happen because these entrepreneurs don’t want to be jailed, sued, and otherwise destroyed by federal bureaucrats. After all, protectionism must be enforced by federal police and federal courts, and that means fining and jailing any importers who run afoul of the law. Protectionism is fundamentally about using violence against Americans who try to bring goods to market in ways that the protectionists don’t like.

Once again, the anticapitalist “fair trade” advocates and advocates of WIC corporatism who caused these shortages will likely escape unscathed. Formula industry lobbyists will deploy and ensure nothing is done to endanger the protection-induced profits at the dominant firms. Welfare-state leftists will ensure that the federal government continues to subsidize these corporations as well. Rightwing protectionists will continue to insist that foreign goods must be kept out to make America great.

Somehow, this is all capitalism’s fault.

This article is originally featured at the Ludwig von Mises Institute and is republished with permission.