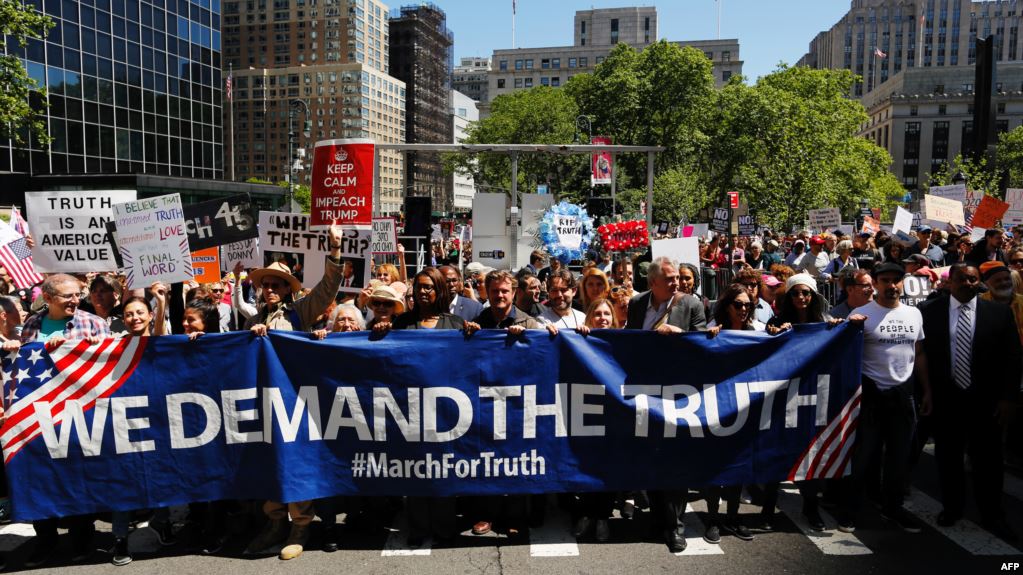 Thanks to Trump’s firing of former FBI Director James Comey, Democrats are exalting the FBI as if J. Edgar Hoover and COINTELPRO never existed. Political mob violence by antifa against conservatives was vindicated in The Washington Post and cheered by prominent Democrats as the moral equivalent of the American soldiers who stormed Normandy beaches in 1944.

Unfortunately, Trump’s biggest follies (thus far) have evoked the loudest cheers from his Washington critics. Trump’s finest hour, according to much of the media, was sending 59 cruise missiles to blast the Syrian government based on mere allegations that it had carried out a chemical weapons attack. Pulling the rug from under the Iran deal (one of Obama’s solid achievements) was cheered by much of the foreign policy elite as if destabilizing the Middle East was akin to the Civil Rights Act of 1964. Trump’s threats to “totally destroy” North Korea spurred no effective resistance on Capitol Hill. But blundering into another war would do more harm to American democracy than 10,000 raving Oval Office tweets.

Democrats sound ready to rush to impeachment regardless of what Trump has actually done. They seem inspired by the Soviet secret police chief who allegedly declared: “Show me the man and I will show you the crime.” Desperate assertions that $3,000 in Russian-linked Facebook ads swung the election results in Pennsylvania, Michigan and Wisconsin are indicative of the pathetic logic of many Trump critics.

Many Trump opponents are the same type of zealots who, in the late 1700s, proudly labeled themselves “Friends of Government.” In their eyes, Trump’s greatest sin is tarnishing the majesty of the presidency and the federal government. Trump is exposing the sham of a Leviathan Democracy which pretends that presidents will be philosopher kings — instead of merely talented vote catchers. However, Trump cannot be blamed for destroying Americans’ trust in Washington. This was already achieved by presidents such as George W. Bush and Obama who the media occasionally exalted to the skies.

Trump’s critics are correct that the president has too much arbitrary power. But many people happy to believe the worst about Trump will heave all their skepticism overboard when the next political savior is anointed. Such naivete is being encouraged at the highest levels of the Democratic Party. Recall that Hillary Clinton’s recent book declared that the lesson of George Orwell’s “1984” is that people should trust their leaders and the media.

Hysteria remains the 2017 political badge of honor. Last Wednesday, thousands of people gathered across the nation to shout at the sky to protest the anniversary of Trump’s victory. But righteous rage is no substitute for focusing on the real perils that Trump and any other president poses to our rights. The Friends of Freedom need to keep their intellectual ammo dry.

Reprinted with permission of the author.