Two More U.S. Deaths for Nothing in Afghanistan

Two More U.S. Deaths for Nothing in Afghanistan 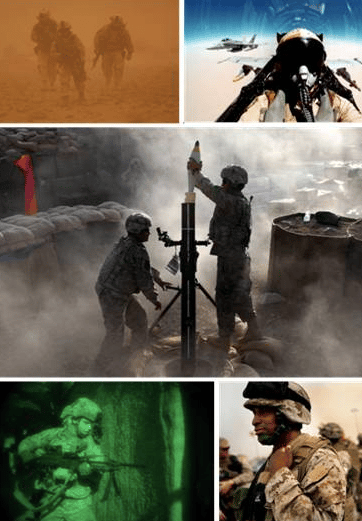 An interesting question arises: What will U.S. officials tell the family members of those two dead soldiers?

Will they be told that they died for freedom? If so, it will be a lie, just as it was a lie when U.S. officials told the families of 58,000 American soldiers the same thing when their bodies were brought back from the long war in Vietnam. American soldiers killing and dying in Afghanistan are not defending the freedom of the American people because no one in Afghanistan is threatening the freedom of the American people.

In other words, the Taliban are not marshaling their forces in Afghanistan with the intent of invading the United States, conquering the nation, taking over the federal government and the IRS, and enslaving the American people. They are not organizing hundreds of thousands of transport ships and planes, rounding up millions of invading forces, and establishing billion-dollar supply lines to cross the Atlantic with the aim of invading and occupying the United States. They are simply vying for power in a civil war within their own country after being ousted from power by the U.S. government during its 2002 invasion.

U.S. officials might tell the family of those men that they died to prevent the Taliban from again “harboring” al Qaeda. If so, that too will be a lie.

The U.S. government never had any evidence of Taliban complicity in the 9/11 attacks. Simply because an accused terrorist is living in a certain country doesn’t make the government of that country complicit in terrorist attacks carried out by people living within the country.

Moreover, one would think that if the U.S. officials use the harboring-terrorists rationale to justify the deaths of those two soldiers, their families might at some point wonder why terrorists need Afghanistan to plan anti-American terrorist attacks, given that there are hundreds of other countries around the world where such plans can be made.

There is something else to consider: Anti-American terrorism, including the 9/11 attacks, is rooted in U.S. interventionism abroad. That’s what makes the U.S. government’s “war on terrorism” a perpetual war, which in turn ensures ever-increasing budgets for the military-industrial complex and also ensures the continued destruction of American liberty. U.S. soldiers kill people over there, and the family members and friends of the victims retaliate by killing U.S. soldiers or other Americans, which then causes U.S. forces to kill more people over there, and on and on.

The original reason for invading Afghanistan some 16 years ago was to get Osama bin Laden and bring him to justice for complicity in the 9/11 attacks. It’s worth mentioning that they killed bin Laden a long time ago and yet U.S. troops have been kept in Afghanistan, where they have been killing and dying for years thereafter.

An illegal war and ignoble deaths

There is another point worth mentioning. The U.S. Constitution requires the president to secure a declaration of war from Congress before he and his military can legally wage war against another nation-state. That never happened, which means that for 18 long years U.S. forces have been killing and dying in a war that is illegal under our form of government.

Of course, U.S. officials could tell the families of those two dead soldiers that they died so that U.S. officials could arrive at some face-saving arrangement with the Taliban that would enable them to withdraw from Afghanistan with “victory.” My hunch, however, is that they’re not going to tell family members that that’s what their loved ones died for because that certainly wouldn’t strike most anyone as being a worthy thing to die for.