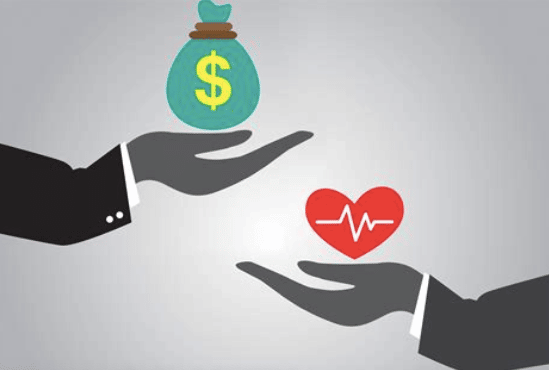 There is no shortage of politicians and other armchair philosophers insisting that things like healthcare and housing are “human rights.” Anyone watching the Democratic presidential debates, or having spent five minutes on social media, has no doubt heard this refrain countless times. The claim, of course, is a veiled way to promote greater government involvement in the provision of such goods. Opponents can then be tarred with wanting to deny people of their basic human rights if they dare speak a word in opposition to plans like Medicare for All or expanded housing subsidies.

The claim has natural appeal to many because housing and healthcare are such basic and vital needs for the well-being of our fellow citizens. This may indeed be a clever rhetorical trick to silence unprepared advocates of liberty. But there’s no need to be caught flat-footed when confronted with this argument. Below are two simple retorts that expose the fallacy of healthcare and housing being “human rights.”

Those presenting healthcare or housing as human rights are making a dire mistake: conflating rights with scarce economic goods. Goods and services like medical care and housing don’t just exist in a state of nature. They are produced using human labor combined with capital goods. This is where the popular meme “Nothing that requires the labor of others is a human right,” comes in handy.  In essence, declaring housing and healthcare to be rights implies that some have a right to the labor of others. Challenging progressives, “Democratic Socialists” and other advocates of these supposed rights to answer why they support the concept of some having a right to the labor of others will typically be answered with awkward silence.

More specifically however, what supporters of the “right” to healthcare and housing envision is a government-funded system of hospitals, medical providers and “affordable housing” projects financed by taxes taken from workers against their consent. Instead of declaring a right of some to the labor of the service providers themselves, this system declares a right to a portion of the fruits of the labor of all (or most) productive workers in the form of taxation in order to finance such schemes. The mechanism may be different, but the concept remains the same. Taxation implies a right to the labor of workers by the State. That portion of your income earned from labor that is taken by taxes represents the State’s claim over your productive effort. For that amount of time, you are laboring for the rulers, not yourself.

How much healthcare or housing does everyone have a “right” to?

If healthcare and housing are rights, how much do we have a right to? Mud huts, mansions, two-bedroom apartments? Around the clock medical concierge service, one doctor visit per year, unlimited surgeries? Because they are scarce goods, some form of rationing of healthcare and housing is required. Free markets use the price system to better allocate goods and services to their most highly valued uses.

A system of government provision however, empowers the ruling elite with determining the allocation of goods. If government says these are rights, then it follows government has the authority to determine how much medical care or housing you are entitled to. One can quickly surmise that when officials in Washington D.C. dictate to citizens how much housing or healthcare they are to be allotted, there is no denying that we have become but mere slaves – dependent on our masters for whatever housing or medical care crumbs they determine us to be worthy of. When someone else can determine how much you are entitled to, that means it’s not a right, but a privilege granted by the whims of your overlords.

Just imagine what a system of corruption this would create as those closest to the ruling elite would lobby for a greater share of their “rights” than the rest of the subjects. If you think today’s politicians are in the business of promising more generous benefits to certain segments of the population to buy more votes, just wait until highly-valuable goods like medical care and housing become “rights.” And how long before our rulers decide to wield their complete control over the distribution of housing and medical care as a weapon to punish political opponents?

The only legitimate right to healthcare or housing is to that which the providers are willing to supply in exchange for a price both willingly agree to. Market exchange based on private property is not only the most efficient means of allocating scarce goods like healthcare and housing, but the only moral means as well.

Those attempting to convince the populace that such scarce goods are actually “rights” are merely employing a rhetorical trick to conceal their true desires for further enslavement of the subjects. To paraphrase the old saying “If you think housing and healthcare are expensive now, just wait until they are rights.” The price we pay will be our freedom.