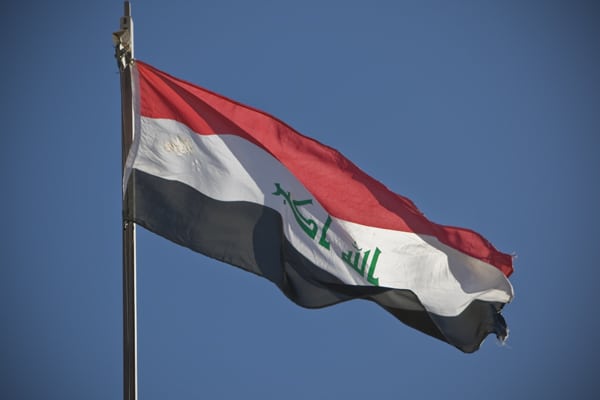 On Monday, President Biden and Iraqi Prime Minister Mustafa al-Kadhimi agreed that the U.S. “combat” mission in Iraq will be over by the end of the year, but US troops will remain in the country in an advisory role.

“I think things are going well. Our role in Iraq will be…to be available to continue to train, to assist, to help, and to deal with ISIS—as it arrives. But we’re not going to be, by the end of the year, in a combat mission,” Biden told reporters alongside Kadhimi.

There are currently 2,500 U.S. troops in Iraq under the umbrella of the U.S.-led anti-ISIS coalition. It’s not clear if any troops will be pulled out of the country when the U.S. formally switches roles. A drawdown is possible, but the announcement is being interpreted as a symbolic one by most US media outlets.

The U.S. plan to formally change its role in Iraq was first reported last week. On Saturday, a report from The New York Times cited unnamed Pentagon officials who said the U.S. will remove a “small but unspecified number of the 2,500 American forces currently stationed in Iraq.”

Kadhimi has been under intense domestic pressure to get U.S. forces to leave Iraq since he came into office in May 2020. Earlier that year, Iraq’s parliament voted unanimously to expel U.S. troops after Iranian Gen. Qasem Soleimani and Iraqi militia leader Abu Mahdi al-Muhandis were killed by a U.S. drone strike in Baghdad.

More pressure has been on Kadhimi since Biden bombed Iraqi militias in Syria and Iraq last month. The U.S. carried out similar airstrikes in Syria in February. Considering the U.S. has been bombing Iraq for 30 years, there are many elements in the country that want U.S. troops to leave, and it is unlikely that changing the label of the occupation will placate them.

This article was orignally featured at Antiwar.com and is republished with permission.