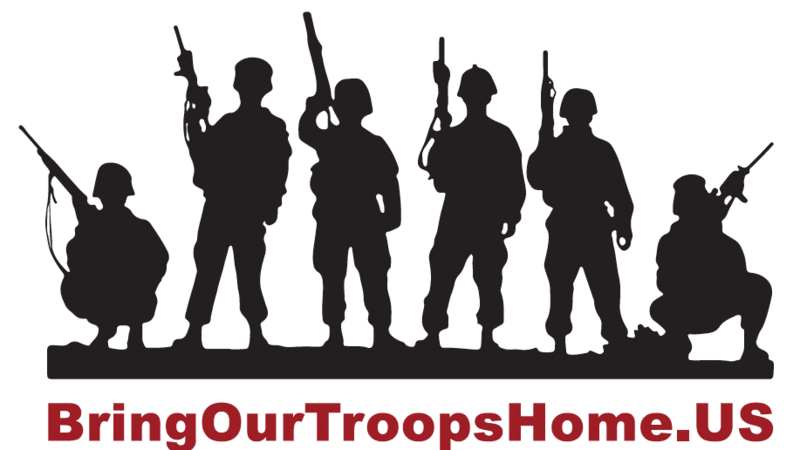 Yesterday BringOurTroopsHome.US, a veterans advocacy organization composed of former soldiers of the Global War on Terror and their civilian allies, condemned the Biden administration’s extension of the war in Afghanistan and the subversion of the Doha Agreement, damaging the credibility of the United States on the world stage and playing political football with the livelihoods of our soldiers.

When Joe Biden assumed office on January 20, the United States was already set on a course for a full military withdrawal from Afghanistan by May 1. The Biden administration has had over three months to prepare, a sufficient timeline for an orderly departure of men and equipment. The White House’s decision to wring its hands, procrastinate preparations, and to abrogate the Doha Agreement is a political decision made without regard to U.S. national security and the physical safety of our men and women stationed in Afghanistan.

“When I was informed that Joe Biden had decided to delay the Afghan withdrawal by over four months, to coincide with the twenty-year anniversary of the September 11th attacks, I knew he was playing fast and loose with American lives,” said Sgt. Dan McKnight, founder and Chairman of BringOurTroopsHome.US, who deployed for an eighteen-month combat tour in Afghanistan 2005-2007. “At the end of World War I, when the armistice was being negotiated, the politicians decided the fighting should officially end at the eleventh hour of the eleventh day of the eleventh month. They thought it was poetic. Meanwhile, between the hours when the armistice was agreed upon and when it was meant to take effect, thousands of more soldiers were killed in the fighting. Should they have died for literary repetition?”

“It has been over a year since the United States lost a soldier in Afghanistan. That is a result of the Trump administration’s negotiations with the Taliban, and the latter’s decision to halt direct attacks prior to our withdrawal,” continued McKnight. “With this violation of the Doha agreement, and the extension of our presence through the summer months—when violence is most prominent—President Biden is putting the safety of our brave servicemembers in mortal peril. If a single American is killed in Afghanistan between May 1 and September 12, the fault will fall squarely on the conscience of Joe Biden.”

Under these new, less fortunate parameters, BringOurTroopsHome.US will continue to advocate for a cessation of our endless wars and a full military withdrawal from America’s longest war. We agree with the sentiments given by Rep. Ken Buck (R-CO), who said yesterday, “Despite it being months later than the May 1 request made by Rep. Barbara Lee (D-CA) and myself, this is the right move. We need to bring our troops home.”

Our organization does applaud the Biden administration for announcing that the new withdrawal date is not conditions-based, a poison pill measure previously used to ensure a permanent occupation. And BringOurTroopsHome.US stands opposed to the litany of war propogandists—including John Bolton, Bill Kristol of The Bulwark, and Max Boot of The Washington Post—and establishment Republicans—including Sen. Mitch McConnell (R-KY), Sen. Lindsey Graham (R-SC), and Rep. Liz Cheney (R-WY)—whose respective pens and electoral campaigns are financed by the military-industrial complex to sell “forever war” to the American people.

In particular, we stand against the sentiment voiced by Senator Jeanne Shaheen (D-NH), whose advice, if followed, would place America on the path of permanent nation-building in the developing world. “Supporting Afghan women is a human rights imperative, and it also bolsters the stability of Afghanistan in any agreement. There can be no equivocation: Prioritizing women’s inclusion and rights in Afghanistan must be a U.S. foreign policy priority,” she said Monday.

BringOurTroopsHome.US maintains that the United States’ foreign policy priority must be protecting the safety of her soldiers, and ensuring the liberty of the American people. We believe in putting America first, and that does not mean exporting western standards of living into foreign nations at the cost of our lives, treasury, and attention. In 2010, then-Vice President Joe Biden shouted at Special Envoy for Afghanistan Richard Holbrooke, “I am not sending my boy back there to risk his life on behalf of women’s rights, it just won’t work, that’s not what they’re there for.” Our organization is hopeful that a decade hence, now-President Biden feels the same way.

We join a supermajority of American veterans who look forward to the day when we bring our troops home permanently from Afghanistan, and will continue to expend our efforts to ensure that day arrives sooner than expected.