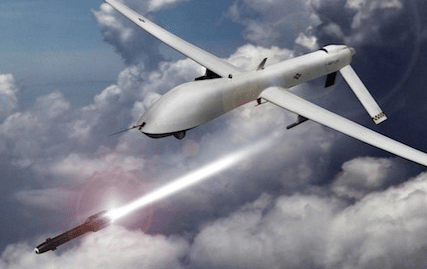 According to a Government Accountability Office (GAO) study released in 2016 the US Government was spending over $1 Billion annually on Public Relations. Approximately $626 Million of that was used by the Department of Defense to fund its PR campaign glamorizing and supporting endless wars.

We see the propaganda everywhere. Fighter jets zoom over NFL stadiums on Sunday afternoons while a huge American flag is unfurled by uniformed military personnel. Billboards along the highway extoll the virtues of military service. Of course there is much, much more.

But what the public is rarely if ever shown is the tragic human carnage of our never ending wars and military adventurism. As a young boy in the 1960’s I saw firsthand the “glories” of war. I grew up close to McGuire Veterans Hospital on the Southside of Richmond, VA. My older brother and I would scavenge for discarded pop bottles to turn in for the deposit money and head to the PX at McGuire for ice-cream.

The hospital had been built hastily during WWII. In fact, it was built so fast that some of the wards were constructed to the lay of the land. Long hallways were inclined making it difficult for immobile patients to move. It was 1967 and the Vietnam War was heating up. Security at the hospital was very relaxed and my brother and I could roam the halls at will.

As a nine year old I was amazed by the human carnage I witnessed up close. Men with no arms, legs or intestines. The faint smell of human waste couldn’t be masked by the powerful cleaning agents used by the staff as many of the men had bags attached to their gurney’s to collect their waste. As the patients struggled to maneuver their wheel chairs and gurneys up the long inclined hallways my brother and I would often give them a push up to the top on our way to the PX.

Over time we got used to seeing the mangled, disfigured men as we walked the hallways. But one scene is indelibly etched in my mind. A young boy, a little younger than me was standing outside the door of a patient’s room. I struck up a conversation with him and he told me they were there to see his Dad who’d just returned from Vietnam. I peeped inside and saw a pretty young woman holding a sleeping little girl, and she was sobbing.

Her eyeliner was running down her cheeks as her tears flowed. All I could see of the boy’s father was his head and most of his face wrapped in gauze with tubes sticking out. His eyes were filled with despair and hopelessness. I hastily turned away and silently thanked God that wasn’t my Dad as my brother and I walked home.

This poor soldier, like tens of thousands like him, suffered incredible physical and mental trauma from the Vietnam War. Not only did they suffer, but so did their families. Their best years stolen from them by psychopathic liars with no conscience.

Our government told us that if we didn’t stop those Communist in Southeast Asia the red horde would somehow show up and destroy our way of life; but that didn’t happen. Today we know that it was all a grand lie. The human cost of needless war is beyond measure. Not only for our troops, but also for the innocent civilian men and women who get caught in the crossfire.

War is not and never has been glorious. It is a heartless, cunning monster that devours the combatants and destroys the innocent while the maniacs who promote it wax wealthy at our expense.