It is nigh impossible to look away from the chaos in Washington, but U.S.-Iran relations in the waning days of the Trump administration deserve a wary glance.

Two U.S. bombers flew a “deterrence mission” in the Gulf region this past Thursday. U.S. Central Command has yet to release a statement on the flight, but an official described the last such mission in December as a means of ensuring “that if the Iranians do think they have a plan that’s executable, that they think twice before executing it, because they do see that we have a robust posture and presence still remaining in the region that could respond to any provocation should it occur.” Official language was similar: “Potential adversaries should understand that no nation on earth is more ready and capable of rapidly deploying additional combat power in the face of any aggression,” said CENTCOM Commander General Frank McKenzie, who described the bomber mission as an exercise in readiness for a conflict “[w]e do not seek.”

But what if this isn’t mere readiness? What if it’s saber-rattling more likely to result in escalation than deterrence? What if it brings that unsought conflict closer? Escalation has been the enduring theme of U.S.-Iran relations during the Trump years, and particularly with turmoil and presidential transition at home, we should not be courting more conflict abroad.

But courting conflict with Iran is exactly what the Trump administration is doing. Beyond the flight missions, a redeployment of the aircraft carrier USS Nimitz from the Persian Gulf was reversed on Sunday, and Navy Secretary Kenneth Braithwaite said he did not know “how long that extension will last.” Other U.S. ships, bristling with missiles, arrived in the region last month, making a deliberate show of force. President Trump reportedly explored options including “a military strike” against Iran in November, and his administration planned a “flood” of new sanctions on Iran before the end of their term. On Monday, Secretary of State Mike Pompeo announced he would designate the Iran-linked Houthi rebels in Yemen as a foreign terrorist group—a move widely derided as counterfactual and counterproductive to ending Yemen’s civil war—and on Tuesday, he baselessly accused Iran of harboring al-Qaeda.

END_OF_DOCUMENT_TOKEN_TO_BE_REPLACED 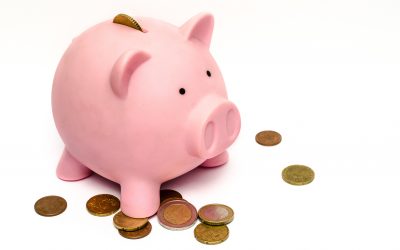 Silver Lining to the Lockdowns?

Something good is coming out of the covid lockdowns. Economist David Rosenberg released a special report via the eponymous Rosenberg Research, concluding “the pre-COVID-19 ‘norm’ of a 7% personal savings rate will morph into a post-COVID-19 norm of 10%.” Rosenberg...

END_OF_DOCUMENT_TOKEN_TO_BE_REPLACED

Trump Brings Troop Levels in Afghanistan to Lowest in 19 Years