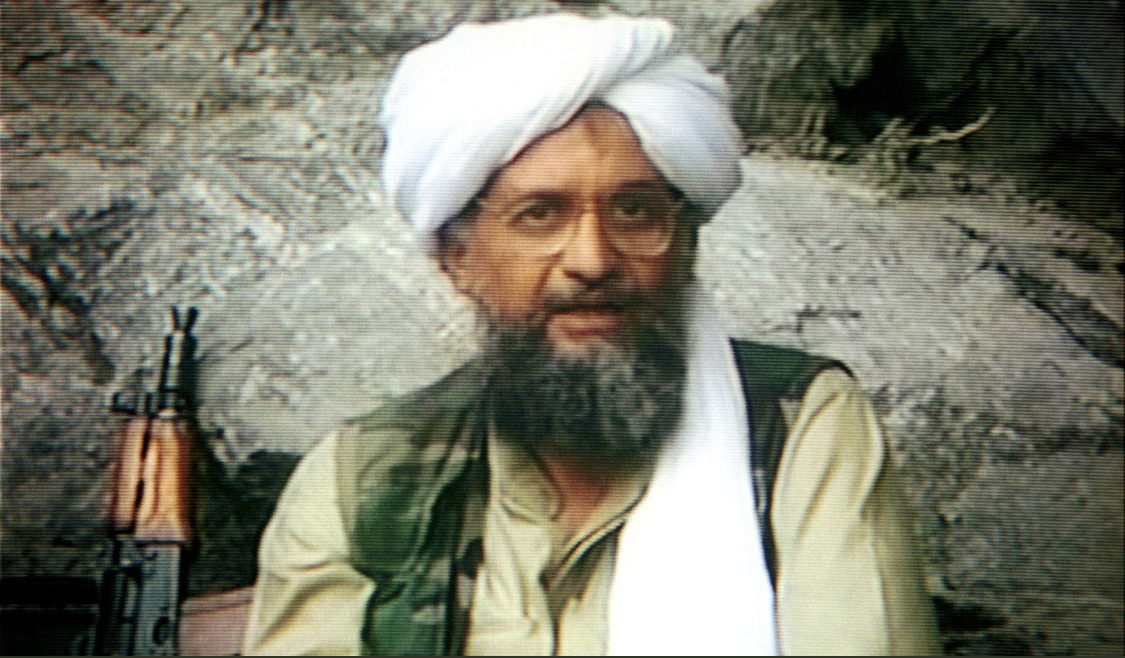 There was a satisfying victory—not just for our soldiers and veterans, but for all Americans.

One week ago it was announced that the U.S. government had assassinated Ayman al-Zawahiri, who along with Osama bin Laden and Khalid Sheikh Mohammed was the key planner behind the September 11, 2001 terrorist attacks.

The butcher of New York City was killed by a CIA drone strike while on his apartment’s balcony in Kabul, Afghanistan. The Biden administration maintains there were no civilian deaths.

There are three important lessons.

Before turning towards international terrorism, Dr. Zawahiri was an Egyptian surgeon who was tortured by U.S. ally Hosni Mubarak following the assassination of Anwar Sadat by the group “Egyptian Jihad” in 1981.

Zawahiri wanted revenge, and alongside Osama bin Laden, decided the only way to overthrow Middle Eastern dictators like Mubarak was by striking the United States, which provided money, weapons, and international protection to these regimes.

Zawahiri appears to have arrived in Kabul following the completion of the Taliban’s takeover. He was a guest of the Haqqani Network, a Taliban-allied group who were some of the bitterest and hardest fighting foes of the U.S. military during the occupation.

But it didn’t start out that way.

After the initial American invasion in October 2001, Mawlawi Jalaluddin Haqqani, the leader of the Haqqani Network, was satisfied to stay at home and uninvolved in the war between Uncle Sam and the Taliban.

That was until Pacha Khan Zadran, an adversarial warlord, convinced the U.S. government to take his side in a local dispute against Haqqani.

Following air strikes on Haqqani’s home (killing a family), a local school (killing over thirty children), and a convoy carrying many tribal elders, his network become an inveterate threat to our soldiers until the day we withdrew.

As journalist Anand Gopal documented, “The story of Jalaluddin Haqqani, who turned from America’s potential ally into its greatest foe, is the paradigmatic case of how the war on terror created the very enemies it sought to eradicate.”

And now they felt comfortable giving shelter to the leader of Al Qaeda while their current leader Sirajuddin Haqqani sits as the Minister of the Interior for the Taliban government (which swears it had no knowledge of al-Zawahiri’s presence).

These origin events, for both Zawahiri and Haqqani, were not inevitable. They were the result of poor policy made in Washington DC.

The idea that America needs to subsidize and cuddle up to every tinpot dictator in the third world, turning whole nations hostile.

The idea that America must automatically take a side in every border dispute and 8th generation family feud on planet Earth.

None of this puts America first.

We must accept that most of the world’s problems don’t concern us, and often we don’t understand enough about the situation to make a wise decision.

It’s time to stop being the world’s police.

The second lesson is that this mission was accomplished with zero boots on the ground in Afghanistan.

For two decades we were told by the War Party that unless we had thousands of soldiers active in Afghanistan, if we weren’t holding down forts and occupying territory, and if we weren’t propping up the sham government in Kabul, our counterterrorism strategy would suffer irrevocably.

We just proved that we didn’t need two decades of nation-building to get the job done. Which makes the sacrifices—of men and money—unfortunately all the more worthless.

The third and final lesson is that there’s no reason to continue this megalomaniacal and counterproductive Global War on Terror.

The 2001 Authorization for Use of Military Force, which was intended to give the executive branch carte blanche authority to go after those responsible for 9/11, has been used and abused for twenty years to justify all manner of unconstitutional actions like the undeclared war against ISIS or the invasion of Syria.

Now the last person responsible for the attack on our country has been obliterated.

We have every reason in the world to declare victory and bring our troops home.

I call on Congress to rescind the 2001 AUMF, and reclaim the constitutional authority they illegally handed away.

But I know they won’t—not without being forced.

That’s why it’s critical we work to pass Defend the Guard bills in state legislatures. This legislation would prohibit the use of the National Guard in undeclared wars, and severely diminish DC’s power to fight endless wars with no end goals.

The death of Ayman al-Zawahiri was a victory for America.

It’ll be a victory for America First if we learn the right lessons from it.