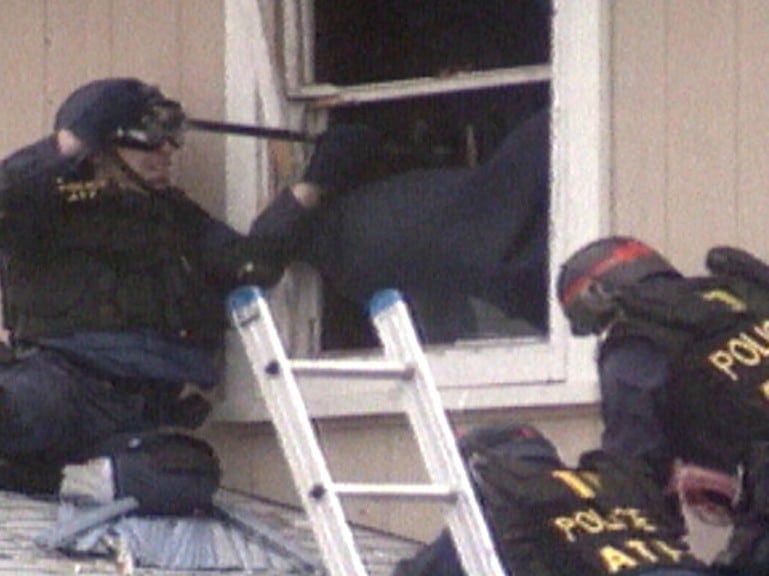 Last week, President Joe Biden nominated David Chipman to be head of the Bureau of Alcohol, Tobacco, Firearms, and Explosives, the premier federal firearms enforcement agency. Biden complemented that announcement with a call for a national red flag law to entitle police to preemptively confiscate firearms from citizens suspected of being a threat to themselves or others.

Chipman was a 25-year ATF agent and a key official at the 1994 federal trial of the Branch Davidians who survived the ATF and FBI assaults the prior year. Many federal agents posed for grisly “victory photos” in the rubble of the Branch Davidians’ Waco, Texas, home after it burned to the ground during an FBI assault. One photo allegedly shows Chipman proudly holding a rifle in front of the wreckage where scores of children died shortly before. The White House and Chipman’s current employer, the antigun Giffords organization, did not respond to repeated email requests to confirm or deny that Chipman is the federal agent in that photo; the Daily Mail and many online sites have tagged Chipman as the agent. In a Reddit public question and answer session in 2019, Chipman sought to spur support for an assault weapons ban by falsely claiming that the Davidians shot down two federal helicopters that were attacking their compound.

Biden’s nomination of Chipman has thrust Waco back in the national spotlight. Millions of Americans permanently lost faith in the federal government after ATF and FBI attacks concluded with more than 80 civilians dead. But few Americans are aware of Biden’s role, first in helping cover up the debacle and later, after ample damning evidence had surfaced, exonerating federal law enforcement and instead blaming Americans who distrusted Washington. Biden’s behavior on Waco is a bad portent for anyone who expects federal agencies to be leashed during his reign.