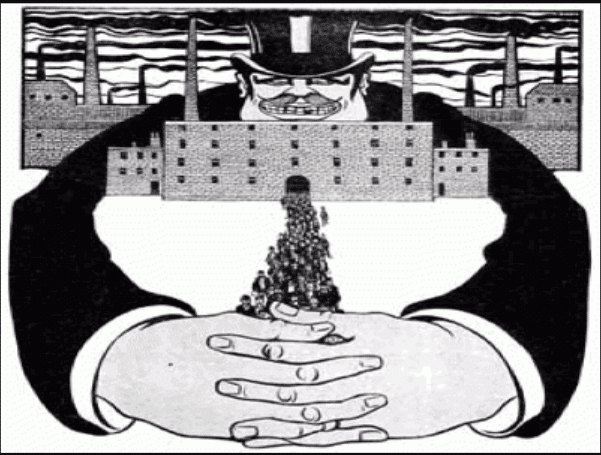 “Successful economies are not jungles, they’re gardens, which is to say that markets, like gardens, must be tended, that the market is the greatest social technology ever invented to solving human problems, but unconstrained by social or democratic regulation, markets inevitably create more problems than they solve.”

These are the words of Nick Hanauer, a self-described capitalist. And a billionaire.

He was an early investor in Amazon.com and founded Aquantive Inc., which was purchased by Microsoft for $6.4 billion.

More recently, he has been receiving a lot of attention as a “thinker.” According to a TEDtalks, “Nick Hanauer is one of the world’s most provocative thinkers about our society’s growing inequality and the dire consequences it creates for our democracies.”

In his 2019 TED lecture, titled “The dirty secret of capitalism—and a new way forward”  Hanauer warns us of the supposed dangers of capitalism and economists who have supported market freedom:

“If we truly want a more equitable, more prosperous and more sustainable economy; if we want high-functioning democracies and civil society, we must have a new economics. […] But how do we leave neoliberalism behind and build a more sustainable, more prosperous and more equitable society? […] It’s becoming painfully obvious that the fundamental assumptions that undergird neoliberal economic theory are just objectively false […]. It isn’t self-interest that promotes the public good, it’s reciprocity. And it isn’t competition that produces our prosperity, it’s cooperation”.

In his talk, Hanauer stresses reciprocity and cooperation while blasting self-interest and competition.

Reciprocity and cooperation are indeed good things. But contrary to what Hanauer thinks, they are, in fact, the very basis of capitalism, a system of voluntary exchanges. In a system of voluntary exchange, I give you something you want if you give me back something I want. In this case, money is just an instrument (transferable and deferrable) to make trade easier and flexible (feasible in complex societies).

In this train of thought, free market economies are nothing more than gigantic voluntary systems of cooperation based on reciprocity, where people who do not know each other can cooperate to get what they need or want without excessive waste.

This has long been a fantasy among critics of market freedom.

In 1714, for example, the Dutch writer Bernard Mandeville was responded to this criticism with his poem The Fable of the Bees. In his story, a beehive was thriving on the “vices” (self-interested behavior) of its bees. But then bees became virtuous. They demanded a new kind of cooperation, no longer acting in their own self-interest but for the greater good of the hive. The result? The beehive collapsed.

For theorists like Mendeville and Adam Smith, self-interested behavior wasn’t necessarily good. But it was assumed to be human nature, and thus any good political economy, they thought, should take this into account.

Hanauer disagrees, which is hardly surprising. He affirms acerbically that the “neoliberal assumptions (of free-market) are just objectively false.” The economy must be “tender,” constrained by social norms and regulations, which means a state-organized cooperation. His point is that a good system replaces voluntary cooperation with forced cooperation. Socialists have been trying to do this for centuries. Moreover, cooperation based on coercion cannot be taken as a sign of prosperity.

Let us examine the historical record. Some historians reported that after Germany was divided into two following the Second World War, East Germans displayed a high degree of “cooperation.” But this wasn’t because of a change in human nature. It was because people who lived there were forced to use their social network for basic survival. A simple drain clogged up would turn into a matter of calling in favors. The solution was not a simple matter like calling for a plumber.  Inhabitants of the East had to know someone who knew someone who could help — there was little money, few accessible equipment and tools, and no available spare parts. In West Germany, on the other hand, people were reported not to be so “cooperative,” so to speak. True enough, because they could simply hire some (unknown and self-interested, perhaps moody) plumber, who would impersonally fix the problem. Guess which Germany had a higher standard of living?

Of course, even in a heavily regulated and centrally planned society — one designed to abolish all the excesses and problems of the marketplace — there’s no reason to believe self-interest was actually abolished.

Why Not Teach by Example?

On a personal level, however, it appears Hanauer is not a big fan of voluntary action.

He could be a role model, such as Henry Ford, who shocked the business world by paying higher (doubled) wages for his employees even (or especially) in times of crisis.

Nick Hanauer answered he could do that. But (according to him) it would not make that much of a difference. He said to had discovered a strategy that works a hundred thousand times better: using his money to build narratives and to pass laws that will require all the other rich people to pay taxes and to pay their works better – for example, the minimum wage.

Here, a basic moral principle is removed. As Frédéric Bastiat noted: “it is impossible for me to separate the word fraternity from the word voluntary. I cannot possibly conceive fraternity legally enforced, without liberty being legally destroyed, and justice legally trampled under foot.”

Republished from the Mises Institute.