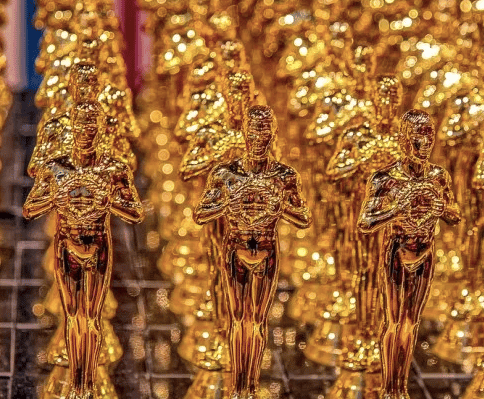 Ricky Gervais dropped his bombshell comedy act on Hollywood’s elite at the Golden Globes, and it’s raising some interesting questions. Should Hollywood stars be opining on their particular platforms?

This isn’t a comment on the politics of free speech. Clearly, they have the political right to do as they please, provided that the private property owners acquiesce.

If I were the CEO of a major company, and given that if I were at an office party, it wouldn’t be appropriate for me to interrupt the gathering to give a lecture on my religious beliefs. At the very least, I wouldn’t take it well if I were a low-level employee having to hear my boss opine during a business meeting telling me about his atheism (the bar after work is a different matter).

My major issue is that most Hollywood celebrities don’t possess sophisticated views on politics or religion. Even Ricky Gervais uses his platform to espouse criticisms of religion that second-year philosophy students who even agree with him would roll their eyes at.

Hollywood celebrities like Ben Stein need no accolades to their intellect. Others like Penn Jillette and Natalie Portman, who often give opinions where I agree with them and often I disagree with them, strike me as people whose thoughts are rooted in deep study rather than cheap hearsay or short soundbites. But this can’t be said of Hollywood as a whole.

Herein lies the heart of the matter. As we approach the 2020 Oscars, we will no doubt hear of the problems of maleness, white privilege, and the like. Meanwhile, rural Americans are praying their home won’t be repossessed as their cities are hollowed out and emptied. Mothers in Yemen, slaves in Libya, and refugees in Syria will be howling because of wars instigated and supported by Democrats while Hollywood cries fowl because some millionaires are overlooked by other millionaires and turn to the Democratic Party for support.

Nothing will more signify the eliteness of Hollywood than Meryl Streep chastising Donald Trump for mocking a disabled journalist, and speaking down to Republicans while ignoring the fact that Obama had bombed a hospital – filled with disabled people. This is the Oscar political philosophy in a nutshell.

Although I am not fully aware of every skin tone or genitalia configuration, many people are suffering from the decisions of the Democratic Party while academia, Hollywood, journalists, politicians, coastal elites, socialites, aren’t suffering but rather are benefiting. Streep’s latest Hollywood production, The Laundromat, was difficult for those of us who face the realities of these evils every day, while she made millions off of her poorly-informed artistic preachments.

I don’t know how more neatly and philosophically to articulate this, but I couldn’t possibly care less what these people think. They prosper while people who live under their pronouncements struggle for life or to keep the families together.

Are the award shows, the Oscars, the Golden Globes, the appropriate venue for expressions of condemnation on issues these people typically know nothing about? I would envision that the Filipino community would not appreciate my views on their hardships if I have studied them neither academically nor experientially.

In the same vane, I envision that the lot of us feel an irritation by Hollywood Oscar elites complaining about middle America, the rural west, or the plight of Middle Easterns, when they themselves appear wholly detached both intellectually and experientially from these realities.

Reprinted from the Being Libertarian.