Why Facts and Data Are Less Persuasive Than Moral Appeals

Why Facts and Data Are Less Persuasive Than Moral Appeals 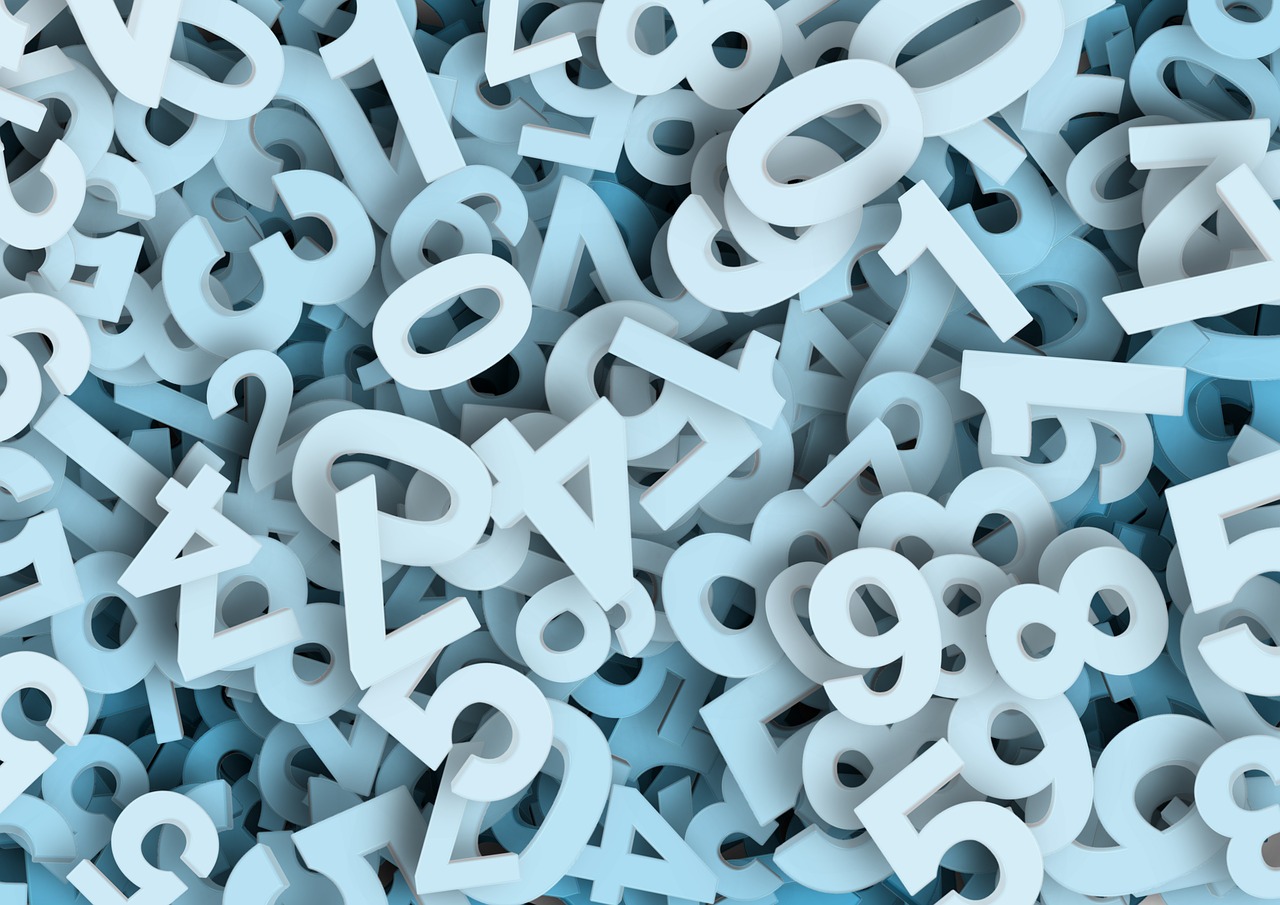 When’s the last time you heard somebody say: “that statistical table really changed my view of how society should be organized”?

That’s because facts don’t persuade, but emotions do.

People’s views are shaped by their moral intuitions first, reasoning and data come afterwards as a means to support their initial gut instincts about a topic.

This is why its so imperative for libertarians to always lead with moral appeals when attempting to persuade others of the illegitimacy of the state.

According to the social scientist Jonathan Haidt in his 2013 book “The Righteous Mind,” in the human mind, morality is the elephant and reason is just the rider.

In other words, a person’s moral intuitions will determine their opinion regarding political issues, and the “reasoning” part of the brain is just along for the ride.

While no libertarian, Haidt describes himself as a left-leaning centrist, we certainly have much to gain from Haidt’s writing. In his recently-released book “The New Right,” Michael Malice describes Haidt as “one of the most important political thinkers on earth today.”

Haidt opens his book with the story of a family who sees their pet dog get killed by a car after it ran loose into the street. After a brief mourning, the family gathers up their deceased pet, brings it inside, and decides to cook it and eat it.

Haidt challenges the reader with this question: did the family do anything morally wrong?

Assuming the meat was properly prepared, it posed no health threat upon consumption, and because it was already dead, the dog faced no additional suffering.

When posing this question in social experiments, Haidt notes, the near universal response is that the family was wrong to do what they did. But when asked to explain why, subjects struggle to come up with an answer.

Their judgement was based on an initial, gut, emotional response. They attempted to fill in reasoning afterward to support what their initial gut instinct prompted them to believe.

People will tend to bind themselves together onto political “teams” that share the same moral narratives, according to Haidt. And importantly, these narratives are formed not by a dispassionate analysis of facts, by one’s moral intuition – or initial gut instinct about something.

Using reason and data will come later in an attempt to justify the initial moral judgement.

The Roots of Moral Judgements

There are several categories, or modules, that organize moral judgement and therefore form the basis for people’s moral intuition, according to Haidt.

The most relevant is likely the “care/harm” module. This entails a concern for harm being committed to others, which is triggered by suffering not your own.

From a young age, Haidt argues, children recognize that rules that prevent harm are moral rules. Children construct moral understanding on the bedrock moral truth that harm is wrong.

Another important moral category is “fairness/cheating.” People will feel anger and contempt when we feel someone is trying to cheat us, or if the “rules of the game” are unfair.

Similar to that category is the “liberty/fairness” module, which involves a sense of moral aversion toward an aggressor attempting to dominate – or oppress – others.

Other moral modules include loyalty, which triggers negative gut reactions when someone is perceived to betray their loyalty to the group; and authority, which includes a strong respect for authority figures that is triggered by perceived acts of disobedience.

Which Categories Most Motivate the “Left” vs. “Right”?

For progressives on the left, according to Haidt, the care/harm moral module is easily the most influential category. As he wrote, “For the left, the most sacred value is caring for victims of oppression. Anyone who blames such victims for their own problems or who displays or merely excuses prejudice against a sacralized victim group can expect a violent tribal response.”

Think of angry twitter mobs that attack anytime someone is viewed to have slighted a person from a “marginalized” group.

Moreover, the left is on high alert attempting “to spot victims of existing social arrangements,” according to Haidt. The moral modules of progressives motivate their desire to change laws, traditions and institutions to solve social problems.

For the left, Haidt argued, oppression of victims and powerless groups occurs through exploitation by traditional hierarchies like the “patriarchy” and capitalism. Progressives will look to government to “defend” the weak (victim groups) against oppression by the strong (white males, capitalists, corporations) as a means of enacting justice.

Conversely, according to Haidt, conservatives endorse all of the moral modules pretty evenly, without heavily favoring one in particular. Observation, however, suggests that – at least in rhetoric – they rely strongly on the liberty/fairness category, in which perceived restraints on the liberty of individuals evokes strong negative gut reactions.

This module, as Haidt points out, is in tension with the authority category, in which conservatives tend to view any subversion of their favored authority figures to be illegitimate rebellion against the social order. Police and military obviously come to mind. Other triggers for conservatives, according to Haidt, include “acts seen to subvert the traditions, institutions or values that are perceived to provide stability.”

When understanding the different moral modules motivating progressives and conservatives, the origin of the chasm between their political beliefs becomes more clear.

In sum, according to Haidt, the left views fairness through the lens of equality of outcomes, while conservatives view fairness according to proportionality, i.e. you keep what you earn.

One thing both sides have in common, however, is a hatred of oppression, Haidt deduced. But they differ in the sources of oppression. As mentioned above, progressives view oppression as coming from those propped up by traditional social arrangements such as the patriarchy and capitalism, while conservatives tend to blame the controlling behavior of the government.

Interestingly, Haidt points out that “rich and poor are split between the left and right.” He highlights how tech billionaires typically lean left, while wealthy industrialists tend to the right. Meanwhile the rural poor are more conservative and the urban poor more progressive. Income is not a good predictor of political views, Haidt found. Perhaps this explains the noticeable trend toward emphasizing identity politics rather than economic status as a means to attract voters.

In the Art of Political Persuasion, “Feelings” Beat Facts Every Time

To change minds, Haidt advises, you need to try to nudge the elephant. Appealing to the reason of the rider will be fruitless.

For instance, libertarians can appeal to left-leaning people by first showing empathy for marginalized groups and following up by demonstrating how the state is actually the biggest source of oppression for these victim groups.

Emphasizing liberty will typically draw a sympathetic ear from most conservatives, however their instinctual attraction to the importance of authority to maintain order in society is a tough nut to crack. An appeal to the moral superiority of voluntary hierarchical structures as opposed to the ones forcibly imposed by the state may be persuasive, in part because it allows the conservative to avoid the notion of subverting authority, which they find offensive.

Regardless of whom we are trying to persuade, libertarians need to present the case that a free, stateless society is consistent with the moral foundations that motivate that person.

When it comes to the art of political persuasion, Jonathan Haidt so capably proves, always lead with a moral appeal.

It is those gut feelings, the moral intuitions people have when confronted with an issue, that are the dominant factor dividing people up into different political factions.

Presenting more facts and data will simply fall on deaf ears to someone whose moral intuition is opposed to the case you are presenting. As Haidt wrote, “People get ensnared in a moral matrix. To convince someone that they’re wrong you must approach them from within that matrix.”

To understand opposing viewpoints, follow the elephant, think about the moral foundations and try to figure out which one or two are carrying the most weight in a particular issue.

Libertarians have the most ethically consistent case for our vision of a free society. The analysis that Haidt provides can make us far more persuasive. Let’s not ignore it.