Why is Housing So Expensive?

Why is Housing So Expensive? 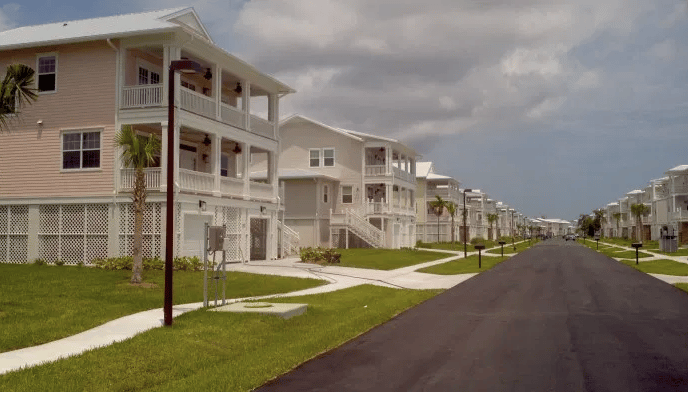 Something that VIA frequently gets requests for is help with rent payments. Why is it difficult for so many people to afford housing? The standard answer is that it’s those lazy landlords, sitting on piles of money and smoking cigars, who are to blame. This seems to make sense at first glance—after all, aren’t the landlords the ones who are charging the rent? But let’s take a closer look by examining a case from a simpler time: that of Pa Ingalls in Little House on the Prairie.

Pa Ingalls, though frequently short on luck, was an entrepreneur at heart. Anticipating that a thriving town would one day stand on the rolling grasslands, he picked a deserted spot nearby and started building a farm. This is called homesteading—in the words of John Locke, Pa Ingalls had “mixed his labor” with the land, and in doing so made it his property. He had built a nice little farm when disaster struck—worse than a prairie fire or drought. The government decided that it owned the land that Pa Ingalls had built on, and he had to leave to make room for indigenous Americans (who were, incidentally, forced to move from other lands that the government had also decided it owned—but that’s another story).

Fast forward a hundred and fifty years, and we see that the cause of the Ingall’s housing crisis is the same as our own: the government. At the simplest level, a person who needed a house could simply go to an unowned spot of land and build a shelter—not an ideal long-term solution, but everyone has to start somewhere. This simple expedient is forbidden, however, because the government has decreed that it owns all the land in America. Why, when it has not done anything at all to the land to make it the property of the government? Because, that’s why—and if you build a house on it, you’ll be kicked off and have your house stolen—if you’re lucky.

Fortunately, in a complex economy, there are people who are much better at building a house or apartment than the average person. In a free market, the high price of housing would cause people to want to build more housing—because they want the profits. But with more housing available, the price would decrease, since renters would have more options. So what stops that from happening? Again, the government. Zoning laws, building codes, and other rules and regulations prevent new housing from being created when it is needed. Not coincidentally, this makes some people demand that the government Do Something, which usually means to more government control over people’s lives.

That’s where voluntaryism comes in. Right now, all we who are more fortunate can do is help people pay the high costs that the government has imposed on everyone. But in a truly free society—one without Big Brother telling everyone what to do—how would housing be provided for the less fortunate? The possibilities are nearly endless. Simple charities—to build new housing or pay bills—would be one way. Subsidized or even no-cost housing could be made available by businesses—people are much more likely to shop at a store they live right next to than one across town. Micro living in low-cost rental living pods, house-sharing agreements, and other creative voluntary arrangements would flourish. In a voluntaryist society, the solutions to the housing problem are limited only by human imagination and initiative.

Reprinted from the Being Libertarian.