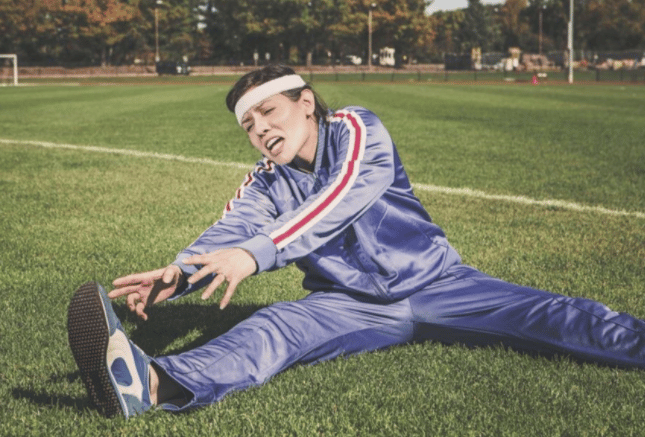 According to US News, 80 percent of New Year’s resolutions don’t live to see the light of day by the second week of February. With just eight percent of resolution-makers actually following through, it’s clear that the odds are not in your favor if you choose to join the fad.

Year after year, however, people insist on encouraging them.

Companies in the fitness and diet industries offer special packages to those determined to lose weight, while regulators urge cigarette smokers to turn their back to nicotine as the new year rolls in. Despite their efforts, the results mostly fail to meet expectations, and resolution-makers who fail feel demoralized in the end.

Realistically speaking, setting monthly goals makes more sense. You build up your self-esteem, raising the bar as you move forward.

“Is there anyone who actually lives up to their own New Year’s resolution expectations?” the discouraged resolution-maker may ask himself, only to realize that whatever the answer is, it doesn’t matter.

Realistically speaking, setting monthly goals makes more sense, not just because short-term goals are more easily attainable but also because as you set yourself to accomplish smaller tasks, you also build up your self-esteem, raising the bar as you move forward.

If you’re still not convinced, here’s the definitive list of reasons why you should ditch the never-ending New Year’s resolution fad for good.

Resolutions Are for Show, Yet Nobody Cares

Literally nobody—yet we’re told that resolutions are important and that pushing ourselves to reach unrealistic goals will boost our morale.

Just ask your family and closest friends if they remember your last New Year’s resolutions and if they have any idea whether you accomplished them or not. Better yet, ask yourself if you remember any of your close friends’ resolutions. Did they live up to them? Did you ever bother to ask?

According to an Inc. report, 71 percent of Americans resolved to eat healthier in 2019. Following closely behind were exercising more and losing weight, saving money, learning a new skill, quitting smoking, and reading more.

While some of these goals are attainable in theory, the fact that we set a goal for an entire year without checking our progress regularly makes a mockery of our hopes.

In other words, resolutions are unattainable because they give your brain too many incentives to quit before you even start.

By definition, a goal entails work, but when you set a goal that must be met sometime next year, you’re telling yourself that that goal isn’t truly worth the effort. When you focus on the prize monthly, on the other hand, you put up barriers you must crush before setting your focus on the next step.

In other words, resolutions are unattainable because they give your brain too many incentives to quit before you even start.

Many of us are guilty of resolving to “save more money.” Regardless of where we are professionally, “saving more” means little when we tell ourselves that “next year, I’ll save more,” all the while paying bills and failing to pay attention to our finances. That’s why it’s so important to think of money pragmatically, and that means coming to terms with the fact that you might not be making much more than what you already make when the coming year ends. So how do you go about saving more?

Set up a budget.

Know how much money you make and write that down. Assess how much you require to cover your monthly bills and any other regular payments you make.

Aside from important bills like a mortgage, student loans, water, electricity, gas, internet, etc., check whether you have any subscriptions you don’t use as much as you would like.

Once you figure out what you can and cannot live without, slash subscriptions that aren’t necessary.

Once you figure out what you can and cannot live without, slash subscriptions that aren’t necessary.

Do the same with things like gym memberships, trips to the coffee shop, or even how often you hire a cleaning crew for your one-bedroom apartment, and write all that down. Is it realistic to slash some of those expenses or are you going to live miserably if you do so?

Once you look at how much you bring in and how much you spend regularly and set a goal to keep your expenses contained, you will never have to make a money-related New Year’s resolution again.

When switching from a New Year’s resolution to a month-to-month goal schedule, the key to being successful is accountability—and nothing helps us acquire better eating habits than increasing accountability.

Before going on some crazy diet because you read about it online and decided that in 2020 you will wear the bikini you always dreamed of is not just irresponsible, but it’s also (nearly) impossible. Instead, go to a nutritionist and discuss your habits. Find out what kind of diet would work better with your lifestyle and start off by setting a modest weight loss goal.

Whatever you do, do not embrace the elusive New Year’s resolution just because that’s what everyone does.

Become more involved with the food you eat by cooking at home more often, and keep the bar somewhat low in the first couple of months. Once you’ve gotten better at keeping up with your new habits, set a higher standard for the following months, and watch as changes take shape right before your eyes.

Whatever you do, do not embrace the elusive New Year’s resolution just because that’s what everyone does. Be realistic, and remember: you are your own worst critic—but you should also give yourself time and room for improvement without losing track of your schedule.