Will TSA Steal Your Face?

Will TSA Steal Your Face? 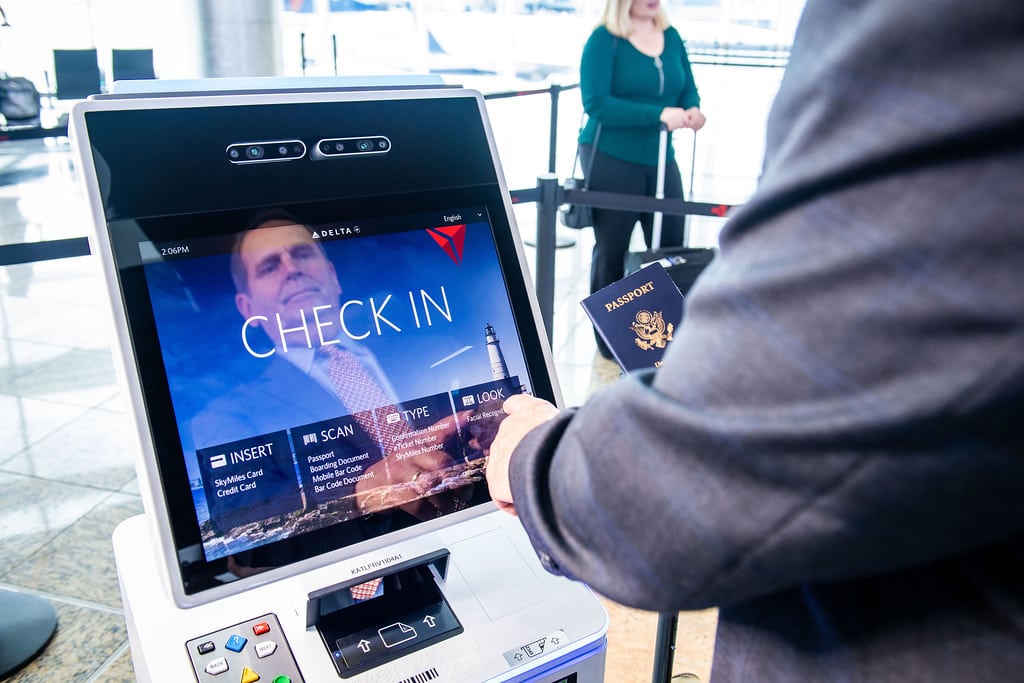 The Transportation Security Administration is running a pilot program in which travelers stand in photo kiosks that compare their face with a federal database of photos from passport applications, drivers’ licenses and other sources. TSA promises that its new airport regime, which could vastly expand next year, will respect Americans’ privacy.

What could possibly go wrong? Aside from everything? Will Americans tolerate an out-of-control agency intruding ever further into their lives? The Washington Post warned in 2019 that airport facial recognition systems are “America’s biggest step yet to normalize treating our faces as data that can be stored, tracked and, inevitably, stolen.” (Federal records of citizens’ photos were already filched in a 2019 “malicious cyberattack.”)

“Trust us” is the TSA mantra for its new Credential Authentication Technology program. TSA is one of the most secretive domestic agencies and is notoriously non-compliant with the Freedom of Information Act.

“TSA hasn’t actually released hard data about how often its system falsely identifies people, through incorrect positive or negative matches,” The Washington Post recently noted. TSA will be relying on photo identification systems that have a misidentification error rate up to 100 times higher for Blacks and Hispanics. The ACLU tested facial recognition systems in 2018 by running photos of members of Congress through a massive data of police mug shots, and 28 lawmakers “were incorrectly matched to people charged with a crime.” Actually, the number of congressmen who have committed criminal offenses is probably far higher but the matches to those specific mug shots were erroneous.

TSA is already partnering with the Customs and Border Patrol agency to compel any American entering or leaving the nation to submit to being photographed for their database. That initiative was launched by the Trump administration and spurred plenty of Republican cheering on Capitol Hill. That program is named “Biometric Entry/Exit.” A better name would be: Nobody Leaves Without Uncle Sam’s Permission. But since the program will rely on computer databases instead of a Berlin Wall, nobody should worry. “Biometric Entry/Exit” sets a precedent for federal controls over Americans’ movement inside the U.S.

TSA will be capitalizing on vast federal poaching of state and local records, as well as online records. As Techdirt reported, “Federal investigators have turned state Department of Motor Vehicles databases into the bedrock of an unprecedented surveillance infrastructure.” The FBI is regularly tapping into databases with more than 600 million facial photos. As Mike Maharrey of the Tenth Amendment Center noted, “A 2019 report revealed that the federal government has turned state drivers’ license photos into a giant facial recognition database, putting virtually every driver in America in a perpetual electronic police lineup.”

“Mission creep” will likely follow the rollout of TSA’s facial round-up. The ACLU warns that “there will be enormous pressure to turn those [TSA facial] checkpoints into broader law enforcement checkpoints where people are subject to watchlist, criminal, and immigration checks.” There are reports that the CIA and FBI “already want to leverage TSA checkpoints for law enforcement and intelligence purposes…pressure will build to expand it further and try to identify everyone from parole violators to deadbeat dads,” according to an ACLU White Paper.

Never forget that TSA also promised to protect privacy a dozen years ago when it rolled out the Whole Body Scanners, often derided as “nudie scanners.” TSA initially said the Whole Body scans would be voluntary, then they became mandatory. TSA claimed that the photos could not reveal intimidate details of travelers. But the scans revealed intimate details—whether females had breast implants or whether guys were circumcised or could qualify as a porn star. The Electronic Privacy Information Center labeled the scanners “one of the most sweeping, most invasive and most unaccountable suspicionless searches of American travelers in history.” TSA claimed the Whole Body Scanners were vital for security; an IG report revealed that the scanners failed 95% of tests to detect smuggled weapons and mock explosives. TSA responded to that report by ordering TSA screeners to become more aggressive with travelers, spurring far more complaints from females who said they had been molested at checkpoints. Former TSA agent Jason Harrington lamented in 2014: “The TSA was compelling toddlers, pregnant women, cancer survivors—everyone—to stand inside radiation-emitting machines that didn’t work.”

TSA has a tawdry record on treating every traveler like an unindicted co-conspirator. In 2002, TSA decided that the dismal federal security failures that preceded the 9/11 attacks entitled Uncle Sam to vacuum up far more information about anyone who took a flight in America. TSA commenced building a Computer Assisted Passenger Prescreening System (CAPPS) database with more than a hundred million names, credit card numbers, addresses, and other financial and personal details for every airline passenger. TSA planned to create a national database of everyone who requested a kosher meal, among many other terrorist warning signs. TSA sought to search every traveler’s medical records but backed away after a public backlash. The ACLU warned that CAPPS “would secretly rate every American as a potential terrorist,” assigning a color code—green, yellow, or red—indicating a person’s risk level. Anyone who visited a website like the Libertarian Institute might have gotten a “color upgrade.”

While CAPPS was sold to assure flight safety, policymakers quietly vastly expanded the list of individuals who would be detained at TSA checkpoints. CAPPS aspired to snare any traveler wanted for any federal offense. Up to two percent of airline passengers “will be prohibited from boarding…and face police questioning and may be arrested,” The Washington Post reported. Detaining 40,000 passengers each day could have required building new detention cells at every airport. The Electronic Frontier Foundation warned that CAPPS could produce “the worst of both worlds: no real security against dedicated attackers, but a massive social surveillance system which will affect every American.” TSA abandoned CAPPS even before it was formally launched. The New York Times reported that the system was doomed because it was “expanded…to serve broader police purposes.”

But surveillance systems naturally expand to “serve broader police purposes,” and federal law enforcement is crusading to vastly expand facial surveillance. The FBI’s Kimberly Del Greco told Congress that facial recognition technology is critical “to preserve our nation’s freedoms, ensure our liberties are protected, and preserve our security.” Relying on the FBI for a character witness for preserving freedom should set off all the civil liberties alarms. As the Electronic Privacy Information Center warned, “An individual’s ability to control access to his or her identity, including determining when to reveal it, is an essential aspect of personal security and privacy that biometric identifiers erode.”

The TSA scanning system could be a big step towards a Chinese-style “social credit” system that could restrict travel by people the government despises. Will the new facial recognition software be programmed to trigger an alert for anyone who radiates disdain for the TSA? Will a secret scoring system classify scruffy beards as a warning sign of “domestic extremist”? Will folks who look too ornery for their own good be taken behind closed doors for a TSA “enhanced patdown” that exhausts their annual profanity quota?

The only way to justify TSA’s facial surveillance regime is to presume that secretive federal agencies never abuse the powers they capture. In other words, it requires disregarding everything that happened in Washington after the 9/11 attacks. The Supreme Court declared in a 2018 case, “A person does not surrender all Fourth Amendment protection by venturing in the public sphere.” But the proliferation of federal facial scanning makes a mockery of the Fourth Amendment’s prohibition of warrantless unreasonable searches. As the ACLU’s Jay Stanley wrote, “Travelers, including U.S. citizens, should not have to submit to invasive biometric scans simply as a condition of exercising their constitutional right to travel.” Will the database the TSA helps compile be used to target anyone who attends a protest that politicians subsequently label as seditious, extremist, or unpatriotic?

After 20 years of follies, floundering, and frauds, TSA has forfeited its right to domineer the American people.    Rather than permitting TSA to “round-up all the faces,” it is time to put American travelers out of their misery.  Rather than opening another anti-privacy Pandora’s Box, airport security should be privatized along the lines adapted in Canada and European nations.