William Barr: Enemy of the Constitution?

William Barr: Enemy of the Constitution? 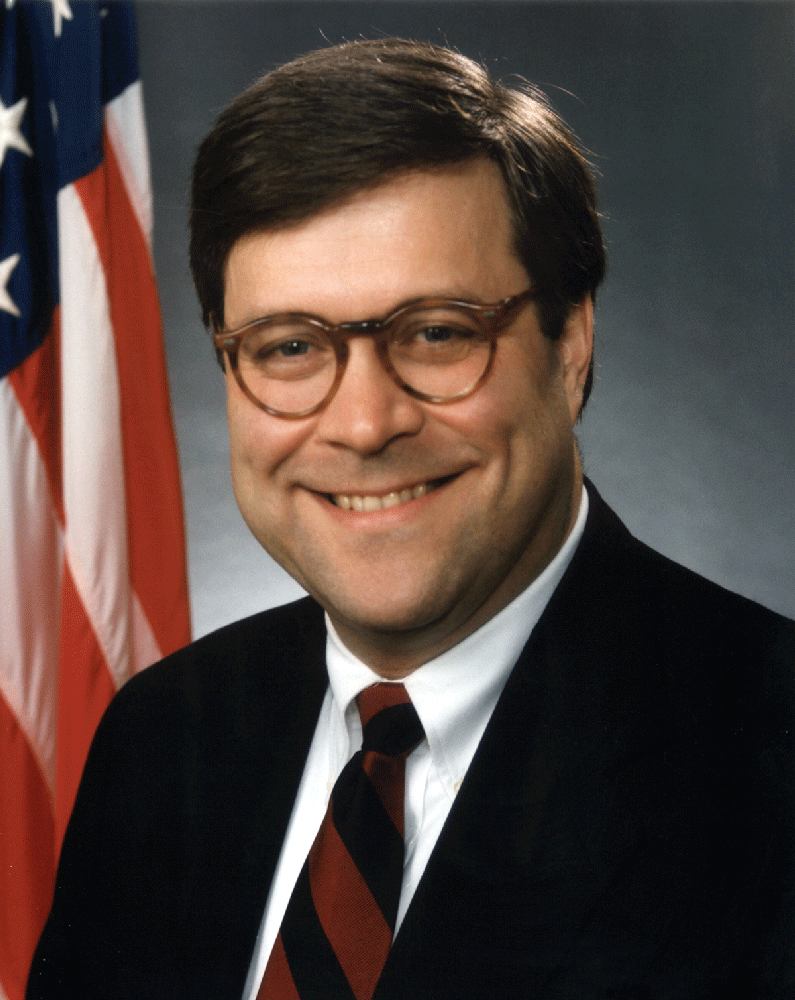 Barr has a long history of opposing gun rights and yesterday promised California Senator Diane Feinstein he would enthusiastically support efforts to take away gun rights without due process.

During Barr’s tenure he showed himself to be an opponent of civil liberties and a supporter of unlimited executive power. Barr worked with the Drug Enforcement Agency (DEA) to collect phone records of Americans without a warrant. This was the “beta” version of the NSA’s bulk records collection (before the war on terror, the war on drugs was the go-to excuse for expanding the surveillance state and eroding the fourth amendment).

Barr also takes an expensive view of power. He actually tried to convince President Bush that he should not seek Congressional authorization to go to war with Iraq in 1990! Barr’s argument was that if he put troops in Saudi Arabia he had the authority to order military operations to keep the troops safe and halting Iraqi aggression would keep the troops safe.

Campaign for Liberty co-signed a letter to the Senate Judiciary Committee requesting they question Barr on his views of executive authority:

We are writing to express our deep concerns about Attorney General nominee William Barr’s views on presidential war powers. Given the extreme and disturbing nature of Mr. Barr’s views on war powers, we believe they deserve special attention.

As head of the Office of Legal Counsel, Deputy Attorney General, and Attorney General, Mr. Barr advised President George H.W. Bush that he had the right to use military force without Congressional approval.1 These opinions were in regard to US military action in Panama,2 Iraq,3 and Somalia,4 respectively.

Mr. Barr’s own accounting of his role in the decision-making concerning the first Gulf War is particularly disturbing. According to Mr. Barr, he informed the President that he had the authority to launch an offensive military action against Iraq without Congressional authority. In addition to claiming an inherent Article II authority, Mr. Barr also advanced what he called a “bootstrap theory” in case his primary legal theory was rejected. Per Mr. Barr, since the President’s decision to deploy half a million US troops to Saudi Arabia was legal, the President had the legal right to defend those troops. Thus, the President could attack Iraq. Mr. Barr reasoned:

We have intelligence that they have weapons of mass destruction—chemical weapons, biological weapons—and your job as commander-in-chief is to make sure those troops are not preemptively attacked. If you feel as commander-in-chief that in order to protect your army in the field you have to launch first, you absolutely can do that. Which I thought was an ingenious argument, .

We do not dispute the legal right of the US military to use force to defend itself from armed attack, but Mr. Barr’s twisted legal reasoning would have cynically used a claim of preemptive self defense as a pretext to allow the President to take offensive military action without prior Congressional authorization. This type of mission creep, US troops deployed in a non-combat situation initiating a war against a third party, is why Congress sought to reassert its Constitutional authority in the wake of the Vietnam War.

Barr did encourage President George H.W. Bush to seek a resolution from Congress concerning the Gulf. However, the resolution “would not be the law. It wouldn’t be a statute authorizing you to do it, but a resolution supporting what you did.”

The Constitution of the United States gives Congress, not the President, the sole power to declare war. In response to President Richard Nixon’s secret and illegal bombing of Cambodia, Congress took affirmative steps to reclaim its war powers by passing the War Powers Resolution. This law codified limits on the President’s ability to commit the US military to hostilities without Congressional authorization. Mr. Barr’s opinions are clearly at odds with both the Constitution and the War Powers Resolution.

Mr. Barr’s nomination comes at a time when there is heightened vigilance in Congress about asserting its Congressional war powers. The Senate recently invoked the War Powers Resolution in order to end unauthorized US military action in the Saudi-led war in Yemen. This vote was in spite of claims by the Department of Defense’s General Counsel that the US military action in the Saudi-led war in Yemen did not constitute “hostilities” and thus were not covered by the War Powers Resolution. There has been growing concern in Congress about how the post-9/11 Authorization for the Use of Military Force has been expansively interpreted by the executive to engage in military actions across the globe. Unauthorized US military actions in Syria and Libya, like unauthorized U.S. participation in the Saudi war in Yemen, went beyond any claimed invocation of the post-9/11 AUMF, relying on no Congressional authorization of force at all.

Mr. Barr’s views on the President’s authority to initiate military action without Congressional approval are disqualifying. They are particularly troubling in the current context. We ask that the committee thoroughly question Mr. Barr about about his current views on war powers, including how they pertain to current debates about Yemen and Syria. We urge the committee to reject any nominee who does not respect Congress’s authority.

Questions may be addressed to Chip Gibbons, Policy and Legislative Counsel, Defending Rights & Dissent, Chip@rightsanddissent.org or 202-552-7408

Campaign for Liberty members should call their Senators and tell them to oppose William Barr’s nomination for Attorney General.