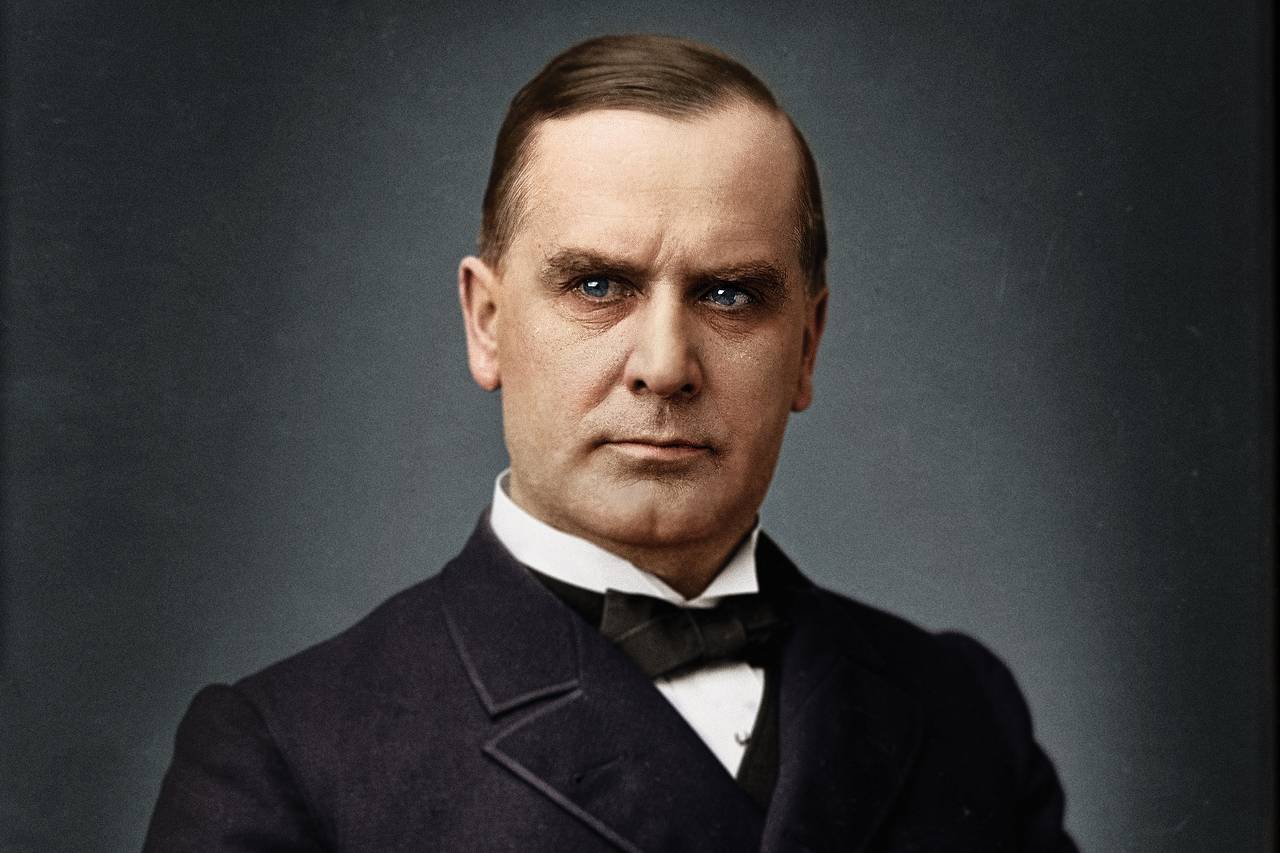 When libertarians imagine terrible presidents, a few names may come to mind: Woodrow Wilson, Franklin Roosevelt, George W. Bush, just to name a few. However, there’s one awful president that few libertarians think very much about, and that’s William McKinley.

While rarely mentioned in modern discussions about history and politics, McKinley embodies almost everything any true libertarian should dislike. Serving as president from March 1897 until his assassination in September 1901, McKinley was an imperialist warmonger, supporting American colonialist ambitions which were present at the time. Economically, he was a protectionist, passing numerous protectionist tariffs on American imports. Overall, the vast majority of McKinley’s actions as president were very much anti-libertarian in nature.

McKinley’s most egregious statism was in his foreign policy. While only serving as president for slightly over four years, McKinley approved numerous foreign interventions which stain the reputation of the United States to this day. The most famous of these conflicts is the Spanish-American War of 1898. In this war, the U.S. declared war on the Spanish Empire in April 1898, hoping to support rebel movements in Spanish colonies.

The official justification for going to war was the sinking of the USS Maine in February 1898. The USS Maine had been sent to Havana in Cuba, then a Spanish colony, to protect U.S. business interests in the area during the Cuban war for independence. The ship was sunk on this mission, and the U.S. Navy’s report of the incident concluded that the cause of the sinking was an underwater mine explosion. However, this report was inconclusive, and numerous military officials concluded that a coal fire had caused the ship’s ammunition to explode, causing it to sink. Furthermore, there is still no evidence to this day that the ship was intentionally sunk by Spain. However, this did not stop American newspapers and journalists at the time from calling for war, ultimately leading to the U.S. declaring was on Spain two months later.

Militarily, the war was an easy victory for the Americans. Despite Spain having been a colonial power for around 400 years, its power had been declining since the Napoleonic wars in the early nineteenth century. Many of its ships were obsolete, and were unable to fight American naval vessels effectively. Furthermore, rebels in the Spanish colonies of the Philippines, Cuba, and Puerto Rico were eager to assist American troops, believing they would help them secure independence. Only four months after the war began, in August 1898, Spain surrendered in the Treaty of Paris, ceding the Philippines, Cuba, Guam, and Puerto Rico to Uncle Sam.

However, this would not be the end of American military operations in these territories. While Cuba became an independent state in 1902, the Philippines did not share the same fate. The McKinley administration wanted to establish a naval presence in the Asian pacific. Thus, it was soon decided that America would not be granting the Philippines independence as had initially been implied during the war. The Filipinos were understandably outraged by this, and soon revolted against the American colonial authorities. This led to the Philippine-American war in 1899, one of the bloodiest and least-well-known conflicts in American history. During the war, between 200,000 and 1,000,000 Filipinos were killed, the majority of whom were civilians who died from disease, around 2-10% of the country’s pre-war population. The rebellion was crushed by 1902, and the Philippines would not gain independence until 1946.

During the Spanish-American war, the United States would also annex the independent Republic of Hawaii in 1898. Five years earlier, in 1893, the Kingdom of Hawaii had been overthrown by American and European settlers in the country who immediately requested the archipelago be annexed. While the U.S. had initially resisted annexation under president Grover Cleveland, McKinley was eager to annex Hawaii in order to expand America’s presence in the Pacific. As a result, native Hawaiians soon became second-class citizens in their own homeland, and the situation would change little until the Civil Rights movement in the 1960s.

Another foreign intervention my McKinley was the Boxer rebellion in China. During this conflict, a group of Chinese nationalists called the Yihetuan, known as the “Boxers” in English, attacked Westerners and Christians in China. In response, the United States, as well as several other countries, sent troops to put down the Boxer rebellion, which ultimately led to direct fighting with the Chinese government. McKinley, without congressional authorization, sent 5,000 U.S. troops to assist the international expedition. This is often considered to be the first example of modern presidential war powers being used, in that McKinley acted against a foreign government without getting approval from or even consulting Congress. Around 100,000 people were killed in the Boxer rebellion, and the reparations which China was made to pay (equal to over a year’s worth of their government’s tax revenue) crippled the Chinese economy, ultimately being a key factor in the later collapse of the Qing dynasty and Chinese Civil War.

Economically, McKinley also pursued an interventionist policy. While the American economic did grow during McKinley’s administration, this was largely due to the economic recovery from the Panic of 1893, not McKinley’s policies. In his first months in office, McKinley passed the Dingley Act, authorizing new tariffs to be placed on imports. This act effectively undid the Wilson–Gorman Tariff Act of 1894, which had lowered rates. The Dingley tariffs brought the average tax rate of the goods they were placed on up to 47% for the lifetime of the act (in its first year, the average tariff rate imposed by it was 52%), the highest rate of any tariff in American history. Now, the one thing McKinley should get credit for is his passage of the 1900 Gold Standard act, which, as its name implies, made the U.S. dollar redeemable for a set amount of gold. However, because U.S. dollars had previously been backed by silver, this act did little in actually influencing American economic policy, being more of an experiment than anything else.

Among libertarians, McKinley deserves the utmost contempt among presidents. His foreign and economic policies were comparable in their authoritarianism to those of Woodrow Wilson and Franklin Roosevelt. Ironically, McKinley had initially spoke against interventionism, stating in his inauguration address that, “We want no wars of conquest. We must avoid the temptation of territorial aggression.” However, this was a blatant lie. McKinley’s support for tariffs brought them to their highest level in American history, slowing economic growth. All of these policies served to negatively impact both America and the world.