The Police Unity tour, a joint US Israeli meeting including 50 high-ranking police officers from the US will be in Israel for 9 day’s to learn the latest in counter-terrorism techniques.

“We will be discussing the issue of the kites and balloons so we will know what and how the Israeli officers deal with it,” Safras said.

It’s about time the US started taking this issue seriously.  All over America, at parks, in neighborhoods and at the beach would-be terrorists are flying kites unsupervised.  Thank god someone is finally going to keep an eye on these troublemakers. 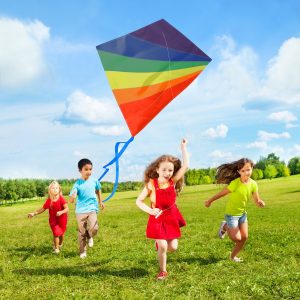 And who better to learn from than the Israelis?

Israel’s internal security minister reportedly stated that the army is seeking ‘ethical technological solutions’ to stop the ‘threat’ of kites; however, the new policy now in place allows the Israeli army and air force to treat those flying kites the same way as fighters firing rockets.

Caitlin Johnstone "One of the few precious voices of sanity on Russia". Stephen F. Cohen, an eminent historian whose books and commentaries on Russia examined the rise and fall of Communism, Kremlin dictatorships and the emergence of a post-Soviet nation still...

END_OF_DOCUMENT_TOKEN_TO_BE_REPLACED

Rat Bastard H.R. McMaster: Trump ‘in effect is partnering with the Taliban against the Afghan government’

Can you believe the garbage still coming from this loser?: “Well I think what he did with this new policy is he in effect is partnering with the Taliban against, in many ways, the Afghan government.” McMaster said. “So I think that it’s an unwise policy, and I think...

END_OF_DOCUMENT_TOKEN_TO_BE_REPLACED

Your Security Force: Just a Bunch of Terrorists

Here they try to steal a senile old woman's home over what they claim is a property tax bill of six cents. The mayor says it's the computer's fault and no human man is responsible. You can't hot tar and feather a computer. A mayor however...