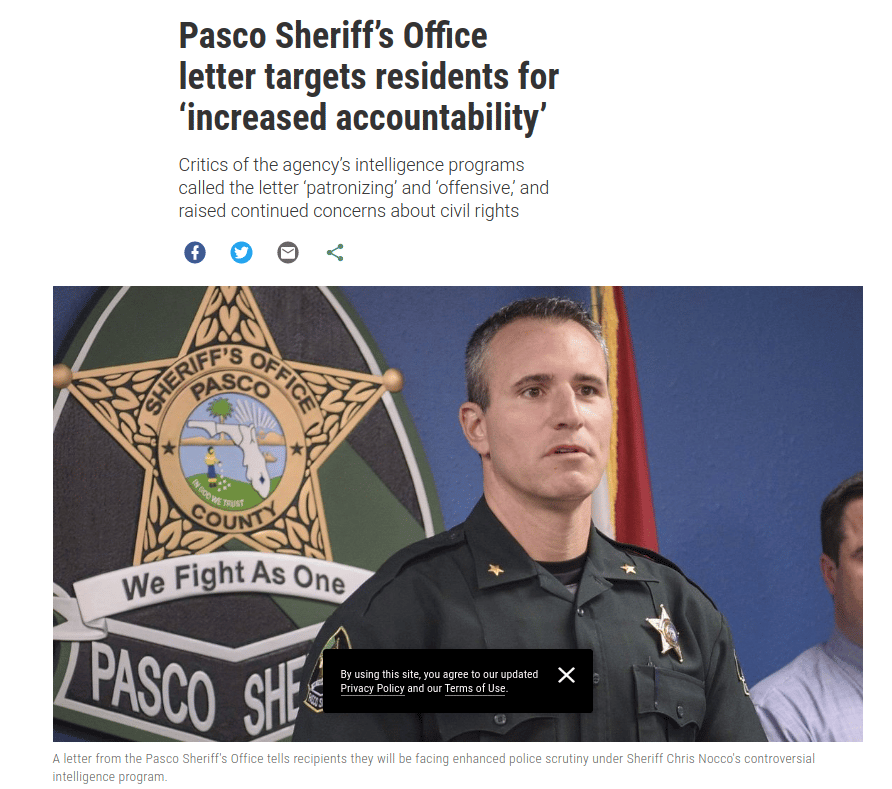 It starts like an offer of admission from a prestigious university.

“We are pleased to inform you that you have been selected…” it says.

But the four-page letter from the Pasco Sheriff’s Office goes on to tell recipients they will be facing enhanced police scrutiny under the agency’s controversial intelligence program.

“You may wonder why you were enrolled in this program,” the letter continues. “You were selected as a result of an evaluation of your recent criminal behavior using an unbiased, evidence-based risk assessment designed to identify prolific offenders in our community. As a result of this designation, we will go to great efforts to encourage change in your life through enhanced support and increased accountability.”

Last year, a Tampa Bay Times investigation revealed that the Sheriff’s Office creates lists of people it considers likely to break the law based on criminal histories, social networks and other unspecified intelligence. The agency sends deputies to their homes repeatedly, often without a search warrant or probable cause for an arrest.

Targets and their relatives, including four who are now suing the Sheriff’s Office in federal court, described the tactics as harassment and a violation of their constitutional rights. National policing experts drew comparisons to child abuse and surveillance that could be expected under an authoritarian regime.