Washington Post – The propaganda arm for the Defense industry quietly let’s us know who is behind the opposition to Biden’s Afghanistan troop withdrawal. Of course she is a professor at Harvard.

“Last week, the Washington Post ran an op-ed opposing President Joe Biden’s commitment to withdraw U.S. military forces from Afghanistan by September 11, 2021, by Council on Foreign Relations President Richard Haass and Meghan O’Sullivan, “professor at the Harvard Kennedy School, and the North American chair of the Trilateral Commission,” according to the Post. That bio, as originally published on Friday, omitted a crucial, and highly lucrative, position held by O’Sullivan: board member at Raytheon Corp, one of the top five arms makers in the world.

Raytheon, which has a $145 million contract to train Afghan Air Force pilots, is a major supplier of weapons to the U.S. military. In other words, weapons of war is Raytheon’s business and the end of America’s longest war almost certainly poses a threat to the company’s bottom-line. 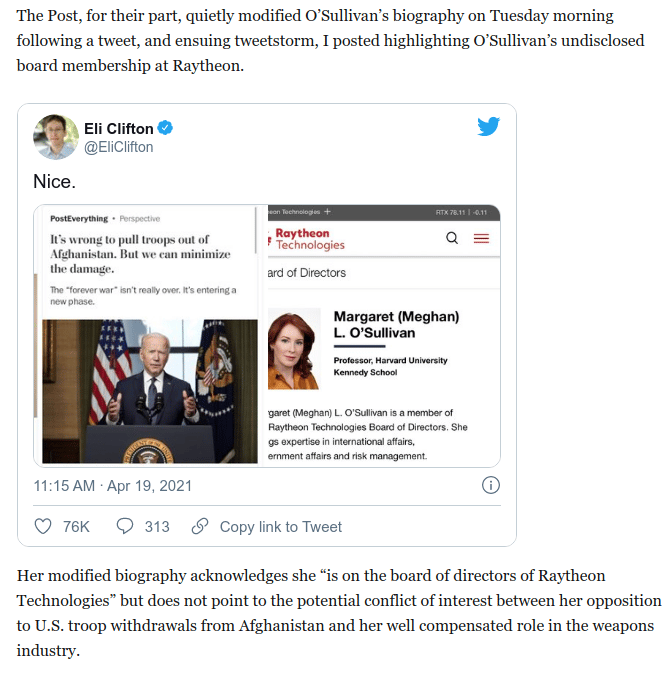