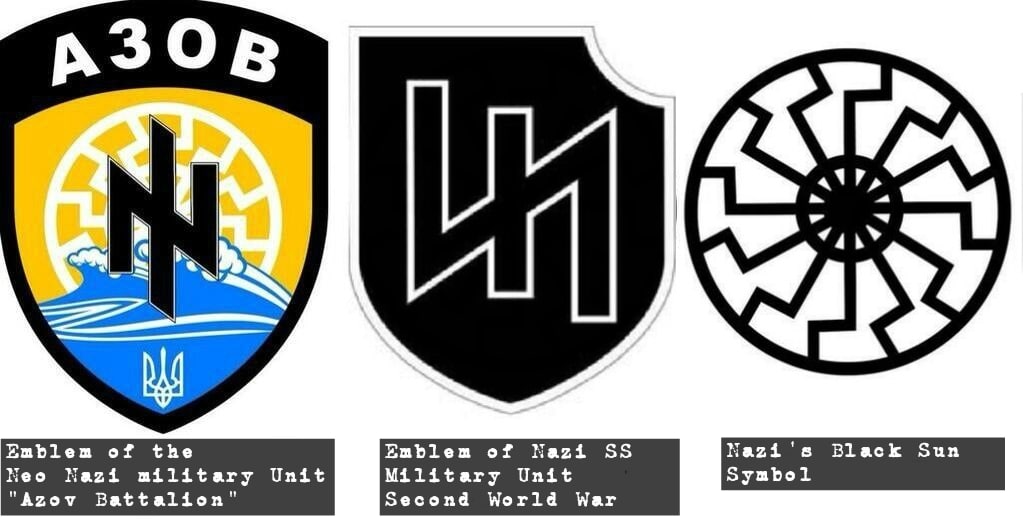 The Azov Battalion is an essential element of the Ukrainian National Guard that America has supported with numerous weapon shipments. It is also a neo-Nazi militia that has been fighting separatist forces in Ukraine’s eastern Donbass region since 2014. 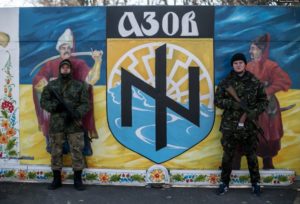 Ukrainian fighters stand alongside the logo of the Azov Battalion, which features Nazi-inspired ‘Wolfsangel’ and ‘Black Sun’ symbols.

Once on Facebook’s ‘Dangerous Individuals and Organizations’ list which barred any discussion of Azov on the platform, users will now be able to feely praise the group. The Intercept reports:

According to internal policy materials reviewed by The Intercept, Facebook will “allow praise of the Azov Battalion when explicitly and exclusively praising their role in defending Ukraine OR their role as part of the Ukraine’s National Guard.” Internally published examples of speech that Facebook now deems acceptable include “Azov movement volunteers are real heroes, they are a much needed support to our national guard”; “We are under attack. Azov has been courageously defending our town for the last 6 hours”; and “I think Azov is playing a patriotic role during this crisis.”

Twitter also appeared to be on board with allowing the militia to spread its bigoted views. In a post from the verified Ukrainian National Guard account on Sunday, a video shows an Azov soldier dipping a bullet in pig lard to kill Muslims fighting for Russia, who he describes as “Orcs.” (Islamic doctrine forbids the consumption of pork.)

However, some 12 hours after the tweet went live, Twitter appended a disclaimer to the post noting that it had violated the site’s “rules about hateful conduct,” but added that it would remain accessible as the information “may be in the public’s interest.”

The Facebook and Twitter policies are in line with comments from former Pentagon official Evelyn Farkas, who told Newsweek “They have right now existential issues to deal with, and the far-right groups are helping defend Ukraine.”

“So at this moment in time, the Ukrainian government needs all the help it can get from its citizens, regardless of their ideology,” she added.