Gen. Don Bolduc Did Not Get “Hit” 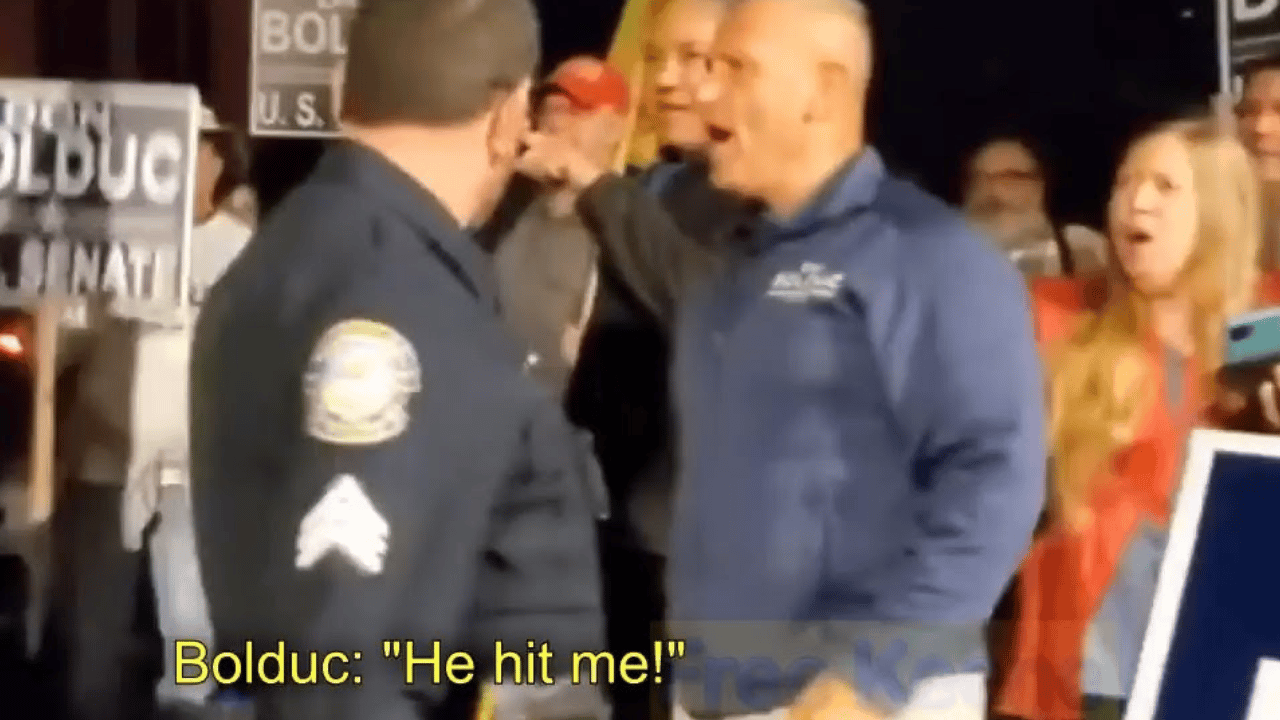 The Libertarian Party of New Hampshire has been getting under the skin of LP Senate candidate Jeremy Kauffman’s war hawk opponents. Kauffman has been excluded from the debates, which the party is protesting. The latest controversy involves Republican candidate General Don Bolduc’s claim that he was “hit” by Joseph Hart, an antiwar, libertarian activist who was attempting to interview him before a debate. According to Goffstown police, Hart has been charged with criminal trespass and disorderly conduct.The fact that Hart has been charged with disorderly conduct and not battery suggests local prosecutors do not believe they can prove beyond a reasonable doubt that Hart struck Bolduc, according to Patrick Macfarlane, our Justin Raimondo Fellow who is also an attorney in private practice.

The media is now pushing the narrative that he was attacked. On his Fox News show, Sean Hannity helped Bolduc double down last night. The multi-angle videos of the altercation reveal that Hart did not assault Bolduc. If anything, Bolduc’s supporters committed the assault.

This such a shameless lie @GenDonBolduc was approached but not attacked. The man with a camera stopped feet away from him before a Bolduc supporter rushed and hit him with a flag after Don very obviously elbowed the man with a camera claiming “He hit me!”
pic.twitter.com/sJyGCldMhr https://t.co/RKZe8BuZXB

Last night @GenDonBolduc went on @seanhannity who further promoted the lie that Bolduc was assaulted.

Bolduc could have corrected the record but preferred to play victim of political violence after falsely accusing a man of assaulting him. pic.twitter.com/eoTcdcTq4v

Don Bolduc WAS NOT assaulted.

Conservative media is LYING about it.

We have clear video from multiple angles showing Bolduc threw and elbow and then pretended he was the one who was hit. #NHPolitics pic.twitter.com/nAvRHv4qaD

Snowflake Don lied about it to the media, who have all uncritically repeated the lie despite clear video evidence.