How About Some Accountability

For cops that break the law and send innocent people to jail. 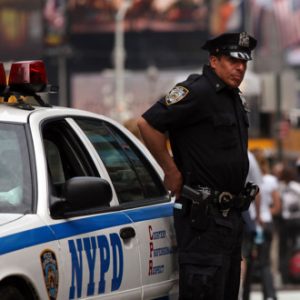 Jason Arbeeny, a fourteen-year veteran of the NYPD, was convicted of planting crack on a innocent couple, but avoided jail yesterday with a teary apology. “I can’t look at myself in the mirror anymore,”

Arbeeny’s attorney blamed his action on the “enormous pressure” of arrest quotas.  It’s called flaking by the cops – planting drugs on innocent people to pump their arrest stats.

A former detective cooperating with prosecutors detailed in court the practice of “flaking,” or planting drugs on innocent people, which he admitted to doing in order to help a fellow officer whose buy-and-bust stats had been low. “As a detective, you still have a number to reach while you are in the narcotics division,” Stephen Anderson explained, admitting that “multiple times” he’d observed the practice of “taking someone who was seemingly not guilty of a crime and laying the drugs on them.” Asked about the damage inflicted on the victim, Anderson said, “It was something I was seeing a lot of, whether it was from supervisors or undercovers and even investigators,” and added callously, “It’s almost like you have no emotion with it, that they attach the bodies to it, they’re going to be out of jail tomorrow anyway; nothing is going to happen to them anyway.” Eight cops were busted in Brooklyn and Queens for such arrests, leading a federal judge to call out “widespread falsification” at the hands of the NYPD.

Cry me a river for these corrupt cops.