“I say to the Israeli army on the border from tonight, stand guard (on high alert). Wait for us one, two, three, four days … what happened last night won’t cut it with us,” Nasrallah said.

Undeterred, the IDF has employed a new strategy of replacing real soldiers with dolls.

With tensions at an all-time high along the Israel-Lebanon border, Hezbollah militants have been cracking jokes at the Israeli military, which has seemingly placed mannequins in military vehicles.

Pictures began circulating on Hezbollah-affiliated Twitter accounts early Thursday morning of seemingly abandoned vehicles, but taking a closer look at them in the morning, a figure is clearly seen.

But it’s not an IDF soldier, but rather a mannequin in military uniform. 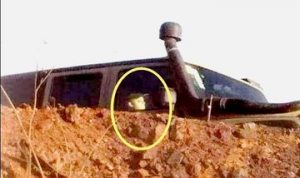 IDF spokesman Maj. Avichai Adraee would not comment specifically on the new strategy.  He did though state the IDF is reevaluating the program as some real soldiers seem to have become very attached to their dolls. 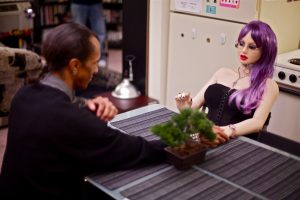