It’s A Cancer’: Pompeo Says U.S. Will Brand BDS Antisemetic; Crack Down On It 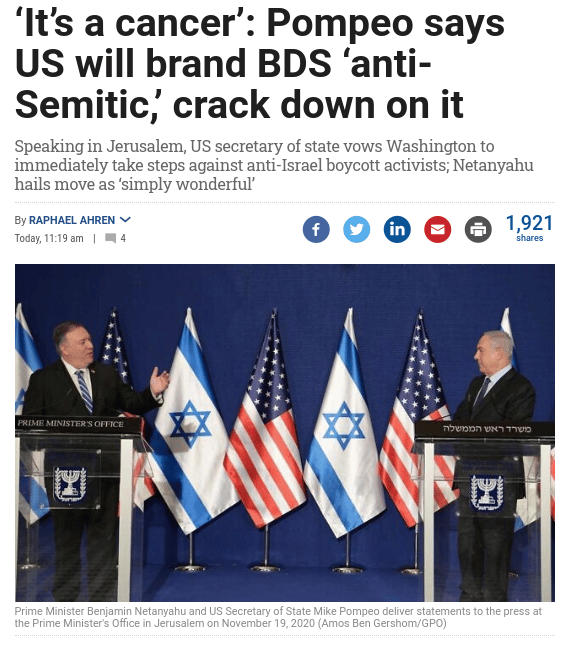 The United States government will formally designate the anti-Israel boycott movement “anti-Semitic” and immediately start cracking down on groups affiliated with it, US Secretary of State Mike Pompeo announced Thursday during a visit to Israel, calling BDS a “cancer.”

“Today I want to make one announcement with respect to a decision by the State Department that we will regard the global anti-Israel BDS campaign as anti-Semitic,” he said, standing next to Prime Minister Benjamin Netanyahu during a joint statement to the press.

“I know this may sound simple to you, Mr. Prime Minister, it seems like a statement of fact, but I want you to know that we will immediately take steps to identify organizations that engage in hateful BDS conduct and withdraw US government support for such groups. The time is right,” Pompeo declared.

At that point, Netanyahu interrupted the US top diplomat’s comments, saying, “It doesn’t sound simple, it sounds simply wonderful.”