“NSA whistleblower Reality Winner, who was the first to be prosecuted under the Espionage Act under Trump, and former CIA officer John Kiriakou pursued pardons. They were effectively denied as well. On January 17, the New York Times reported that an associate of Trump lawyer Rudy Giuliani told Kiriakou a pardon would cost him $2 million. “I laughed. Two million bucks—are you out of your mind?” Kiriakou told the Times. “Even if I had two million bucks, I wouldn’t spend it to recover a $700,000 pension.” The report exposed a sliver of the corruption around pardons in the final days of the Trump presidency, as “several people with connections” to Trump apparently “accepted large sums of money” in return for clemency. Kiriakou said Trump was not the only president in history to encourage this kind of behavior. “Certainly, Bill Clinton did at the end of his administration well. But this just highlights how the pardon process in the United States is broken.” 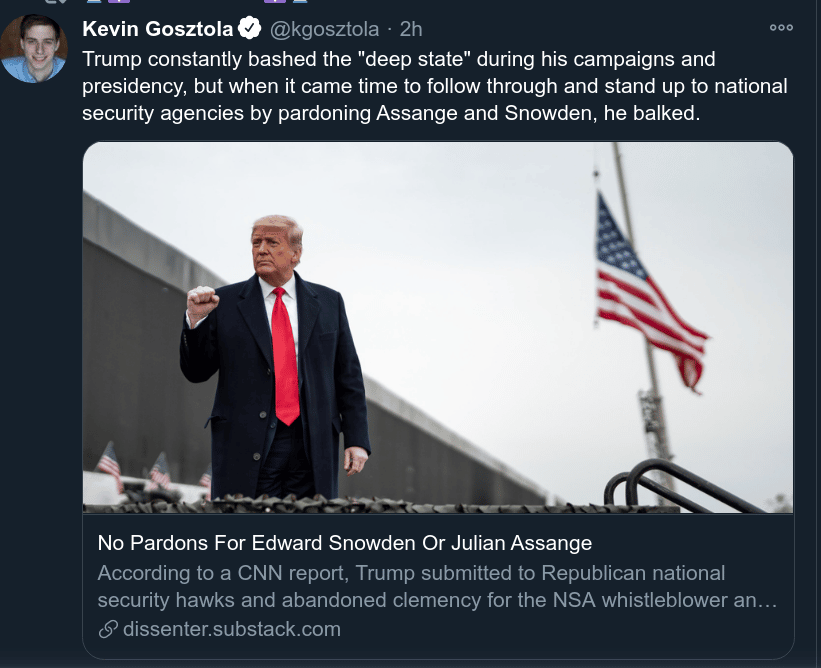