You can’t stop markets – where their is a buyer their will be a seller.

The interventionists (mainly Samantha Power) in the Obama administration (the same ones that now populate the Biden Administration) used the cover of “Responsibility to Protect” to remove the leader of Libya, Muammar Gaddafi thinking a new era of democracy will rise in Libya once he is removed.  As Ron Paul wrote:

“Power, who served on President Obama’s National Security Council staff and as US Ambassador to the UN, argued passionately and successfully that a US attack on the Gaddafi government in Libya would result in a liberation of the people and the outbreak of democracy in the country. In reality, her justification was all based on lies and the US assault has left nothing but murder and mayhem. Gaddafi’s relatively peaceful, if authoritarian, government has been replaced by radical terrorists and even slave markets.”

Now you can add Libya as a transit point for drugs to Western Europe.  Doubt they learned any lesson from this. 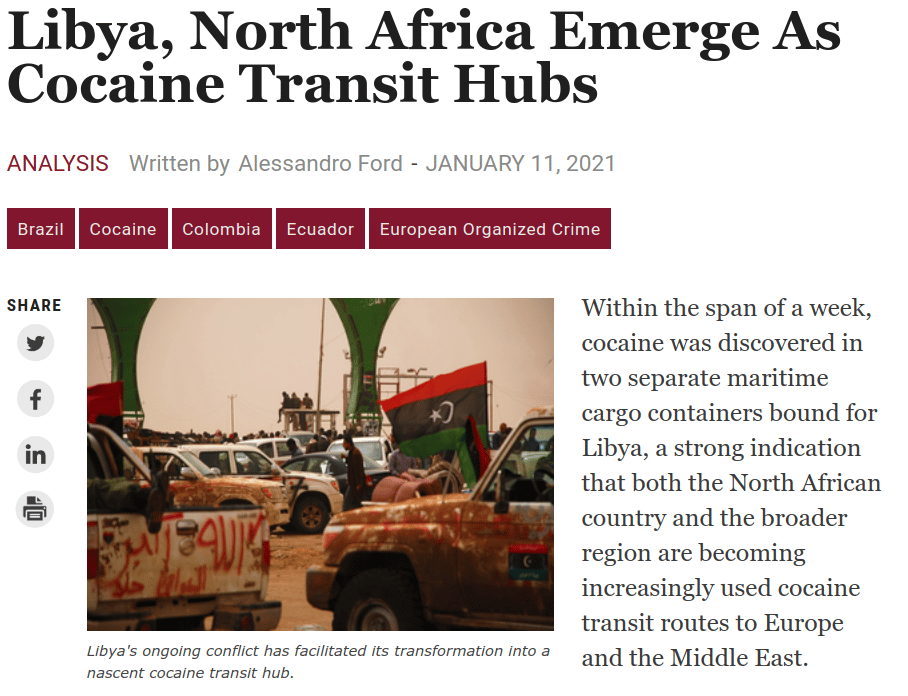