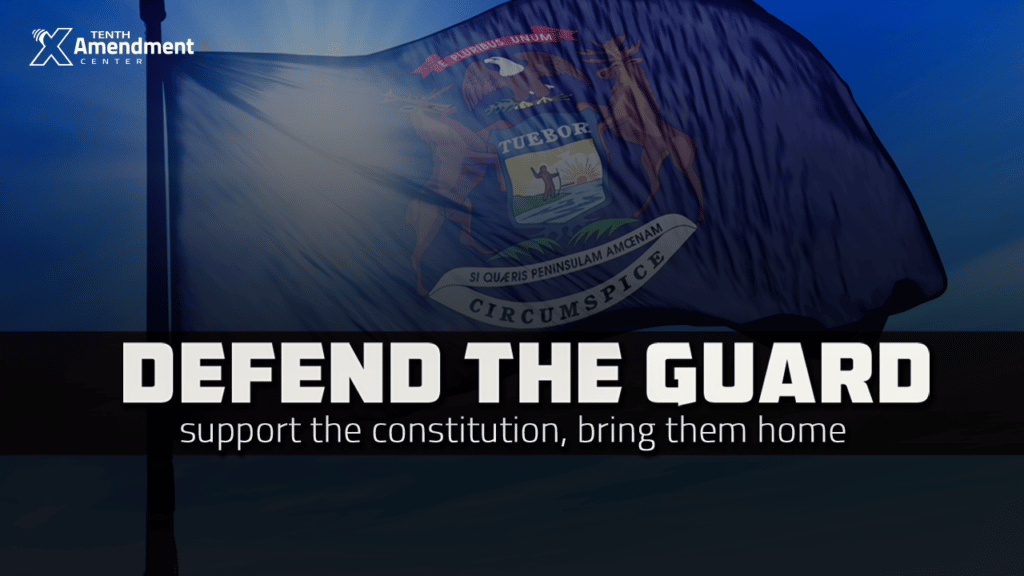 LANSING, Mich. (Jan. 11, 2019) – A bill introduced in the Michigan House would prohibit unconstitutional foreign combat deployments of the state’s national guard troops, an important step towards restoring the Founders’ framework for state-federal balance on the Guard.

Rep. Steven Johnson (R-Wayland), along with a bipartisan coalition of two Republicans and two Democrats, introduced House Bill 5320 (HB5320) on Jan. 9. Johnson joined the U.S. Air Force in 2009. He served for four years, leading a team working on nuclear missile electronics in Montana. He was recently named “most conservative house member” in Michigan by MIRS News.

The legislation would prohibit the deployment of Michigan Guard troops in “active duty combat” unless there is a declaration of war from Congress, as required by the Constitution. It reads, in part:

Guard troops have played significant roles in all modern overseas conflicts, with over 650,000 deployed since 2001. Military.com reports that “Guard and Reserve units made up about 45 percent of the total force sent to Iraq and Afghanistan, and received about 18.4 percent of the casualties.” More specifically, West Virginia National Guard troops have participated in missions in Iraq, Afghanistan, Libya, Kosovo and elsewhere.

Since none of these missions have been accompanied by a Constitutional declaration of war, the Defend the Guard Act would have prohibited those deployments. Such declarations have only happened five times in U.S. history, with the last being at the onset of World War II.

RETURNING TO THE CONSTITUTION

While getting this bill passed isn’t going to be easy, it certainly is, as Daniel Webster once noted, one of the reasons state governments even exist.” In 1814 speech on the floor of Congress, Webster urged similar actions to the Michigan Defend the Guard Act. He said:

“The operation of measures thus unconstitutional and illegal ought to be prevented by a resort to other measures which are both constitutional and legal. It will be the solemn duty of the State governments to protect their own authority over their own militia, and to interpose between their citizens and arbitrary power. These are among the objects for which the State governments exist.”

HB5320 has been assigned to the House Committee On Government Operations. It will need to pass by a majority vote in each before moving forward in the legislative process.

Michigan residents who support the bill are strongly urged to contact each member of the Committee and firmly, but respectfully urge them to vote YES on HB5320 when it comes up for a hearing and vote. Contact info for committee members can be found at this link.