Syria: From ‘no boots on the ground’ to (not so secret) forward operating bases 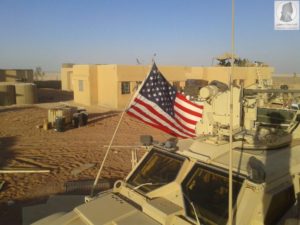 It’s a familiar pattern by now. From “we’re staying out” to “just some logistical aid to rebels” to “okay, some mere light arms to fight the evil dictator” to “well, a few anti-tank missiles wouldn’t hurt” to “we gotta bomb the new super-bad terror group that emerged!” to “ah but no boots on the ground!” to “alright kinetic strikes as a deterrent” to “but special forces aren’t really boots on the ground per se, right?” And on and on it goes.

As of this week the public is getting a rare glimpse of more US boots on the ground in southern Syria. Not just boots, but a US Special Forces Forward Operating Base, along with evidence of US operational control of a sovereign country’s border crossing.

Photos released by a news outlet affiliated to a Free Syrian Army-branded group show that US special forces have been conducting joint patrols in southern Syria near the Al Tanf crossing. The position of these troops has been the catalyst for US airstrikes against Iranian-backed groups in the area in recent weeks.

Hammurabi’s Justice News, a news outlet affiliated with Maghaweir al Thowra (MaT), has released several photos and videos in recent weeks showing US special forces conducting joint patrols with the group. In addition, several photos show fighters from MaT and American troops guarding the Al Tanf border crossing with Iraq. Special forces from other allied countries are likely featured in some photos, as British and Norwegian special forces are also in the area.

According to the commander of MaT, around 150 US special forces are stationed with the group near Tanf. The commander also said that five other countries have troops stationed with MaT, including two Arab states. MaT is the current incarnation of the New Syrian Army, formed with US support in 2015.

More importantly, upon reviewing the new photos every American needs to recall the history of politicians promising us “no boots on the ground” in Syria.

US covert train and equip programs in Syria (whether Pentagon or CIA) began under the Obama administration, but have more or less continued with some alteration under Trump, especially in southern Syria.

A little over a year ago, the US State Department gave one of the most bizarre and propagandistic Orwellian pressers in recent history concerning the nature of US troop presence in Syria. It is worth revisiting.

Perhaps now the argument would be… when is a special forces base not a “base”? Or, can you have a Forward Operating Base (FOB) with no “boots”? 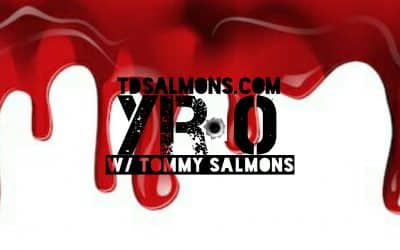 END_OF_DOCUMENT_TOKEN_TO_BE_REPLACED

How badly off course is the USA when the Chinese Communist Party's essentially fascist dictatorship can credibly laugh and mock our failures like this? The Clinton, Bush, Obama and Trump governments have driven this country into the ground with their horrible foreign,...