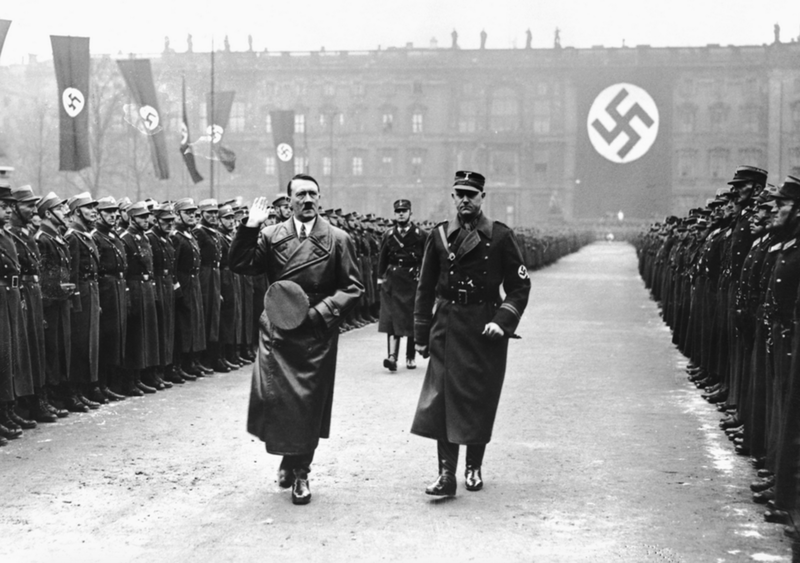 Apparently one of the latest things the cool kids are talking about is debating whether or not they would kill baby Hitler. Supposedly this is a bit of a “Pro Life” argument. Parenthesis used since both sides of this debate are so hideously titled.

This article is not about abortion by the way.

I don’t know Jim Wright. This Facebook post was the first I’ve ever heard of the guy. Don’t know his political leanings nor do I care. I used his post as an example. Everything written from here forward is not a condemnation of Jim personally. As far as I know, Jim and I might see most of the world quite similarly. Although on this topic, we do not.

This is not a judgmental ruling. I don’t see Jim as a “baby killer” or “monster” or whatever else he refers to being called by the masses.

I understand where he’s coming from. I get it. Given the misdeeds of Hitler and a handful of others he mentions in his post, it’s not as if those individuals didn’t earn such a fate. (though I don’t believe in the death penalty, nothing like teaching people not to kill by killing people…..)

I understand where Shapiro is coming from as well. I really do. Personally, I think abortion is a horrible thing. I do NOT, however, advocate the government intervening in the whole mess. There’s no good to be done here by political will.

Here’s the thing. The “I’d definitely kill Hitler” camp demonstrates the hubris of the Left. Jim himself may not even be on the Left, it’s irrelevant.

The Left is terrified of the “individual.” Purely discounting the demonstrable fact that without State systems of monopolized violence and centers of accepted authority, individuals are laughably powerless.

Without the State, Hitler is a silly little man with a wretched mustache.

Then you get in to the obvious time travel arguments, blah, blah. For sake of argument let’s simply assume all the associated paradoxes work out in our favor.  But seriously, once you’ve done this experiment 10, 12, 25 times and you’ve murdered 25 different babies, many that you’re digging in your original timeline to even come up with a reference and yet, the Holocaust STILL keeps happening, you eventually realize that perhaps there’s something more to this thing than the “individual.”

Now you’ve expanded your mind a bit and accepted the associated circumstances that created Hitler.

New plan! Because, you know, it would be really bad ass, if not only you could travel through time, but also come back and be able to say: “Look, I did something. I made a difference! I saved lives.”

Admittedly, that would be pretty sweet.

Let’s make this happen since we have the machine working and we’re tired of killing German babies to no avail.

Germany was ripe for a fascist populous movement because they had been railroaded by most of Europe with the treaty of Versailles.

Okay. How can we prevent that? The treaty was passed as it was because, in the end, Germany had been soundly beaten and forced to legally accept full blame for WWI. Even though, every grown, responsible adult understands that it takes two to fight……or 32, whatever.

It’s well known that fighting was moving to a standstill and all of Europe was rather war weary. Especially for a conflict that most of the populations had expected would only last 6-8 months. Germany was only beaten so soundly because the United States joined the fight at the last minute, tipped the scale and crushed the Germans.

Okay. Why were the Americans in such a strong position as to be able to join the War and make an enormous impact? Well, because they had forcibly unified in 1865 and had worked to build a formidable force for defense for 40 solid years.

Now, you suddenly come to the unfortunate realization that without Lincoln, there quite likely would never be a 3rd Reich or a Holocaust.

So, the tragic question. Would you kill baby Lincoln? If you could prevent the Holocaust?

Of course not, that’s silly too. (though I’m no fan of Lincoln, killing him wouldn’t solve much)

The whole point of this is the maligned view of the Left. Their hubris is what kills them, every time. And sometimes not just them, sometimes a couple hundred million others along the way.

The Left believes in the State (the Right does too sadly, but for different reasons).

The Left believes that individuals need managing and they can be successfully managed with a strong central authority.

Completely side stepping the reality that it’s the State itself, that grants authority and capacity for individuals to carry out the most heinous of crimes.

In the end, kill all the Hitlers you want I suppose. But until we divorce ourselves from these philosophies of force and control, there will be no shortage of Hitlers to kill. No end to State violence.

You see the symptoms. You’ve simply misdiagnosed the root cause and thus, prescribed the wrong vaccine.