Matt Tiabbi sets the record straight.  Who are the real whistleblowers?  They are people sitting in prison.  People that have had their lives destroyed.  What they are not is people that are protected by the so-called intelligence community. 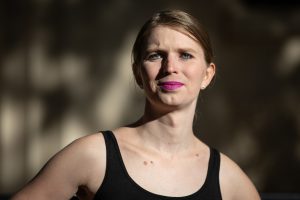 The unnamed person at the center of this story sure didn’t sound like a whistleblower. Our intelligence community wouldn’t wipe its ass with a real whistleblower.

Americans who’ve blown the whistle over serious offenses by the federal government either spend the rest of their lives overseas, like Edward Snowden, end up in jail, like Chelsea Manning, get arrested and ruined financially, like former NSA official Thomas Drake, have their homes raided by FBI like disabled NSA vet William Binney, or get charged with espionage like ex-CIA exposer-of-torture John Kiriakou. It’s an insult to all of these people, and the suffering they’ve weathered, to frame the ballcarrier in the Beltway’s latest partisan power contest as a whistleblower.

He even plays the audio of the Nuland-Pyatt coup plot of 2014 https://www.youtube.com/watch?v=Pw0ypSr1SGY

END_OF_DOCUMENT_TOKEN_TO_BE_REPLACED

The Antiwar Comic: The United States of Woke

It's so simple! For more comics, visit The Webcomic Factory.