The Price We Pay 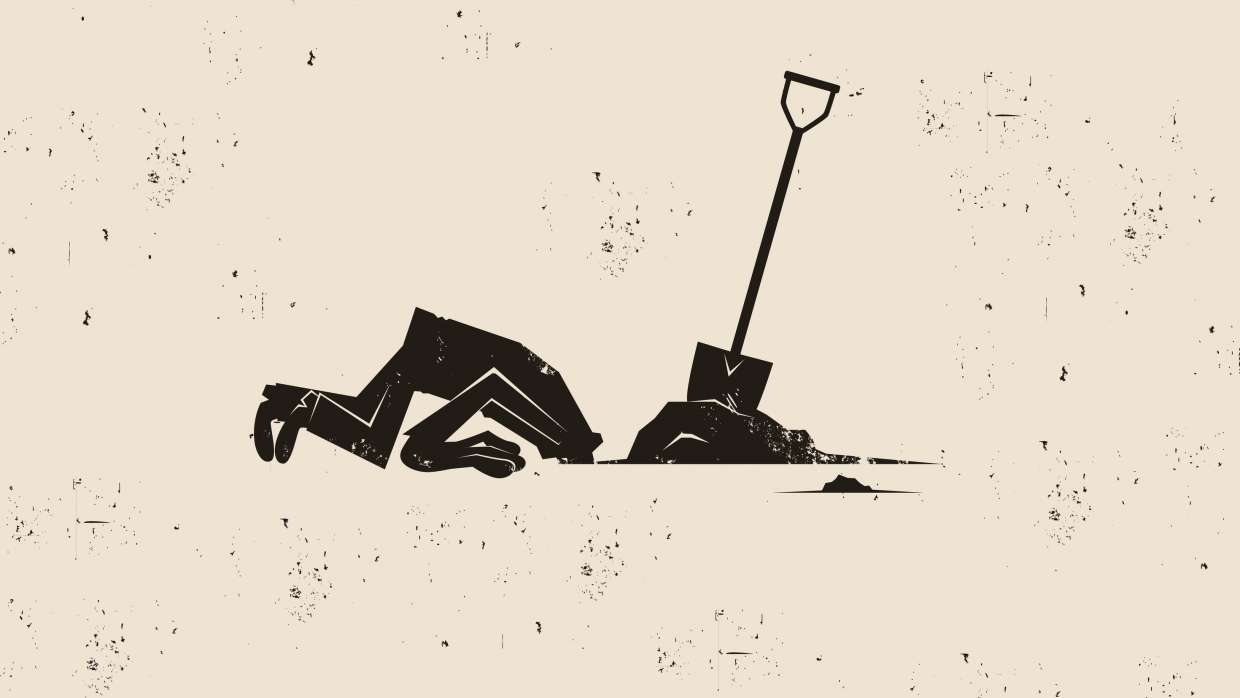 Recently I jumped in to a snake pit.

Don’t we all every once in a while? Sometimes I suppose those snakes are far too tempting and you’re just morbidly curious how you’ll fare and if you’ll survive. Better yet, perhaps you might even befriend a snake, wouldn’t that be the greatest feat of all?

After all, in the world of social media, they aren’t really snakes. They aren’t stupid. They aren’t any of the never-ending flurry of insults that we see coming both ways. Nor is anyone able to be understood with a clever meme in response to a serious and nuanced question.

The pit I refer to was Salon. I stay subscribed to quite a few liberal and progressive outlets. I have a strong desire to understand the points that are made within that community and the arguments laid out within their sphere of influence. It’s important to me. Rarely, actually never until a few days ago, do I bother commenting. Really what’s the point? Morbid entertainment? The odds of changing a mind through the venue of social media is surely close to zero.

So why now? What compelled my response? There was an article posted that likened Libertarianism to White Supremacy. Moreover, there was one popular commenter below that flatly stated every Libertarian he’d ever debated was an idiot who couldn’t see past their own selfishness.

Initially it was so tempting to simply point out that championing policy that forced strangers to care for others at the point of a gun, without sacrificing anything yourself, is quite fundamentally the opposite of selfless. But I digress.

To be fair, I don’t see myself as a true Libertarian. If I were forced to box myself in to a definable word, I would have to say the closest word would be Anarchist. I simply can’t justify the existence of the State. I would be willing to tolerate one, at some level and scope, grossly below the current level and scope, but I would still argue if pressed that even that wasn’t necessary.

I jumped in with a request to debate. I acknowledged upfront that I am, indeed, an idiot. I was willing to concede that I was the dumbest person on the thread. Who knows, maybe I was. It’s frankly irrelevant. But here was the premise that I wished to debate. The question put forth for each and every citizen of this country and really anyone living within Western society.

“Every government since the rise of nationalism has grown in power and control to the point of either committing democide or abetting democide with support and acquiescence. If the inevitable result of government is historically proven to be Millions of humans murdered, then wouldn’t it be far less selfish to not have one at all? If the price we pay for having a nice road or decent hospital or even a fire department is the ritualistic slaying of millions of innocent equals across the sea, then I’m sorry, I’d rather not have those things. If that’s really the price it costs. Should you not equally value human life and you feel the price is indeed worth it, then by all means enjoy your road and tax me what you will, but you do not hold the moral position in this argument.”

Did he take me up on my request to debate? No. He didn’t respond. I received a few comments that took the discussion down a slightly different tract which also flatly ended once I brought the basic question back to the one above.

It is a question I would like anyone to answer though. Especially Progressives.

Both sides of our political spectrum adore the Constitution and love to hold it over the other’s head whenever they feel it’s suitable or fits whatever argument they happen to be making at that time.

Here’s the reality of our Constitution. It has failed.

It has either: A. Endorsed our current government through design and intent. Or B. Failed to prevent our current government from metastasizing in to its current size and scope. It’s one or the other and which of those two is accurate is strikingly irrelevant. A couple of the founders would have no doubt adored the Leviathan our government has become. Most, I think, would not.

What is that price that I reference?

The price we currently pay or tolerate for what we refer to as modern society.

The single largest government in the history of our species. An organization that saddles its constituency in multi-generational debt. An organization that has stretched outward and pursued policies of Empire such that we manage and maintain a military presence at over 1,000 addresses in over 80 separate countries with some 138,000 military members stationed around the globe.

An organization that saddled it’s own soldiers with sickness and disease while causing, directly and indirectly, the lives of an estimated 500,000 children and noncombatants in the first Iraq War and subsequently stating for the record they believed that the price “was worth it.”

An organization that sent young men by force to die in Vietnam while killing or displacing millions of Vietnamese over a 10-year stretch.

An organization that has now unapologetically manufactured a 17-year war in the Middle East that has yet to see an end. A conflict that has once again killed many thousands of its own citizens while simultaneously killing or displacing literally millions of Middle Easterners. Sending our own troops home with lifelong injuries whether its missing limbs or having permanently lost a part of their own humanity. We’ve now lost more Veterans to suicide than we have in the active 17-year conflict. We Veterans, we’re not stupid, we see the pointlessness of these conflicts. We understand the pointlessness of the violence you force us to commit and witness. We suffer for you, the political class, not for our fellow Americans. We generally all come to understand this, as I did, far too late in the process whether all of us care to admit it or not.

Meanwhile, as these atrocities multiply, the citizens of the West find ways to distract themselves from this reality. An act of collective avoidance as a means of coping.

How do we do this? We all find ways in which to elevate our personal values. Something upon which we can grasp. Something where we feel we have an impact and believe we can make a difference with something, anything at all.

This is the root cause of the PC culture and victim mentality. This is why we experience a culture where we are literally dropping bombs on children in the morning and by the afternoon there are screams of outrage over perceived micro-aggressions. This is why millions of innocent people are displaced from their homes and the land they know and love one day, and the next there’s a viral video of a human being absolutely losing their mind because an employee at a store mis-gendered them when asking if they needed help. This is why weddings and school busses are obliterated by drone bombs at the very moment our public over here is embroiled over bathroom preferences and wedding cake rights.

I’m not trying to minimize your personal issues. I’m really not. I know they mean a tremendous amount to you individually and I respect that. But you know what? At the end of the day you’re still alive to be upset. Can’t we at least come together and ensure that we’re not responsible for killing innocent human beings before we stop and focus on our micro-aggressions? There’s no way to qualify the importance of one issue over another. It’s all subjected to individual preference. But can’t we all at least start at a broad understanding that losing your life against your will should be at the top of the list? Especially when we as a collective people have the ability to stand up, speak out and make this stop?

I really do believe that the root cause of the accelerated divisiveness in the West is the collective action of our entire population covering our ears, closing our eyes and screaming “LA LA LA I CAN’T HEAR YOU” at the top of our lungs.

It’s too painful to evaluate what’s taken place relative to our foreign policy.

It’s too painful to imagine that in some way we’ve been complicit in these actions.

It’s too painful to empathize with both the Americans as well as those abroad who have lost their children, their Mothers, their Fathers, their brothers and sisters……even their homes.

How do we ease that pain? By focusing our attention and intentional action on some small part of our personal world where we feel we have a voice. Where we feel we can make an impact in some small way. We do this as a sort of vindication.

This vindication is paramount for our individual sanity. This is why heels are so staunchly dug this past decade or so. Sure, the dawn of the internet has absolutely fueled this phenomenon. But at its root, is the necessity of being right about something. Seeing oneself on the side of morality. There’s no longer any give within our culture. There’s little compromise remaining.

As a result, we’re losing grip of the very culture we grew to love so much and cherish so greatly.

That, my friends, is the true price we pay.

And I ask again, one last time for anyone willing to answer.

Is the price we pay worth it?

Or can we possibly find a solution that carries a price we can all afford?

Scott Shearin is a 13-year military veteran having served 8 years enlisted in the Marine Corps and 5 years commissioned in the Army National Guard. He is a serial entrepreneur currently most focused on finding employment for military veterans within private sector employment.