No surprise. I don’t expect this to change under Biden (or any president). While he didn’t make the worse pick for Secretary Of Defense, he did pick an ex-military four star general that took the all to common career path. Military – head of Centcom – retire – work for hedge fund that invests in defense contractors and government contracts – Board of Directors at Ratheon – back in government as SOD. 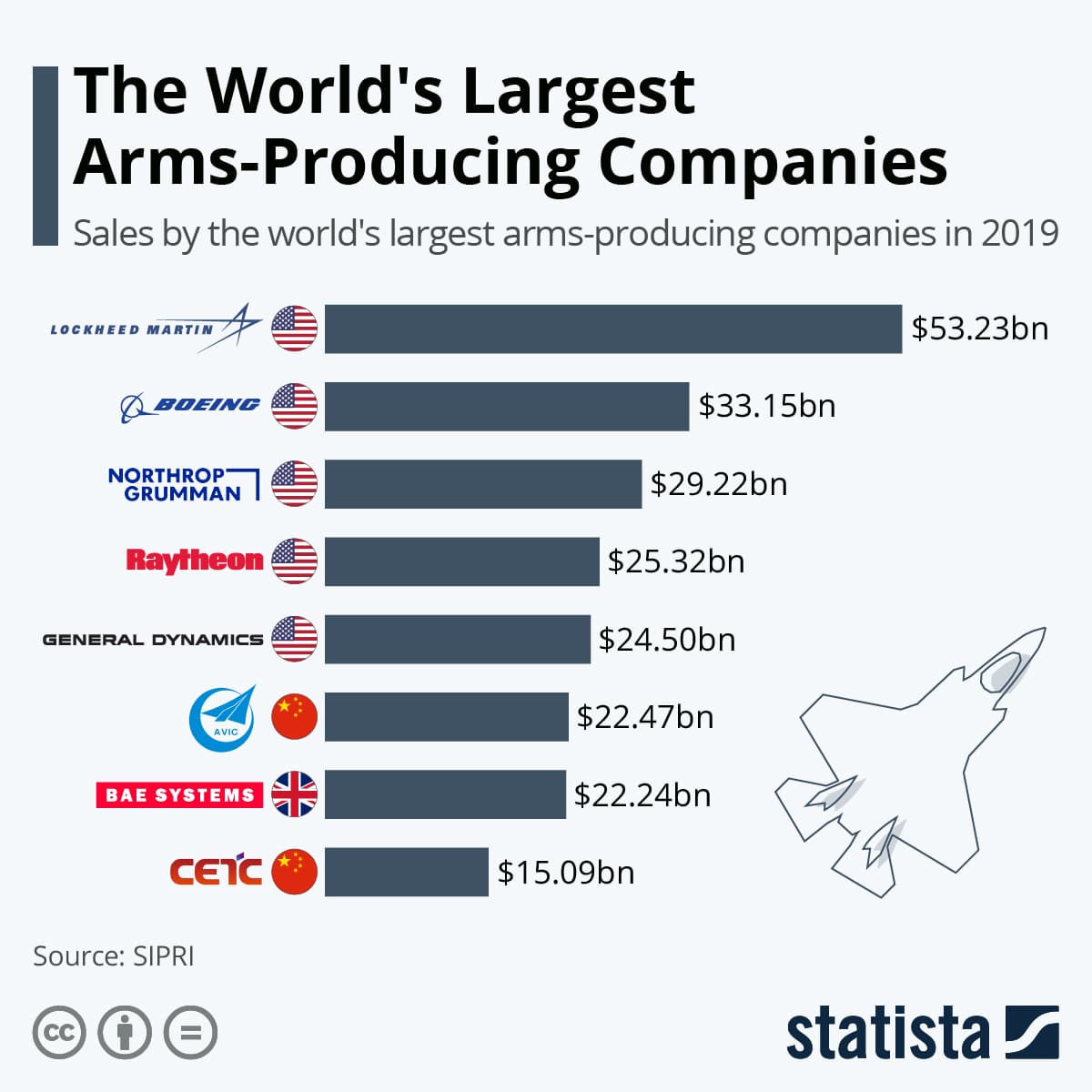 Last year, sales by the world’s 25 biggest arms companies were 8.5 percent higher than in 2018, totaling $361 billion, according to new data released by SIPRI. The 12 American companies in the top 25 accounted for $61 percent of that total. Lockheed Martin retained its place at the top of the biggest arms-producing companies with $53.23 billion in sales. Boeing’s arms sales came to $33.15 billion last year while Northrop Grumman came third with $29.22 billion.

SIPRI noted that the Middle East is now represented in the top 25 for the first time. EDGE was formed by the merger of 25 smaller companies and it accounted for 1.3 percent of the list’s total arms sales. There are three Chinese companies in the top 10 and a total of four in the top 25. They grew their sales by 4.8 percent between 2018 and 2019, mainly due to modernization programs being carried out by the People’s Liberation Army.