They Never Give Up And Neither Should We

They are well funded, they have institutional power, they have found a new home in the democrat party and they never back down. 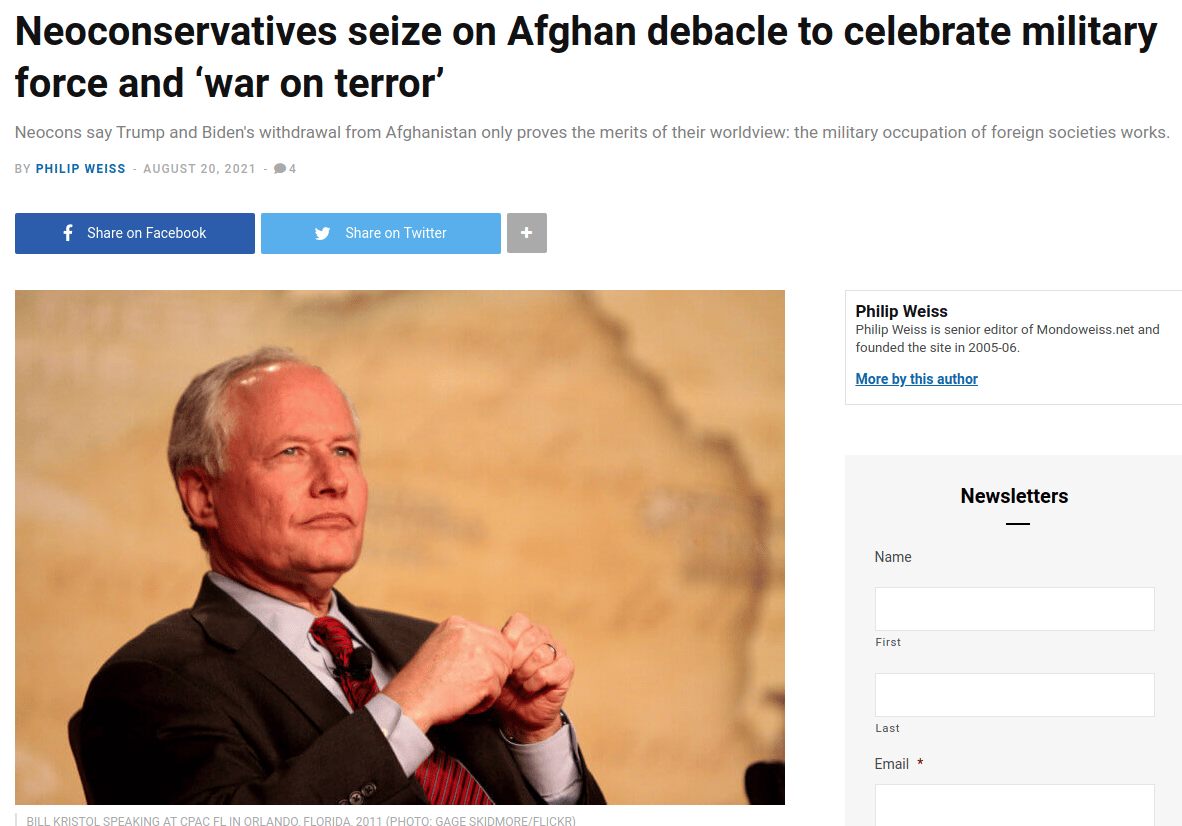 You would think that the Afghanistan debacle is another blow to neoconservatives: That the school of foreign policy experts inside the Beltway who gave us the Iraq war would be further discredited by the fall of Afghanistan. That America’s humiliating defeat and the Taliban’s swift return to power despite 20 years of our remaking that society in our own image would crush the neoconservative doctrine of using overwhelming American force to impose “democracy” across the Middle East and thereby create a friendly neighborhood for Israel.

And you would be wrong.

In fact the neoconservatives are landing on Trump and Biden’s withdrawal from Afghanistan to argue that it only proves the merits of their worldview: the military occupation of foreign societies works, the Afghanistan war and the larger “war on terror” was actually a great success, and now the United States’ loss of appetite for military force is creating a power vacuum that will embolden jihadists and compel the only democracy in the Middle East — Israel — to step up to the plate.