This Isn’t Going To Fit The Current Narrative

More calls for gun control after Philadelphia standoff with police but this man was a convicted felon.  What specific laws could have stopped him since he was apparently undeterred by laws we currently have – confiscation, ending all gun sales, tougher sentencing laws?  Give us some specifics – what laws should be passed Mayor Kenny?

Police sources identified the gunman in a standoff at a Tioga apartment building that left six police officers injured as Maurice Hill, 36, a Philadelphia man with a lengthy history of gun convictions and of resisting attempts to bring him to justice. 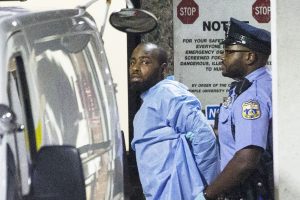