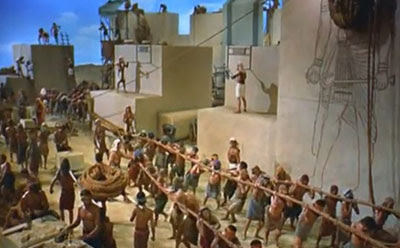 “Liberty, if I understand it at all, is a general principle, and the clear right of the subjects within the realm, or of none,” declared British statesman Edmund Burke in an April 3, 1777 message to the Sheriffs of Bristol. “Partial freedom seems to me a most invidious mode of slavery. But, unfortunately, it is the kind of slavery the most easily admitted in times of civil discord: for parties are but too apt to forget their own future safety in their desire of sacrificing their enemies.”

The tyrannical measures that had provoked the American rebellion, wrote Burke, threatened liberty throughout Britain’s dominions. Once imposed in a time of crisis, he explained, they “may be advanced further and further at pleasure, on the same argument of mere expediency.”
Thomas Hodgson is a sheriff of Bristol — in this case, Bristol County, Massachusetts — and a very different kind of “public servant” from those to whom Burke sent his message. Indeed, he seems to embody the preference for authoritarian expediency that Burke condemned, as demonstrated by his suggestion that the federal government should conscript prison labor to build Donald Trump’s proposed border wall.

“I can think of no other project that would have such a positive impact on our inmates and our country than building this wall,” insisted Hodgson during the swearing-in ceremony for his fourth term. “Aside from learning and perfecting construction skills, the symbolism of these inmates building a wall to prevent crime in their communities around the country, and to preserve jobs and work opportunities for them and other Americans upon release, can be very powerful.”

Hodgson used his inaugural speech to announce an initiative he calls Project N.I.C.E. – National Inmates’ Community Endeavors – through which prison convicts and inmates of county jails would provide what he calls “volunteer” labor for disaster relief and other government public works projects.

“We need to turn this country around and put law and order back in place,” insisted Hodgson. “That’s why today, I am making a formal offer to President-elect Trump that inmates from Bristol County and others from across the nation through Project N.I.C.E. will help build the wall.”

Hodgson’s call for a nation-wide levee en masse of prison labor assumes a steady supply of convicts – and the State excels at making innocent people into criminal offenders.
Contrary to what Trump and his most eager acolytes would have us believe, there is no paucity of “law and order” in American society. The level of violent crime remains at or near an historic low, even as the prison population continues to expand.

Adjusted for our larger population, there was a fifty percent decline in robbery during the same period, and an overall 48 percent decline in property crime generally.
Similar trends are seen in the number of on-duty police officer deaths: During the Reagan era, the average annual rate of officer fatalities was 189, compared to 135 during the Obama presidency.  Last year, there were 140 on-duty fatalities, a little more than half of which (77) were homicides.

With the decline in crimes against both property and person, the State has turned to prohibition as a way of feeding its carceral apparatus. In 2015, arrests for marijuana possession outnumbered arrests for all violent crimes. This may be seen as either the final throes of a dying institution – or the beginning of its revival, under anti-marijuana obscurantist Jeff Sessions.

The population from which Hodgson would collect his slave labor force would be – overwhelmingly, if not exclusively — non-violent offenders. Most of those conscripted from county jails would be hapless, economically marginal people incarcerated for petty violations of useless municipal ordinances, including those whose “offense” consisted of such things as failing to manicure their yards to the satisfaction of code enforcement officers.

Indeed, the reason such statutes were enacted to begin with was to provide a steady stream of fine-generated revenue, and a self-sustaining supply of inmate labor. This is documented in Douglas A. Blackmon’s book Slavery by Another Name. Blackmon’s research led him to conclude that municipal ordinances in the post-Emancipation South were designed and enforced with the purpose of producing large pools of inmate labor to be leased to large corporate interests. Other versions of this analysis had been advanced earlier in criminologist Thorsten Sellin’s study Slavery and the Penal System, and David Oshinsky’s book Worse Than Slavery.

Blackmon’s account begins with the story of 22-year-old Green Cottenham, who was arrested for “vagrancy” by the sheriff of Shelby County, Alabama. “Vagrancy” was the stickiest of catch-all charges used to round up anyone unable “to prove at a given moment that he or she [was] employed.”

At the time and place of Cottenham’s arrest, the charge was most frequently used to justify the arrest of young black men, many of whom were itinerant workers seeking gainful employment. Cottenham was quickly convicted following a burlesque of a trial and sentenced to thirty days of hard labor.

In a fashion instantly familiar to most people incarcerated today, Cottenham was unable to pay an array of “fees” that accompanied his spurious incarceration. So the thirty-day sentence was quickly expanded to a full year. Immediately thereafter, Cottenham was “leased” — or, as his parents, both of whom former slaves, would put it, sold — to the Tennessee Coal, Iron, and Railroad Company, a subsidiary of U.S. Steel.

One of thousands of black men vended by sheriffs across Alabama, Cottenham was dispatched to work in Slope No. 12, a coal shaft that formed part of the Pratt Mines near Birmingham.

“Imprisoned in what was then the most advanced city of the South, guarded by whipping bosses employed by the most iconic example of the modern corporation emerging in the gilded North, [Cottenham and his co-workers] were slaves in all but name,” observes Blackmon.

Thousands perished from disease, overwork, and accidents, their mortal remains interred in shallow graves not far from where they expired. All of this is seen as an indictment of a barbarous past we have supposedly transcended. But the system described by Blackmon — opportunistic law enforcement feeding non-violent offenders into a penal system hard-welded to government-favored corporations – still exists.

Like Communist China, the American Soyuz has a Laogai (“reform through labor) prison manufacturing system. Working through Unicor, a public-private partnership created during the Great Depression to create “factories with fences,” corporations employ prisoners to manufacture products from designer jeans to computer circuit boards.

The entities that profit from the American Laogai would be eager to participate in Donald Trump’s border wall project, which would be among the largest corporatist undertakings since the New Deal. Law and Order Leninists would be thrilled by the spectacle envisioned by Sheriff Hodgson – until they learn, in the most unpleasant way imaginable, how easily the State can turn harmless people into slaves.

This week’s Freedom Zealot Podcast: Debtor’s prisons are illegal — and ubiquitous in the American Soyuz —

Help free minds from government cages: Visit the Libertarian Institute, and share it with your friends.