Tales from the Monetary Empire

After hearing January 3rd’s episode of Tales From the Crypt, it’s an understatement to say I’m inspired by Alex Leishman and his mission to bring free banking to those who need and deserve it most. Responsible banking is long a thing of the past. No proof of reserves? No use in offering financial services. Period. What is the point if most Americans can’t even make interest on their savings? It’s only a matter of time before negative interest rates become a reality in the states just as it already has in many countries. Instead, Keynesianism plagues the minds of not only Americans but the rest of the world. They’re incentivized into irrational spending of funds and resources that shouldn’t be spent, or worse, don’t even exist.

It’s no surprise the price of BTC shot up over the weekend. After the President ordered the killing of Iran’s most popular general, oil prices soared past $70 a barrel. Saudi stock prices dipped in fear of Iranian retaliation via attacking oil infrastructure in Saudi Arabia. Naturally these tensions lead to gold reaching its highest level in seven years as global investors are looking for safer and reliable options. Is bitcoin one of them? Could bitcoin fulfill Nik Bahtia’s prediction of becoming apart of the triumvirate of liquidity sooner than we think?

Won’t authoritarians learn from their past authoritarians? This is how empires fall. Inflating the money supply for corporate, imperial greed. FDR confiscated gold via executive act 6102. Maybe we should be lucky we haven’t reached hyper bitcoinizaiton? Otherwise, would our government attempt to seize or private keys? Come knocking on the door and threaten you and your family at gun point to hand over your bitcoin because it’s the only sound currency on Earth that can pay to fund a world war?

The mere fact Alex was mocked by friends and family in civil society for questioning why the Federal Banking act isn’t illegal is appalling. God forbid anyone thinks for themselves these days. These are the kinds of questions everyone should be asking. It’s not a conspiracy to consider that this is intentionally programmed into the failed system, dictated by corrupt authoritarians. Ray Dalio was right when he wrote that profound blog post on LinkedIn, “The World Has Gone ad, And The System Is Broken.”

It was questions like this that Ron Paul was criticized for asking during both of is Presidential campaigns. The hard truth is, nobody asks these questions because they’re either ignorant of the problems, or they wanna keep their cushy, or sticky waged jobs as they count their fiat before bed. Can you blame them though? As much as it kills me to ask that question, it’s also a hard truth that not just bitcoiners, but anyone who’s knowledgeable of how this crippling financial system dominates the world is what inconceivably keeps it rotating on its fragile axis. At any moment that axis will snap and have us hurtling straight into that black hole sun of our desolate future that (quite literally) will bleed us into bankruptcy. As Ron Paul states many times over, this is not what the founding fathers wanted. This is not the American Dream.

Interventionism for imperialistic wet dreams (nightmares rather), as well as economic interventionism, is anti-American. Therefore, being anti-bitcoin is anti-American, and so is war. Land of the free? Home of the brave? How is any of that possible when government has total control of the fruits of your labor? Where your money goes, who you’re allowed to send money to and when. Satoshi Nakamoto’s goal was to cure the economic cancer that is the Central Banking system: a permission-less, P2P cash system. For once, voluntary participants of the network are now able to seize full financial sovereignty by running a full node. These new-born sovereign individuals are validating that every transaction is true, not counterfeit, and that you are the sole owner of this bearer asset that is digital gold.

This, bitcoin, is the very first time in the world that we as individuals actually own something. As Marty brings up at 28:40

“what do you really own at the end of they day?”

“How we move our money is how we express our desires.”

If this is taken away from us, then we have no say in what we believe in. We can’t boycott a military industrial complex. We are slaves.

Like bitcoin, River Financial is competing with the Central Bank by offering a robust, secure service built on sound policy of human incentive (if being self-hosted in a volt worth a couple grand isn’t enough for you, tough). Having Executive Act 6102 framed on the wall in the River Financial office should be a tradition and custom in every financial institution in America, to remind them that governments can seize the wealth of individuals in an economy that lacks a truly free money. It’s a reminder of what this country was founded on, and how important property right are to individual liberty. The hope and will for new, earned opportunities. To lavish in the fruits of your hard, well-deserved labor. To invest in yourself so that you can nurture the skills necessary for maximal success, and minimal force. Bitcoin is the juiciest fruit of my labor, and River Financial is ready to garden and ripe for the pickings.

Reason magazine's Elizabeth Nolan Brown has a great run-down of all the power-mad police state freaks exploiting the Coronavirus crisis to expand their powers over Americans lives. As the old flyer a punk-rocker handed me on the drag across from UT Austin back in 1993...

END_OF_DOCUMENT_TOKEN_TO_BE_REPLACED

See here: "In Hong Kong, there was never any doubt about the need for face masks. Most people here, including an epidemiologist helping guide the response, are adamant that widespread mask use has been crucial in keeping the city from becoming a viral hot zone. “If...

END_OF_DOCUMENT_TOKEN_TO_BE_REPLACED 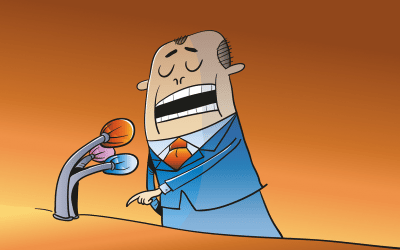