Today Bring Our Troops Home, a national organization of Global War on Terror veterans, called on Wyoming Representative Liz Cheney to stop using the U.S. Constitution “as a media prop” and support congressional war powers as stated in Article I, Section 8.

“It is time for Liz Cheney to either put up or shut up. In a weak attempt to defend herself after the Republican National Committee rebuked her, Cheney tried to claim she was standing on constitutional grounds. It is a lie,” said Sgt. Dan McKnight, Chairman of Bring Our Troops Home.

In reaction to the censure enacted Friday by the Republican National Committee, Rep. Cheney made the following statement:

“I’m a constitutional conservative and I do not recognize those in my party who have abandoned the Constitution…I will never stop fighting for our constitutional republic.”

“There is at least one provision of the Constitution that Liz Cheney has complete disdain for,” continued McKnight, a thirteen year veteran of the U.S. Military, including time spent in the Marine Corps Reserves, U.S. Army, and Idaho National Guard. “The U.S. Constitution places sole and exclusive authority to make war in the hands of Congress. Article I, Section 8 is written there in black and white. But Rep. Cheney and those of her warmongering ilk ignore that critical restriction.”

“Without a formal declaration of war from Congress, the U.S. military should not be involved in foreign conflict, including in Ukraine. Only the elected representatives of the people have the right and authority to commit our sons and daughters to combat. But Liz Cheney has always disrespected that part of our founding document,” said McKnight, who served an eighteen month combat tour in Afghanistan, 2005 to 2007.

“Rep. Cheney says she wants to live in a ‘constitutional republic.’ But a humble republic does not police the world. It doesn’t fight endless wars, or occupy other countries for decades,” McKnight said. “Everything Liz Cheney has worked for in American foreign policy is toxic to traditional conservatism. Like her father she represents the modern global empire, not the American republic founded by Washington and Jefferson.”

“This two-faced hypocrisy by Rep. Cheney must end. If you are in favor of the U.S. Constitution as you claim, then commit to enforcing congressional war powers, including a declaration of war before any American participation in a conflict in Ukraine. But, if you are what millions believe you to be, a lobbyist for the defense industry and the globalist agenda, then find the courage to stand up and say so, instead of using the document I swore an oath to defend as a media prop,” McKnight concluded. 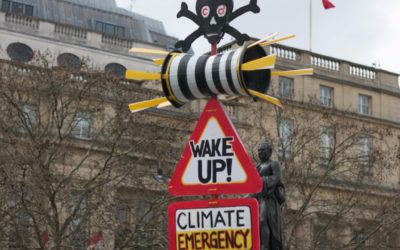